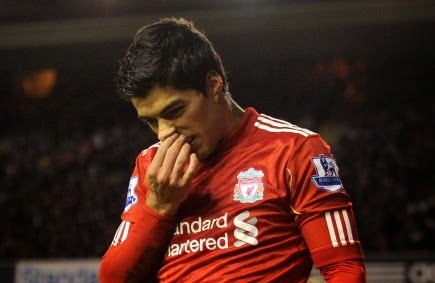 It’s Monday, January 12 in the year of our lord (Sepp Blatter) 2015 and everyone’s favourite football governing body has handed out a few awards.


Unable though to take a simple leak in a urinal without spraying piss all over the floor, FIFA have announced a World XI that is as laughable as their claims of integrity.

Although there are a few obvious names on the list like the bronzed Cristiano Ronaldo, noted tax dodger Lionel Messi and the 57 year old wing wizard Arjen Robben on the team, there are some inclusions that have prompted howls of derision on social media.

First of all FIFA, also known as the Swiss Mafia, hung on to the rule that there has to be a Barcelona midfielder on the World XI, despite the fact that Barcelona weren’t very good in the last calendar year and the player in question, Andres Iniesta, looked tired, sweaty and balding at the World Cup for Spain.

The defense is where things get really hilarious though. To start with we have Thiago Silva, who is a good defender that plays for the only decent team in France and had a decidedly average to poor World Cup, the excellent Phillip Lahm, who actually played most of last year for Bayern as a defensive midfielder and it’s really a defender in the true sense anymore, Sergio Ramos who is always a calamity waiting to happen for club and country, and then the funniest of all… David Luiz. They actually included the clown of World Cup 2014, who cried and capitulated as the German’s ran riot in the Semi Final. He was also decidedly average for Chelsea last season, before his ridiculously overpriced move to PSG.

David Luiz’s inclusion is almost as hilarious as the World Cup going to Qatar in 2022.

On a somewhat controversial note, some are arguing that Angel Di Maria shouldn’t be in the XI, after his injury plagued and somewhat spluttering start to life at Old Trafford, after his move to Manchester United from Real Madrid last summer. Di Maria was impressive for Madrid in 2014 and did play a prominent role in Argentina’s run to the World Cup Final, so I’m willing to give him the benefit of the doubt though. 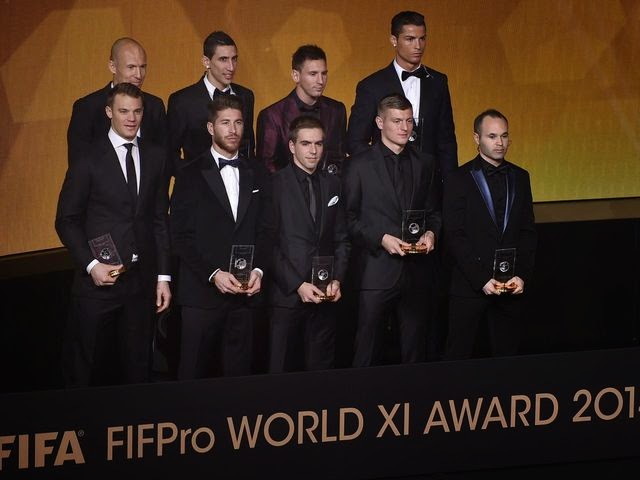 In terms of exclusions, there was no place for 2014’s breakout star James Rodriguez, and despite him sinking his teeth into a bit of Italian in Brazil, it was a poor decision to exclude Luis Suarez, who nearly single headedly dragged Liverpool to their first title in 24 years. Likewise, Gareth Bale, Diego Godin, and Diego Costa will feel a bit hard done by.

It also seemed that despite Atletico Madrid’s heroic La Liga title and run to the Champions League Final, they still aren’t fashionable enough to warrant anyone in the World XI.


Apparently the team is made up of votes by players, but if that’s the case you have to wonder if the players put any thought into these selections at all?
SHARE SHARE SHARE