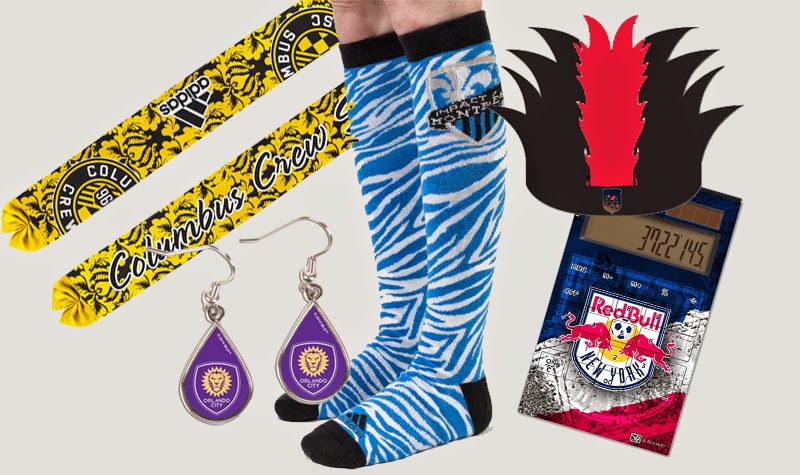 Every professional club shop has at least one item that makes us think "who came up with that? and are they fired yet?". Today we take a look at Major League Soccer and pick one item from each team's store to make the ultimate WTF list of MLS products.

Ever wanted to feel proud of being a Chicago Fire fan, but don't want to be too flashy (or for anyone to notice at all)? Why not get this 4-pack of valve stem covers, the most unnoticeable way to scream out I LOVE THE CHICAGO FIRE, very quietly. 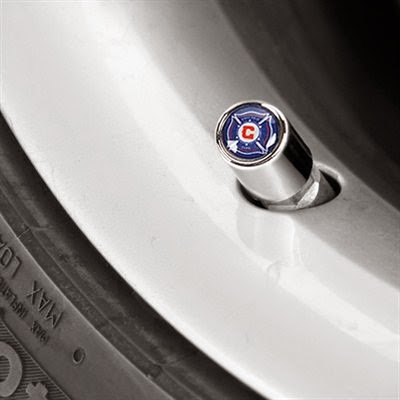 Nothing shows that you have a great sense of style like this sky blue rubber watch. Also, it doesn't have the digits, so you can always impress your friends by telling them the time without even looking at your wrist. 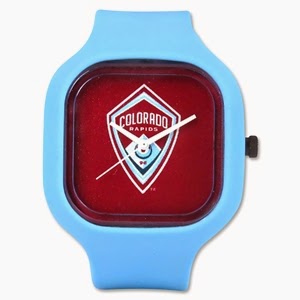 "Classy chick" will surely be on everyone's lips when your lady friend busts this number out to that symphony orchestra you're taking her to. 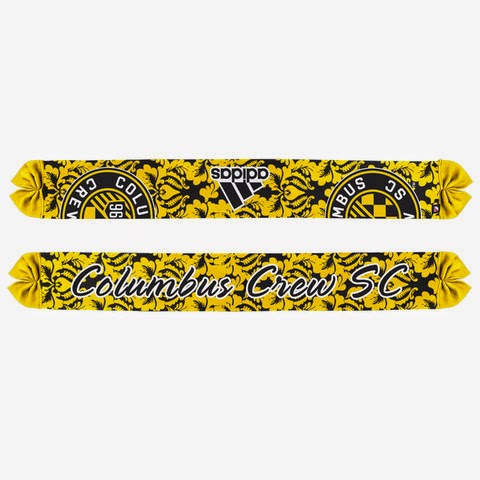 Fuzzy is the key word here, because obviously anything fuzzy is very cool. I'm sure every European Ultra group would wear these if their club made them. 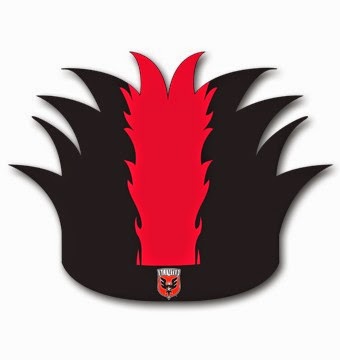 So it seems that people in Dallas did not watch even one match from the 2010 FIFA World Cup in South Africa, because if they did they would know that this product is nothing but a very cheap plastic horn that would make you want to chew your own ear off with a single blow into this nightmare instrument. 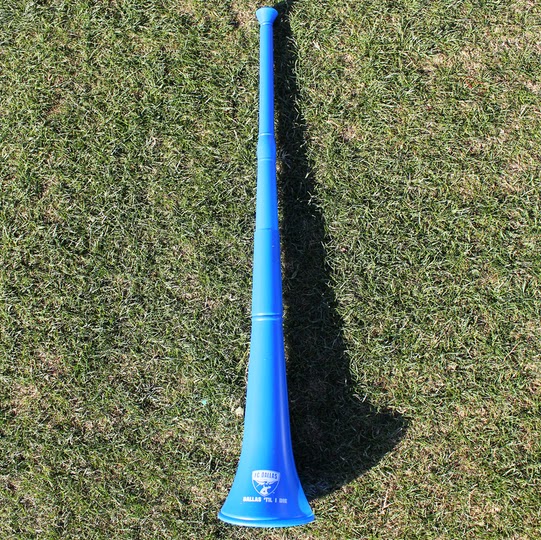 Now, there are gnomes and then there is this redneck Santa Clause wearing a cowboy outfit holding a football. 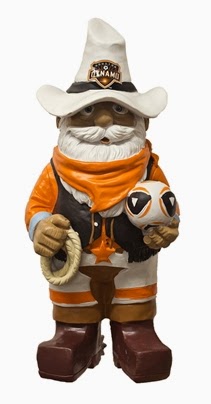 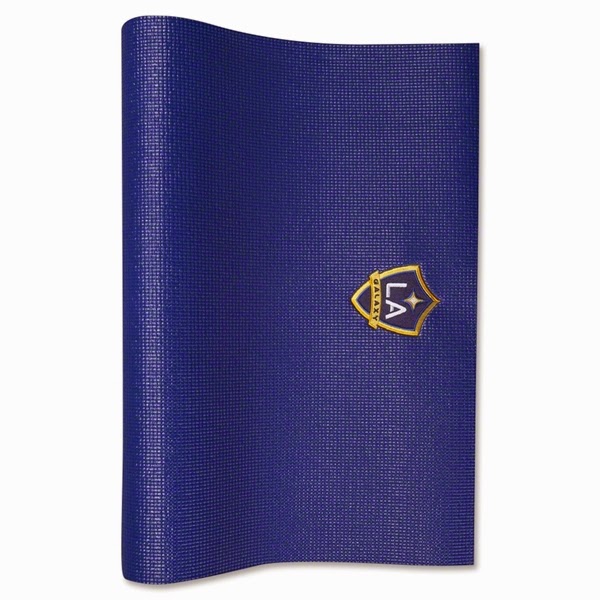 Naming this product in French makes it no better. First of all, I'm not sure how a zebra print is supposed to make you a hardcore supporter and secondly, we all know zebra's never come in blue and white. 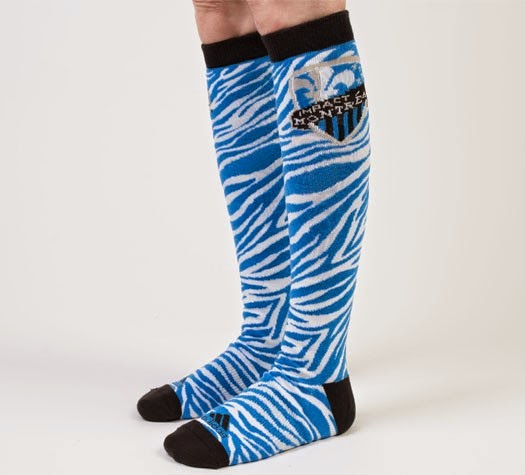 Perhaps this is not a terrible product, but the way the designer decided to break the lettering every time I read it, it goes something like this:
NEW
ENGL
AND
.....and what? 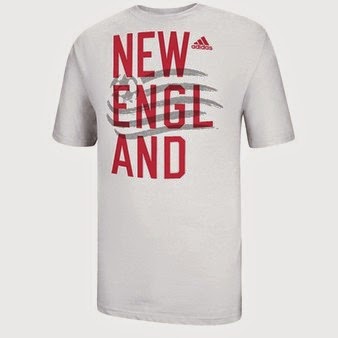 I just can't wait to rip off my Ferrari emblem and super glue this instead to the grill of my ride. 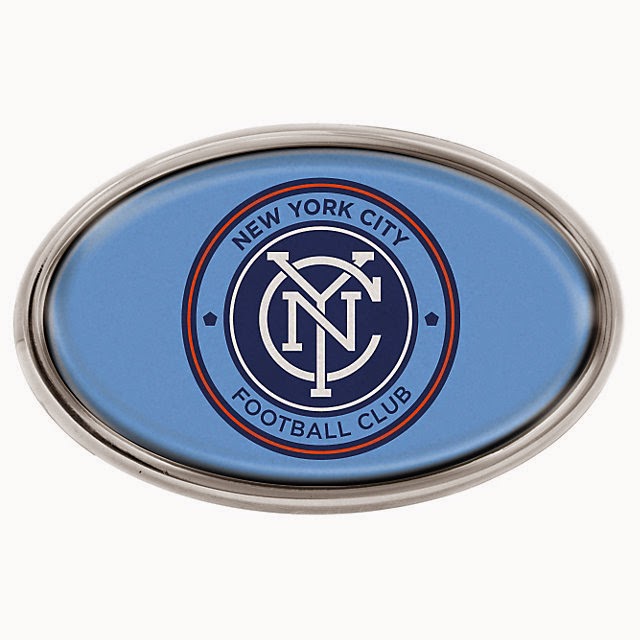 If you're using a calculator it usually means that the question is already annoying and confusing, the last thing you would want is for the calculator machine to add to the confusion and stress level. 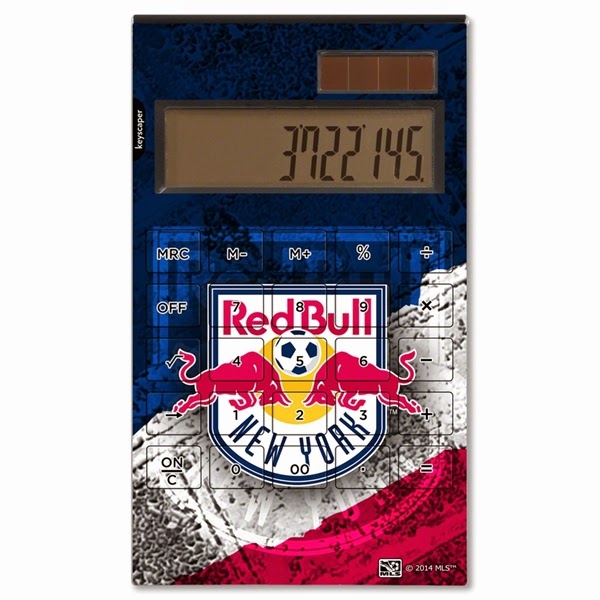 You're the man! you just got your woman this shiny set of earrings for your 6 and 1/3 montherversarry. She will be so excited when you give her this incredible gift wrapped in newspaper. But don't forget to take off the price-tag, after all you don't want her to know that you spent a whole hour of your minimum wage pay on her. 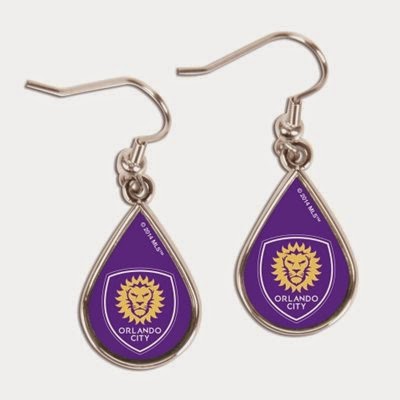 It's on sale, what are you waiting for? Usually you can't even get a regular toque for this kind of money, but with the "dreds" this product pays for itself (somehow). 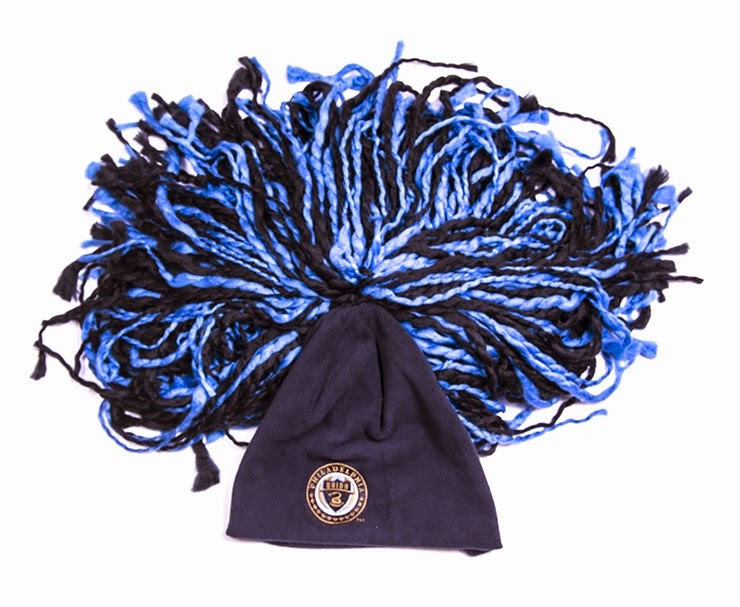 Portland is one odd city with many a weird people residing within its borders. So it's no real surprise that the Timbers online shop would have many odd products such as this mustache thing. 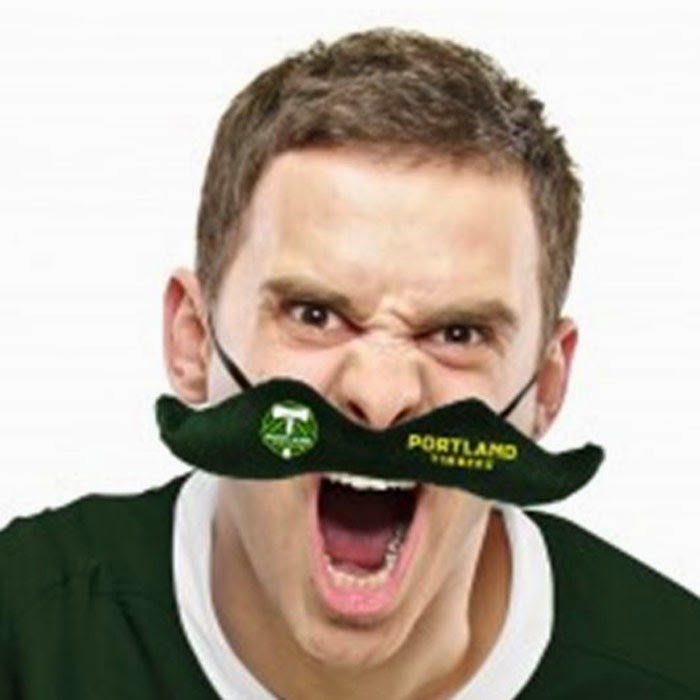 Forget about Bob Marley, Kyle Beckerman is the Lion of the north it seems. On the other hand, if you really look closer, it seems that this painting depicts a Lion chasing the RSL midfielder, who in turn is literally kicking and screaming. 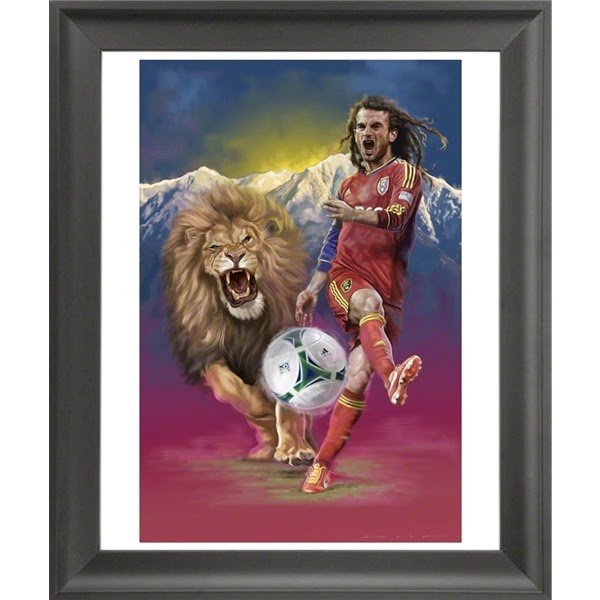 Ahhhh, because nothing says I'm a huge soccer fan like an angry soccer ball with a mustache holding a scarf of your favorite team's scarf. 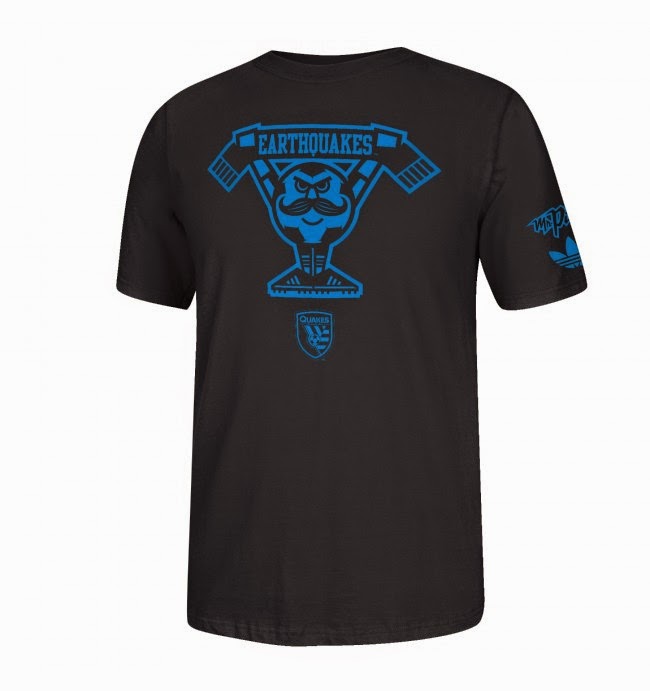 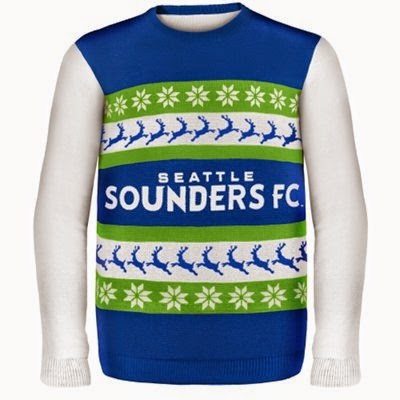 Sometimes going "retro" is great for selling team merchandise. In this case however, the old "WIZ" colors and design are something that perhaps should never be brought back. 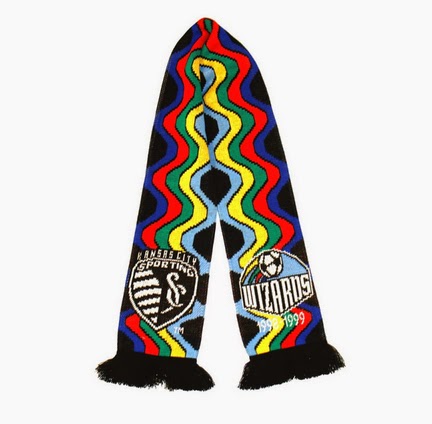 Want to become a TFC fan but don't have the time to go to matches, spend countless hours following the team and accumilating fan gear over the span of a few years? You're in luck! Now you can buy everything you need in one neat package. This "Fan Pack" has the always useful plastic bag, the scarf to keep you warm on those April game-days, a TFC soccer ball to put in the garage to collect dust, a key chain to make your keys even heavier than they are now, a metal water bottle to give to your wife to take to yoga and of course the large foam finger you can stick up your ass to see what hurts more...that or not making the playoffs every year. 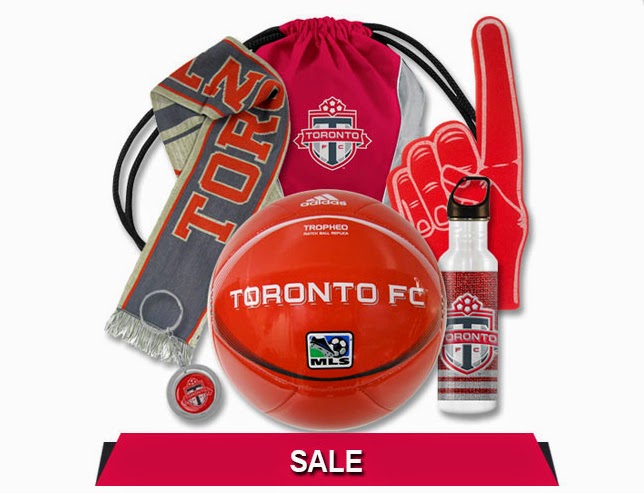 If I was Richard Simmons and a Whitecaps FC fan, I'd be all over that! 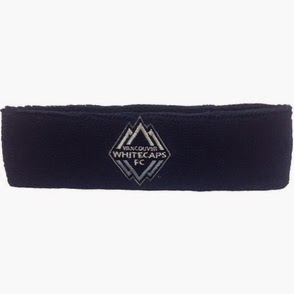