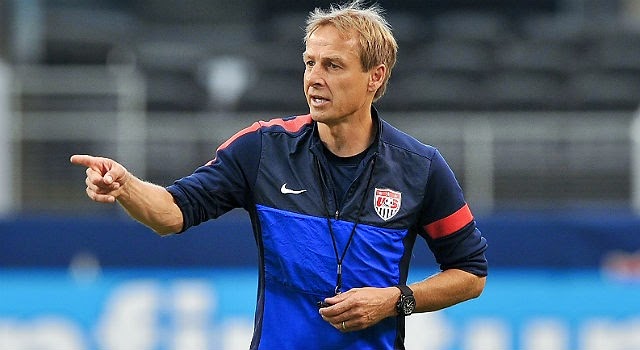 US Men's National Team head-coach Jürgen Klinsmann is a well known former German international and a football icon with clubs such as VfB Stuttgart, Inter Milan, Tottenham and Bayern Munich. But while his illustrious career has been documented time and time again, there may be still a few facts that may surprise some football fans that are perhaps not experts on everything Jürgen Klinsmann.

Scoring was never an issue

When Jürgen Klinsmann was just 8 years old, he joined a youth club for the first time. In his very first year with amateur club TB Gingen, Klinsman would go on to impress in one particular match, scoring 16 goals in that one game.


Who is Jay Göppingen of Orange County?

After retiring from professional football and moving to the United States, Klinsmann decided to get back in the game "for fun", so in 2003 the former German international icon joined a small club by the name of Orange County Blue Star in the USL Premier Development League. But instead of using his real name, the striker who was born in Göppingen, Germany decided to go by the pseudonym Jay Göppingen. 'Jay' would go on to score 5 goals in 8 matches for the Blue Star.

So far in his managerial career Klinsmann is enjoying a particularly impressive winning ratio. With every team he has managed thus far, Klinsmann has managed to lead his squads to at least double the amount of wins compared to the amount of losses. Sure, it may have not been as hard to do with the German national team and Bundesliga giants Bayern Munich, but even with the US Men's National Team Klinsmann has so far reached 33 wins and just 15 losses. 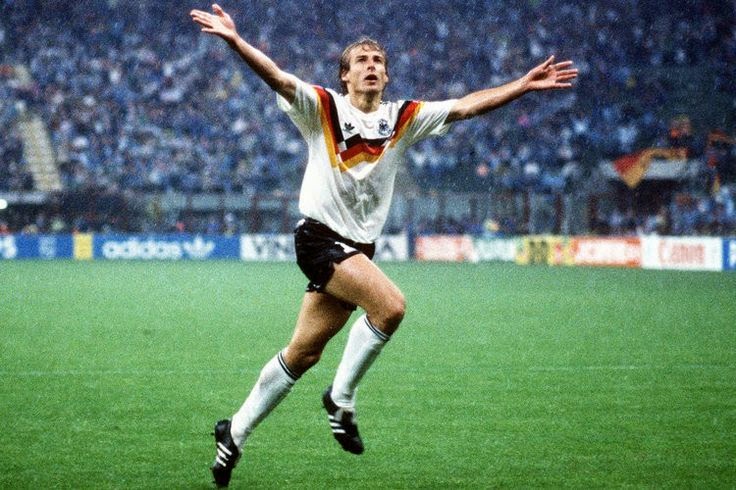 Following in the footsteps of his baker father, Jürgen Klinsmann is designated a 'Journeyman' baker. In Germany a 'Journeyman' refers to a person who has completed an apprenticeship and is fully educated in a trade or craft. Klinsmann's family owns a bakery in the Botnang district of Stuttgart, Germany, so Klinsmann has appropriately been referred to in that vacinity as the "baker's son from Botnang"

Since being called up to the German national team in 1987 (West Germany then) and retiring from international football 11 years later at the age of 34 in 1998, Klinsmann had just two scoreless international seasons out of the eleven he had played. A young 23 year old Klinsmann could not find the net in his first and only two appearances for the team in 1987, and was unable to score a single goal in 1991, during which the striker appeared just 4 times for the 'Nationalelf'. In the other 9 years with the national squad Klinsmann would go on to score 47 times in 102 appearances, even managing an impressive 4 goals in 8 matches in his last year with the team at the age of 34. 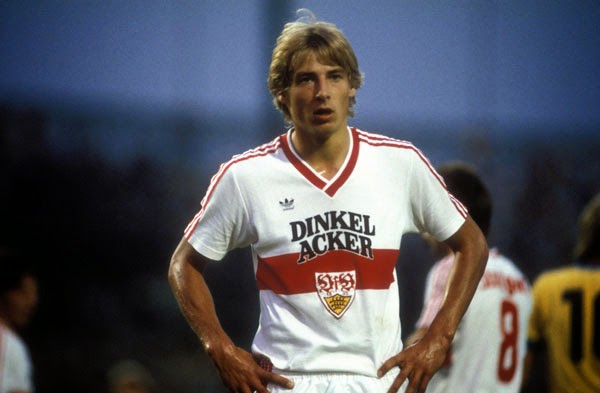