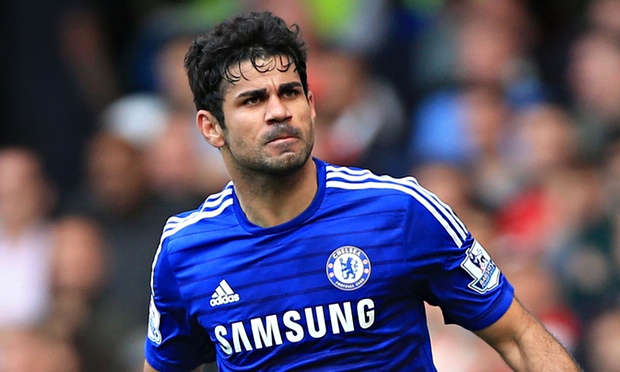 Diego Costa: The Art of War is a book featuring various people that have crossed paths with Brazilian (turned Spanish) striker Diego Costa, and talking about the footballer's rise to stardom. The book is filled with amazing quotes and I thought I would share a few of those with you today.


Dani Mallo, Braga goalkeeper: “He [Costa] was actually pretty full of himself from the start. Almost too confident. Always blasting out his music. I remember him taking the piss out of me when he’d been there for about four days. And I was 10 years his senior!”
Vicente Ferre de la Rosa, an administrator at the club, on the complaints from one of Costa’s neighbours: “On one occasion they [Costa and friends] had a porn movie blaring out and the poor woman came down to tell them to turn the volume down. ‘What’s the matter? Don’t you like making love?’ a wide-eyed Costa asked her sweetly.”
Team-mate Marco Navas: “I had a dog as well and we used to have a real laugh with them. Although mine was bigger, he was really scared of Diego’s dog. That thing might have been small, but my God, it was fierce – not unlike its owner.”
Albacete director of football, Maximo Hernandez: “Diego was labouring under a couple of serious misconceptions when he arrived. First of all, he had no idea that Albacete wasn’t on the coast and therefore didn’t have a beach. Secondly, he thought he was coming to a much better team.”
Albacete medical assistant, Manolo Bleda: “The club decided to pay the players but not the rest of the staff. When he heard that, Diego refused to train until everyone was paid. In 35 years I have never known anyone else take a stand like that.”
Eduardo Rodríguez Vellando, the Albacete club doctor: “One day the president came into the dressing room. He was going round everyone shaking their hands. Diego waited for his turn, and then kept his hands by his side and asked if the kit men had been paid. ‘I’m not shaking your hand until you pay them,’  he said.”
Journalist Jose Antonio Martin Otin: “He’s like your typical Sunday morning footballer who turns up with three aims: he wants a game, he wants to score and he wants a bit of a fight.”
“Diego Costa could invade an average-sized country all by himself”: journalist Santi Gimenez.
Slogan at car dealership in the Brazilian state of Ceara: “Unlike Diego Costa, this car is something Brazilians can be proud of”.
From Costa himself - June arrived with no sign of the Brazilian at pre-season training. Eventually he appeared, four days late and out of shape: “Blame my mum,” he said, “she’s far too good a cook”.
SHARE SHARE SHARE