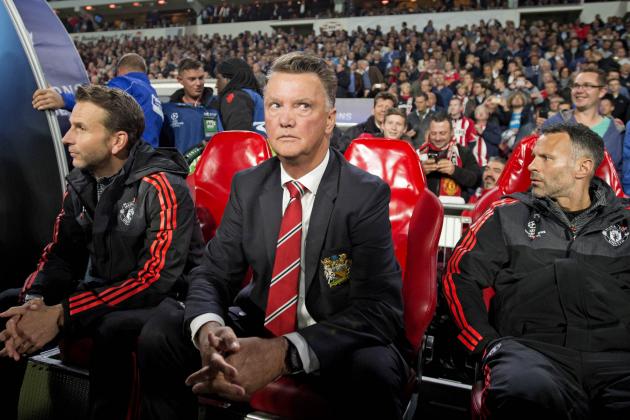 The UEFA Champions League group stages are back and so is our Harsh Realities plug where instead of concentrating on the positives from each week of play, we talk about the struggles of those clubs that can't seem to succeed in the competition.


This week we take a look at three clubs that showcased sub-par performances in the first week of action, and guess what...they are all English! 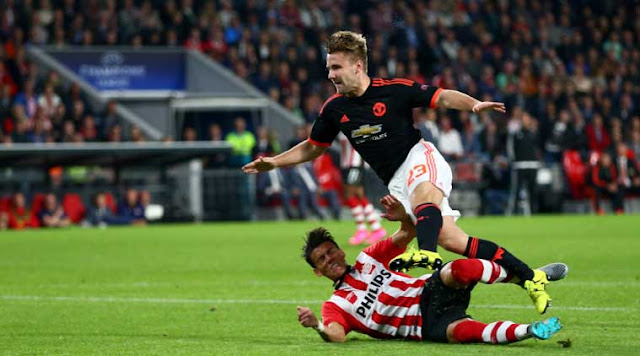 After a much anticipated return to the competition, United opened their campaign on the road in Eindhoven against Dutch champions PSV. The match started well for the visitors as they were gaining momentum and enjoyed a few good attacking spells, but in the 24th minute the game would take a bitter turn for United as young full-back Luke Shaw suffered a broken leg as a result of a tackle in the opposition 18 yard box. The match resumed 8 minutes after Shaw was brought down and United seemed to be in the drivers seat, especially after going 1-0 up thanks to former PSV member and new acquisition Memphis Depay.
But it didn't take long for the visitors to answer as they leveled the score in first-half stoppage time, albeit against the run of play. In the second half the home side would punish United as Luciano Narsingh put his head on a ear perfect cross to put the ball in the back of the net and secure a 2-1 victory.
Surely it was not the start LVG had envisioned for his side and despite playing away from home United is almost always seen as favorites to beat a side of PSV's calibre. In a group where the club from Manchester will be facing the likes of Wolfsburg and CSKA Moscow there is no reason to push the panic button just yet, but the competition may still prove to be harder for The Red Devils than expected. 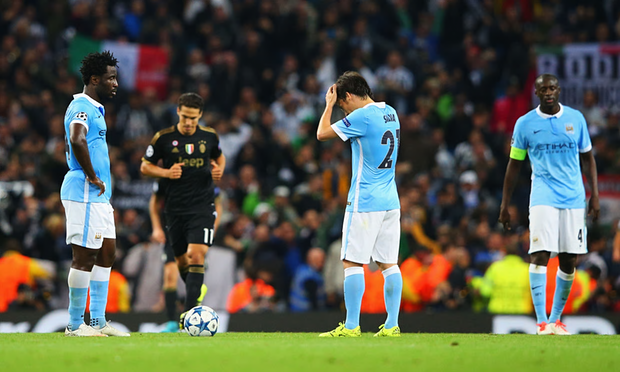 United's neighbors Manchester City were in action on the same day as The Red Devils and they too struggled in week 1. Juventus of course is a much more serious competitor than PSV, but it seems to be the same story every year for City. Despite domestic success, Manchester City does not seem to have the mindset to be successful in Champions League action and they showed it once more in their first match of the competition, on home soil.
On Tuesday, against last season's finalists, City looked decent, even pretty strong at times. But after taking a 1-0 lead in the second half The Sky Blues once more succumb to their Champions League misfortunes by conceding twice and losing their first match by a 2-1 final score.
With Sevilla and Borussia Monchengladbach the other two opponents in the group, City's tournament may once more prove to be frustrating. 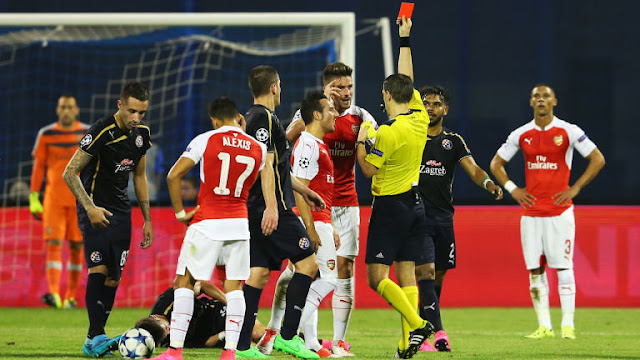 Despite what some football fans from Croatia may say, the country's champions Dinamo Zagreb are almost never a worthy competitor for a club like Arsenal. But despite being the heavy favorties going into Zagreb, Arsene Wenger's men managed yet again to underwhelm with their Champions LEague performance against Dinamo. When Arsenal striker Olivier Giroud got his second yellow card and ejected from the match in the 40th minute, Dinamo was already 1-0 up and would score once more before substitute Theo Walcott could get anything for his visiting side in the 2-1 loss.
But a loss to the Croats may not be the worst news for The Gunners. Perhaps the two meetings with German champions Bayern Munich still to come would put the loss in Croatia into perspective. With the German club performing the way they have over the past few years, Wenger's boys are pretty much sure to be playing for the second spot in the group, so a loss to any of the other clubs is not only a bad result, but could be very well devastating for the English club's hopes of qualification to the next round.
SHARE SHARE SHARE