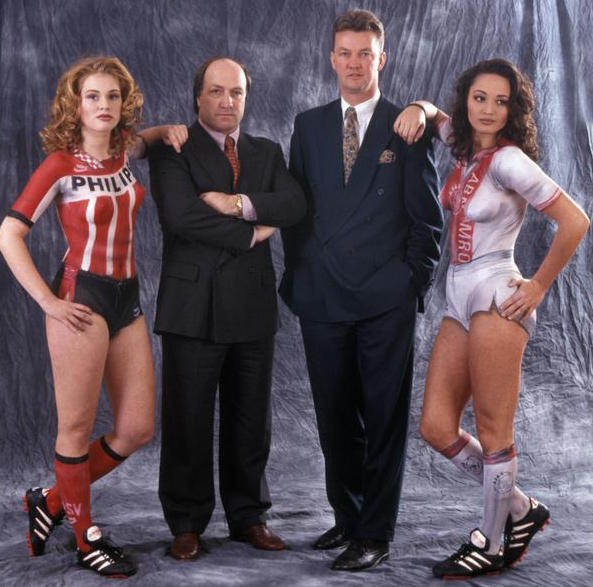 It's one of the strangest football related pictures I've seen.

Dutch football is known for unusual promotional pictures, take the feature we did on the Bizarre Genius of Henk Blansjaar and his trippy squad pictures in the 1960's for example.

But this photoshoot involving two of the Netherland's most decorated coaches is something else entirely.

Prior to Van Gaal overseeing Manchester United's 3-0 win today over Advocaat's struggling Sunderland side, the Black Cats boss shed a little bit of light on the pictures with the girls:

"It was PSV versus Ajax, I believe. We were quite surprised when we came in. I can remember it.

They were already painted unfortunately."

Although Advocaat looks a tad uncomfortable, Van Gaal seems to be rather enjoying himself in the picture below and running dangerously close to becoming a Mister Busy-Hands. 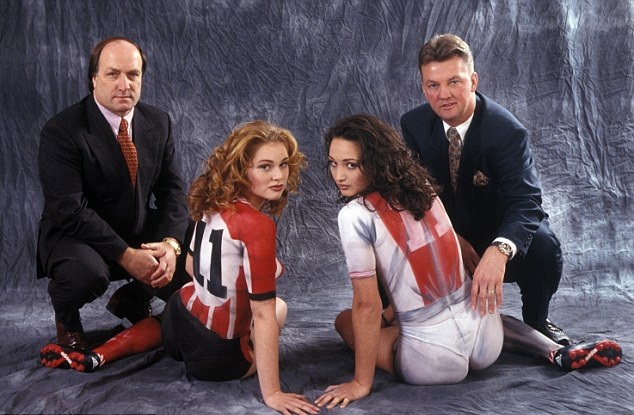