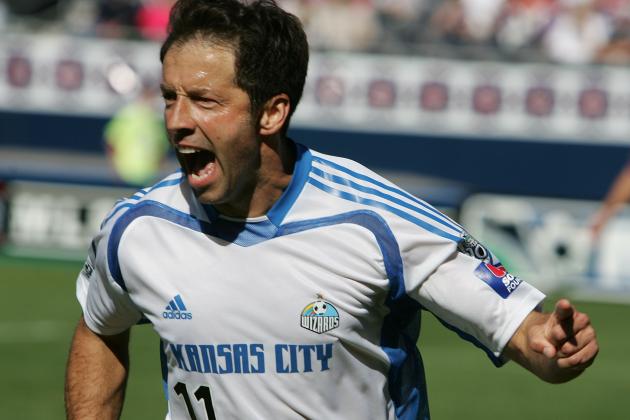 Although you would struggle to find one of my fellow Toronto FC fans with anything nice to say about our former manager Predrag Radosavljević, better known as Preki, the fact is that he did at least manage to win as many matches as he lost with the club in a season where we had a fairly awful squad.

Before he took up management, Preki was a high scoring midfielder for the Kansas City in the MLS. Born in the former Yugoslavia in 1963, Preki had moved to the United States in 1985 after a handful appearances for Red Star Belgrade.

Starring for several seasons in indoor soccer for Tacoma, St. Louis and San Jose, he was one of the first stars of the then known Kansas City Wiz as one of the founding MLS clubs when the league began play in 1996.

Along with Digital Takawira and Mo Johnston, Preki helped the club to several successful regular seasons, but unfortunately they continually came up short in the playoffs.

Finally in 2000 the club managed to translate their success during the season into a strong finish in the playoffs as they won the MLS Supporters Shield and MLS Cup 2000.

Over the next few seasons, although they remained competitive, Kansas City and their two time MVP Preki (1997 and 2003) weren't able to return to the summit. On 17 September 2005, ten years ago today, Preki  provided an assist for Josh Wolff's equalizer in the 86th minute of a 2-2 draw with the LA Galaxy at age 42 years and 85 days. To this day he still holds the record for the oldest player to provide an assist in MLS league play.

When he retired at the end of the 2005 season he was the oldest player to have ever played in the league, a record that stood until Pat Onstad came out of retirement and kept goal for three matches for DC United at age 43 in 2011.

Although Preki isn't that well liked by many of the TFC faithful, particularly because of his connection to the hated Mo Johnston, his 71 goals from midfield over the course nine years for Kansas City are still fondly remembered by fans of that club.
SHARE SHARE SHARE