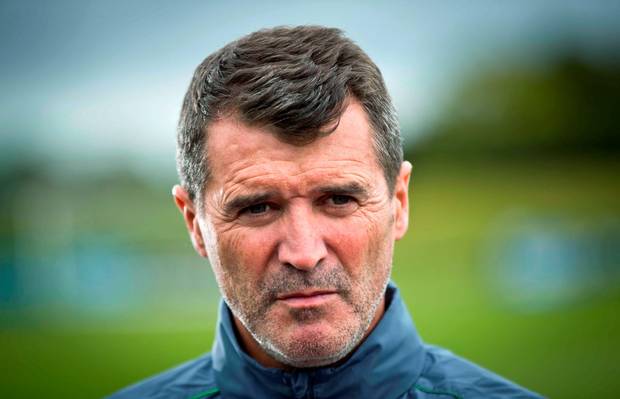 Former Manchester United captain Roy Keane was in the news again this week after he defended PSV defender Hector Moreno's horror tackle on Luke Shaw that left the United player with a broken leg.

Keane angered a lot of United supporters when he said: "I thought it was a brilliant challenge. I love the physical side of the game. You can always tell by the players' reactions - they are the best judges as they are near the tackle. They didn't think it was a bad challenge at the time," Keane told ITV. "When players are travelling at great speed then (injuries) are always going to happen. I am surprised there's not more. It was an accident with his trailing foot."

It's not the first time Keane has made a controversial statement or had a pop at the club he helped to seven Premier League titles. Even before his acrimonious departure, after falling out with former manager Sir Alex Ferguson, he let rip about certain things at Old Trafford.

Here are five times he's sounded off on United:

Then United captain Keane on what he perceived as a muted atmosphere at Old Trafford:

“Away from home our fans are fantastic, I'd call them the hardcore fans. But at home they have a few drinks and probably the prawn sandwiches, and they don't realise what's going on out on the pitch.”

Roy Keane on Rio Ferdinand, during his infamous MUTV rant that led to his split with the club:

"Just because you are paid £120,000-a-week and play well for 20 minutes against Tottenham, you think you are a superstar."

"If he was being nice I would think: ‘This is business, this.’ He was driven and ruthless. That lack of warmth was his strength. United was a much bigger club than [Nottingham] Forest, but his coldness made him successful. As a manager I would take Clough’s warmth and Ferguson’s ruthlessness and put them in the mix – but also add my own traits.”

To United coach Carlos Queiroz in 2005:

“I said, ‘Don’t you fucking talk to me about loyalty, Carlos. You left this club after 12 months a few years ago for the Real Madrid job. Don’t you dare question my loyalty. I had opportunities to go to Juventus and Bayern Munich.'"

On United under David Moyes:

"I wonder about the current United dressing room. When a manager like Sir Alex Ferguson is replaced the new man needs a helping hand. Does that mean every player should like him? No.

"I look at the current players, and they should have been doing a lot better. It might be argued that it was up to the manager to motivate them. But not liking a manager, for whatever reason, can never be an excuse for not going out and doing your best.

"Looking at what happened to David Moyes, I have to conclude that he can't have had a strong dressing-room: he had a weak dressing room."