1860 Munich's Oktoberfest Kit is Back! 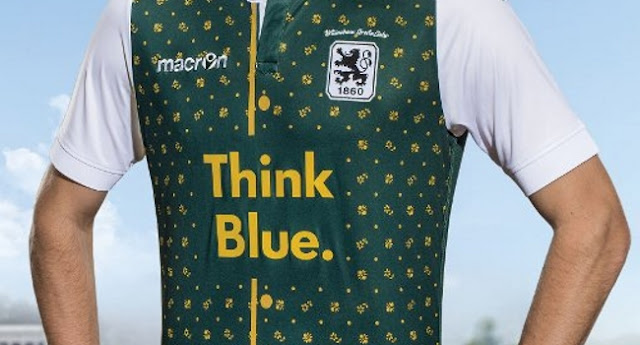 It's that time of year again, the summer has drawn to a close and fall is upon us. The leaves are beginning to fall, the night's are getting a bit colder and the bombastic notes of the Champions League anthem are filling the air on Tuesday or Wednesday nights. Yes, the fall has begun.

Besides the things mentioned above another tradition of fall is 1860 Munich's release of their Oktoberfest kit. Just in time for the famous Munich festival, where many a beer is drunk, bratwurst is consumed and buxom women in lederhosen are ogled.

While last year's 1860 Munich Oktoberfest kit, which we featured here on FootyFair, was a thing of rare beauty this year's number is not one for the purists.

The mock leather shorts, similar to last season's release, are still pretty cool but that cardigan looking top is a visual nightmare. Ah well, perhaps I'll just down a few jugs of Hacker-Pschorr and it'll eventually grow on me. 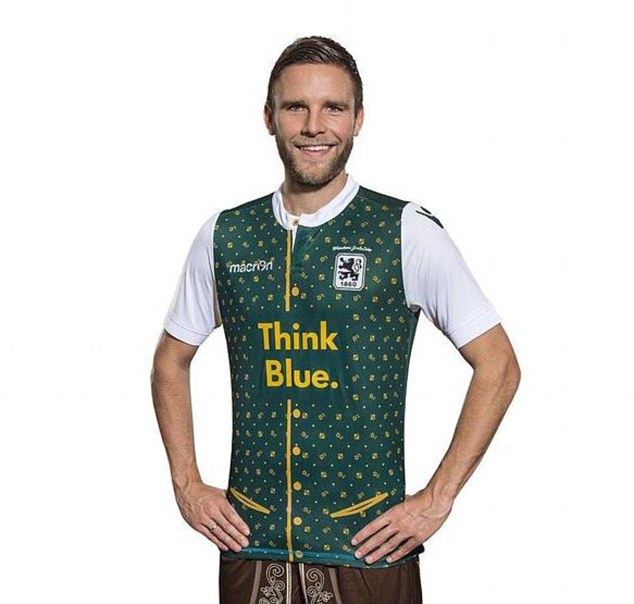