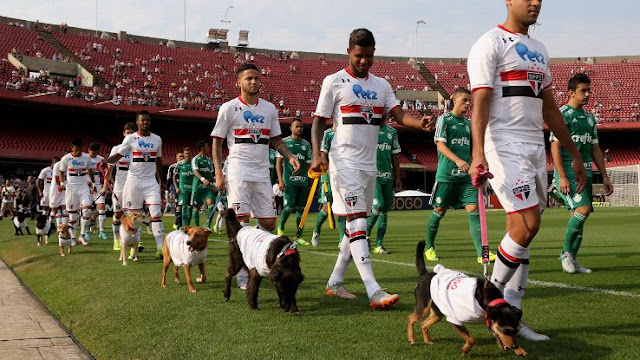 Typically when teams enter the pitch these days, they're accompanied by small children. But for Sao Paulo's Brazilian Campeonato Serie A clash with Palmeiras on Sunday they opted for something a little different.


Taking to the pitch with mascots of the canine variety, Sao Paulo came out with four legged friends instead of kids to raise awareness of a city wide initiative to encourage people to take in stray dogs.

The pooches seemed to enjoy themselves on the pitch, and by all accounts they raised a few "oohs" and "ahhhs" from the watching spectators. 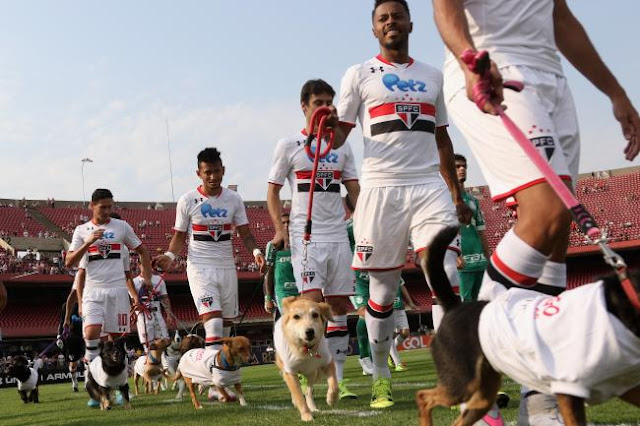 On the pitch Sao Paulo managed a few "oohs" and "ahhhs" themselves after Robinho scored a dramatic 93rd minute equalizer to salvage a 1-1 draw to take a bite out of Palmeiras' hopes of putting a firm leash around a top four spot in the league.
SHARE SHARE SHARE