The British Home Championship was an annual international tournament involving England, Scotland, Wales and Northern Ireland that ran from 1884 until 1984 and was typically played at the end of the European club football season.

The competition consisted of the four sides from the British Isles playing each other once, with two points being granted for a win, one point for a draw and zero points for a loss. The side with the most points at the end of this round of matches claimed the Championship. The hosting of matches alternated each season.

The Home Championships was the first international tournament and thus was an important part of football's early history. This competition would provide the rough framework for the various international tournaments that followed.On 4 June 1977, Scotland went into their final match against England at Wembley having not won under the famous twin towers in ten years. However with that year's British Home Championship table being topped by Wales, who had already played all of their matches and were only ahead of the Scots by a solitary point, the Tartan Army descended on London knowing that a win over the "Auld Enemy" would give their nation the title.

Scotland jumped out to a comfortable 2-0 lead with goals through Gordon McQueen and the future Liverpool legend Kenny Daglish. 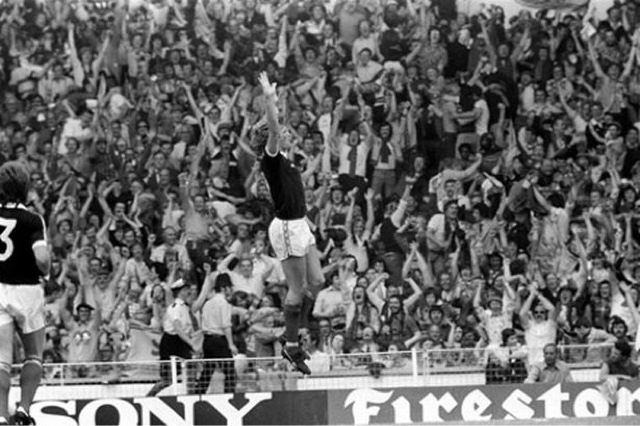 Mick Channon replied for England from the penalty spot, but Scotland held firm and claimed the Championship with a 2-1 victory.

A joyous Scottish contingent, including Scottish singer Rod Stewart, rushed onto the pitch at the final whistle, broke down the goal posts and pulled up lumps of the hallowed Wembley turf. 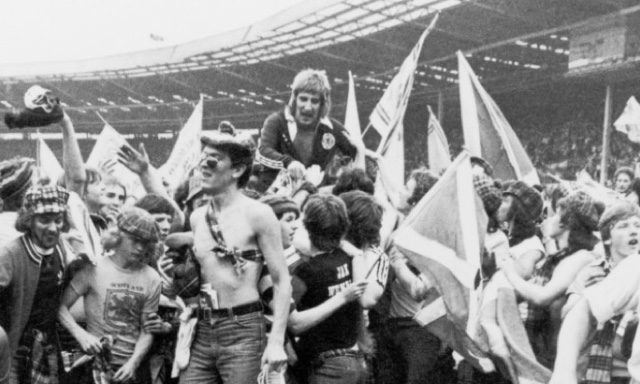 Legend has it that many gardens across Scotland ended up with bits of transplanted Wembley grass growing in them in that punk rock summer of 1977.
SHARE SHARE SHARE