The Unlikely Group Leaders in Euro 2016 Qualifiers So Far 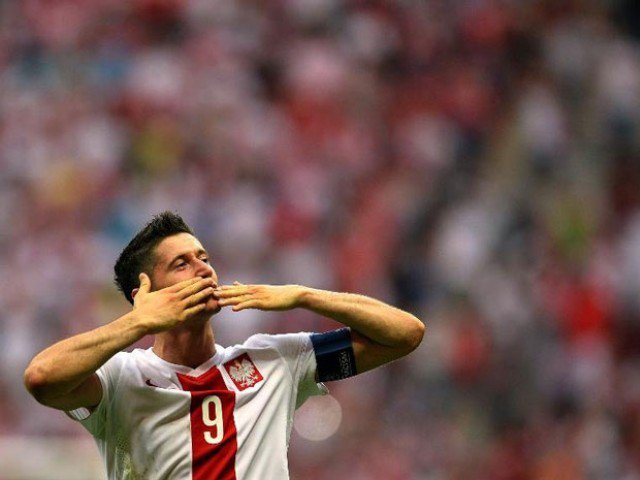 We are now more than half way through the qualifying stages for France 2016 and the great majority of the 9 group leaders are somewhat of a surprise. Only two of the nine teams sitting atop their respective groups are the actual top seeds. Surely this may still change, but the tournament has already provided us with quite a few surprises and I thought this would be a great time to register current facts so we could compare them to the final results in a few months time.

The group draw began with 6 pots, dividing the teams based on their rankings. Pot 1 was for teams ranked highest and so forth. Let's break down the group leaders and see which pot they emerged from to claim (at least for the time being) the first place in their group.

Iceland is by far the biggest surprise sitting at the top of their group, as they are also the lowest seeded team to be able to do so. The small island nation was seeded in 38th of the 54 teams and is leading the group ahead of higher ranked teams such as Latvia (33rd - pot 4), Turkey (21st, pot 3), Czech Republic (17th - pot 2) and of course the Dutch who were ranked 3rd overall in pot 1. Iceland has won 5 of their 6 matches to date, including home wins against much more favorite Netherlands, Turkey and Czech Republic.

Albeit slowly, Wales has climbed the ladder and are now sitting at the top of group B after a somewhat impressive 1-0 win over group favorites Belgium. The Dragons were drawn into group B seeded in pot 4, ranked 34th of 54 European nations. Now, they are 5 points ahead of 23rd ranked pot 3 team Israel, 3 points ahead of Belgium (16th - pot 2) and a whopping 6 points ahead Bosnia & Herzegovina which were drawn into group B as the highest seed from pot 1 ranked 9th overall.

Incredibly enough, Slovakia has yet to give away a single point in their first 6 matches and are sitting atop group C with a perfect record. Wins against pot 2 - 10th ranked Ukraine and Pot 1 - 1st overall ranked Spain have already assured the Slovaks at least a third place finish and at the minimum a play-off birth.

Coming from the same pot as group C leaders Slovakia, Poland was actually at the very bottom of pot 3, having been ranked 28th overall. Now however, lead by star striker Robert Lewandowski the Polish national team sits 1 point ahead of World Cup champions Germany (2nd - pot 1) and Rep. of Ireland (19th - pot 2).

England is the highest ranked group leader in the tournament at the moment. Coming out of pot 1 ranked 5th overall The Three Lions really showed so far why they were ranked in the top 9, having won all of their 6 matches for a grand total of 18 points. Oddly, this is also the only group in which all the teams are currently sitting in the spot which coincides with the pot they were drawn from.

Romania is yet another one of four group leaders that were drawn from pot 3. Ranked 26th overall, few would have given them much chance of qualifying ahead of 7th seed Greece who came into the group as favorites from pot 1. It is important to mention however, that the Greek are the only pot 1 team who are currently sitting at the very bottom of their group after a miserable campaign in which they have already lost twice to pot 6 minnows Faroe Islands. But the Romanians are also sitting ahead of pot 2 - 18th overall ranked Hungary.

If Romania in group F is somewhat a surprise, well, Austria is a shock to the system really. The pot 3 - 27th ranked Austrians were not on anybody's radar after drawing what seemed as a very tough group with pot 1 - 8th overall Russia, pot 2 - 13th overall Sweden and even pot 4 Montenegro who had previously shown good progress and promise. What is even more impressive is the fact that the Austrians are already 4 points clear of the Swedes and 8 points ahead of the Russians. With home matches still to play against Liechtenstein and Andorra, Austria have all but booked their ticket to France.

The only group leader out of pot 2, perhaps Croatia sitting at the top of group H is not a huge shocker even though Italy was always a favorite to win the group. The Italians who came out of pot 1 - ranked 4th overall sit just two points back of the Croats with 3 of their 4 reminisce matches to be played on home soil. Croatia's task will be a bit more difficult and they would have to perform well 3 more times away from home if they are going to hang on to that 1st place.

Portugal is the last of two top seeded teams to sit at the top of their group at this point of the competition. Their only hiccup so far was a shock 1-0 home loss to pot 5 - 40th ranked Albania who is sitting 5 points back of Portugal in 3rd place, but with a game in hand. Just 2 points behind the Portuguese however, are pot 2 - 14th ranked Denmark, a team which Portugal will still have to entertain in October in Braga.