Home » Chile , Copa America , Uruguay » Mainz Will Not Tolerate Fingers Up Bums on the Pitch

Mainz Will Not Tolerate Fingers Up Bums on the Pitch 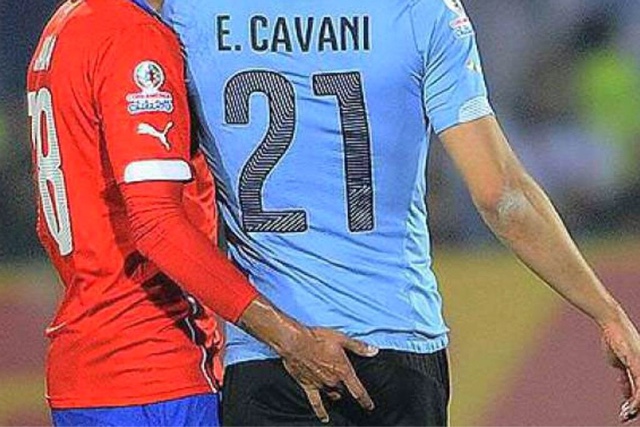 Gonzalo Jara has become part of a media whirlwind this week after doing something that isn't always acceptable in the heat of passion, let alone on a football pitch.

The defender caused uproar during Chile’s win this week in the Copa America over Uruguay when he shoved his finger up Edinson Cavani's asshole.

Cavani reacted, as most people would, and although he didn't exactly punch Jara's lights out for his cheeky probe, the Chilean hit the deck like he'd been shot which led to Cavani's dismissal.


Cavani had been shafted, or at least fingered, by the call and Uruguay were understandably incensed. 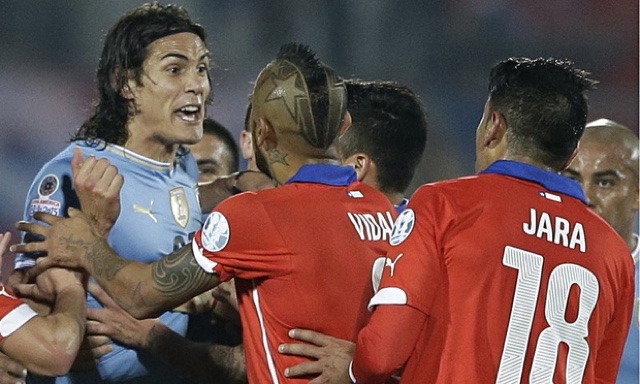 A strange twist to the stinky fingered story has come in the form of Jara's club side Mainz's sporting director saying the following to German paper BILD on Friday:

“He knows that if an offer comes, he can go. We do not tolerate that. More than the prod, however, it is what comes afterwards that makes me angry. I hate theatrics more than anything.”

Meanwhile Alberto Lozada, a member of CONMEBOL's disciplinary panel, said Thursday that the local governing body "will open an investigation" into the Chilean player.