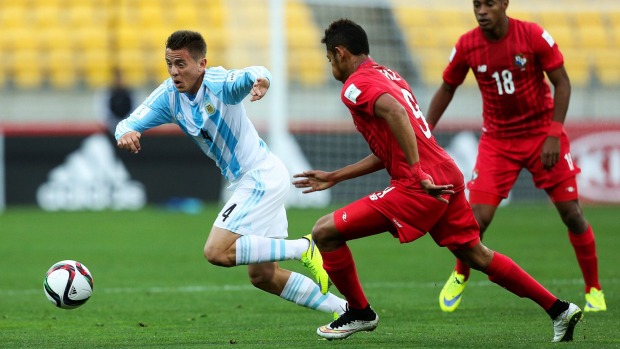 Not too many football supporters watch the U20 FIFA World Cup tournament. I don't personally understand why one wouldn't, since I follow all youth football/soccer tournaments, nonetheless, the ratings for the U20 competition are not amazing.


But while I believe the tournament is great to see some of our future stars in action, the CONCACAF nations have not done so well in this edition of the U20 competition, and perhaps it's not a great sign.

What started off as a tournament that included 4 teams from the Central and North American region, quickly shifted to just one remaining for the round of 16 as the USA was the only one to make it out of their group, which included 3 of the 4 places for four of the six groups in the preliminary round.

The Americans managed to finish 2nd in a group that included a surprisingly strong Ukrainian side, hosts New Zealand and Asian minnow Myanmar. The fact they qualified to the next round is not too surprising, but their conference colleagues were expected to do better.

In group B representing CONCACAF were the Panamanians who came out to a great start, not only drawing record six time U20 defending champions 2-2, but doing it in awesome fashion scoring two amazing goals. In their next two matches Panama would lose twice however, being eliminated from the competition after a 2-1 loss to Austria and 1-0 to Ghana.

In group D it was Mexico, who, as always are the favorite CONCACAF contender in any international tournament. The previous bronze and silver medalists in the tournament got off to a bad start losing 2-0 to African side Mali. But while their second match 2-1 victory over South American side Uruguay was a sign of relief, the 2-0 loss to Serbia knocked them out of the competition as well.

The last North/Central American side that had the potential of joining the United States in the round of 16 was Honduras, but despite their first match 4-3 win against Uzbekistan, a 3-0 loss to minnows Fiji, who in fact experienced their first ever FIFA tournament win that very match, combined with a 5-1 thrashing at the hands of powerhouse Germany knocked them too out of the tournament.

So, with all of that in mind, the CONCACAF region produced the least teams to qualify to this year's U20 FIFA World Cup round of 16 stage, is there something to worry about? Has the region been lagging in the youth development sector even to Asian nations that aren't really known for their football expertise?

It's true, the U20 tournament hasn't always been right on the mark when it comes to predicting the future faith of certain nations, after all, Argentina is the record title holder for this youth competition and yet have not won the FIFA World Cup in a very long time.

Nonetheless, this is the tournament that usually sets the benchmark for future powerhouses and individual stars, and while there will surely be a name or two that surfaces from the American and Mexican squads in the future, the overall performance was nothing to write home about.
SHARE SHARE SHARE