Is Time Running Out For Louis van Gaal? 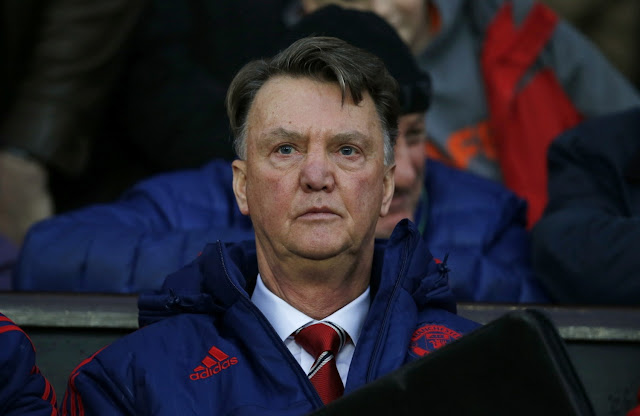 Manchester United, a club that used to breeze through the Champions League group stage under Sir Alex Ferguson, crashed miserably out of the competition on Tuesday night with a 3-2 defeat away to Wolfsburg.

With the knives already out for manager Louis van Gaal following several sub par performances this season in the league and in Europe, this certainly wasn't the result he would have hoped for.

Having to win to ensure their progress, the Dutch supremo was forced to have his team open up out of his seemingly preferred seven men behind the ball approach that United has employed for most of the season and go after the Germans.

The performance, in attack at least, was better than in recent weeks but it was still a night that ended in disappointment, following a dismal performance in the group stage.

For a club known for its history of attacking flare the pedestrian and negative football served up by Van Gaal's side for much of this campaign has been dreadful to watch for many Reds.

United can point to their position in the league, and the fact that they're only three points off of the top of the table, but after spending approximately £250 million on the squad you'd expect a bit more than the performances seen so far from this side.

A criticism that's been leveled against Van Gaal is that the way he's setting his team's up is sucking the life out of his attacking players, denying them freedom and starving them of possession at pace. The likes of Radamel Falcao and Angel Di Maria floundered badly under Van Gaal last season, this term has seen Memphis Depay, Wayne Rooney and, for the most part, Anthony Martial fail to shine.

These aren't bad players, so it's natural that some have come to question the manager's much discussed philosophy. It's stunning to think that United have scored 12 fewer goals than league leading Leicester City at this point in the season.

Even more damning are the statistics pointing out that United have made the highest number of backward passes in the league, the lowest percentage of balls forward and have the fewest number of shots apart from Sunderland.

I think it's safe to say now that Van Gaal is under pressure for the first time. Fans have started to turn on him and if the performance levels continue to fail to impress, how long before the Old Trafford power brokers run out of patience?

There can be no argument, despite last night's display, that he has made United tougher to score on with the club conceding a league low 10 goals so far, but it has almost certainly been at the cost of their attacking play.

With United still hovering around the top of the table, and seemingly a safe bet to qualify for the Champions League again next year, it's doubtful that he will be sacked before the season's end, despite what the fans feel about the brand of football he's serving up.

But if Van Gaal can't get United firing, and they end this season without a trophy, it's hard to see him back at the club next summer.

Here's a sample of what was being said across Twitter on Tuesday night:

Just got in and seen the Man United result. Why on earth would they persevere with the dull stubborn old Dutch bore after this?
— Danny Baker (@prodnose) December 8, 2015

There's an argument to say that he's done the job he was brought in for. Steadied the ship after the last dickhead. Get Pep in the summer.
— Busby MUFC (@BusbyMUFC) December 8, 2015

So basically LVG has spunked £300M to get us in a round robin competition with the farmers arms and the red lion on a Thursday night?! Cunt.
— Mancunia (@mancunia7) December 8, 2015

£300m and 18 months later: The squad is weaker and our football has become unwatchable. Any other team in the world and LVG would be gone.
— Hashbrown (@hesham786) December 8, 2015