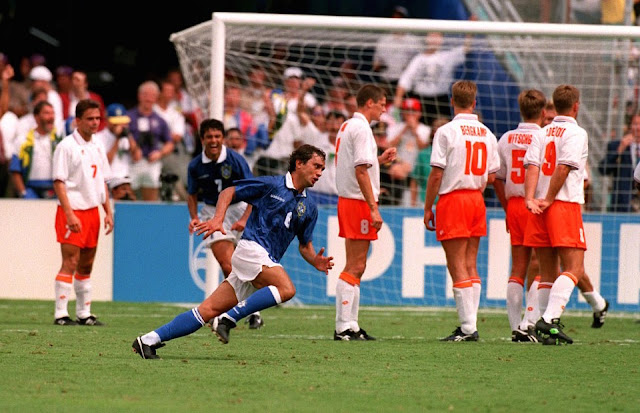 Imagine that you had immeasurable wealth and you could jump into a time machine, most likely a DeLorean because as Doc Brown once said "(this) car's stainless steel body improves the flux dispersal generated by the flux capacitor", and you could transport yourself to any football match in history.


What match would you turn up to?

Would you zip off to Montevideo to see the 1930 World Cup Final between Uruguay and Argentina, or would you turn up at Edgar Street in 1997 to witness the Third Division crunch match between Hereford United and Brighton & Hove Albion?

We asked a few football fans what matches they would have loved to have witnessed live and the following are their varied responses: 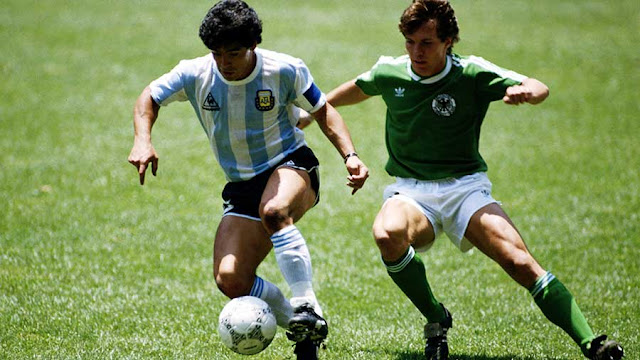 Matches:
Argentina v West Germany, Azteca, 1986 World Cup Final.
Why? Did you watch the match? Most of you here probably didn't watch it live, I did. Maradona was fucking double teamed all match and even triple teamed at some points in the match. He still found ways to send his strikers through on goal or his wingers down the flanks for runs. What he was able to do in that match might have been greater than his entire body of work in that tournament as a whole.

By the final the world had figured out Maradona was the greatest football player in that time and of that generation. Nothing the Germans did could stop the man.

I might as well throw in there another match I'd have love to have been at, the Champions League Final of 2012 at the Allianz. I'd be a fucking wreck all the way through but knowing what I know now LMFAO I'd want to be there so I could hold up a sign for a couple of people saying "I told you mother fuckers, anything can happen!" 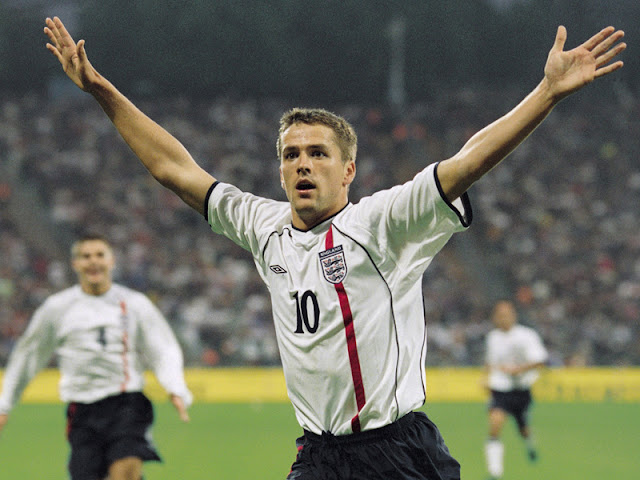 Matches:
Germany v England, WC Qualifier, Munich, 2001. After years of disappointment and ineptitude, which saw Germany and most of the other big European sides surpass England, we finally looked to have a good generation of players coming through in the early 2000's. This night in Munich, which ended 5-1 to England was stupendous. Like watching decades of frustration stripped away. We humiliated the Germans on their home ground (apologies lads) and it was incredible. I watched this in the Peel Pub in Montreal and got absolutely shit faced that night.

I'd have rather have been in Germany though.

As a United supporter I would have of course liked to have been in Moscow in 2008 or in Barcelona in 1999 for the Champions League Finals, but I think my nerves would have been shot to bits. Rotterdam in 1991 for the Cup Winners' Cup Final would have been a wonderful night, but one United match in particular I'd have like to have been at was the Manchester Derby at Maine Road in 1993-1994.  City led 2-0 at HT, then Cantona scores two after the break to equalize and sets up Keano for the winner. Fucking awesome. I taped Soccer Saturday the week they had extended highlights of that one and must have re-watched that match 20 times. That United side was so quick at transitioning from defending to attacking and had great width with a young Giggsy and Andrei Kanchelskis. They were pretty much the opposite of the current team. 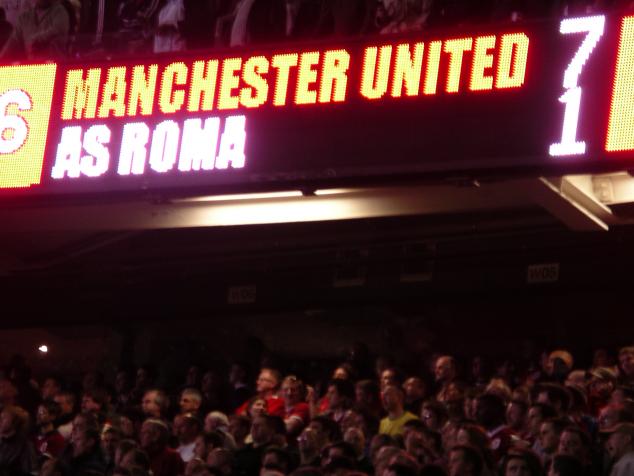 Matches:
If I had to pick one from modern history it'd have to be United's 7-1 demolishing of AS Roma. That match was probably the pinnacle of English football in the Champions league while it was the absolute lowest point for Italian football. Especially since the first leg was a really hard fought 1-1 draw. We came home and just destroyed them in every part of the field. Geez remembering that makes me feel sad after yesterday's freaking performance against AFC Bournemouth.

I'd also have to say I'd have liked to have been at the USA 94 match between Brasil vs Netherlands. There were five goals in that game and Brasil took a two nil lead, gave it up and then got it back. I watched it on TV but man that would have been amazing to go to live. On that note it shouldve been played in a different location as the fan atmosphere was nowhere near what it should've been, because it was in America and the newborn US Soccer fans didn't know how to get "Footy crazy" yet. 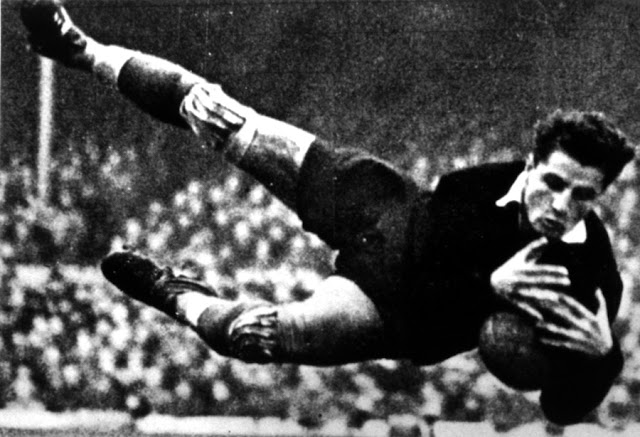 Match:
If I could attend any match in history before my birth it would undoubtedly be Hajduk Split v Crvena Zvezda (aka Red Star Belgrade) fixture that took place on October 29, 1950. It was the second last match of the season and despite being undefeated with 8 wins and 8 ties, Hajduk needed to win the last two matches of the season against Crvena Zvezda and bottom dwellers Budućnost to ensure the league title. Now, there are several reasons why this is such an iconic match in Hajduk’s history.

1. This was before European competition, so for the club, the league title was the ultimate prize.

2. Hajduk had not yet won the league since it was reformed after WWII where the club fought hard to keep its identity and away from the control of the Communist Party (then Partizan army) which wanted to move the club to Belgrade and rename it Partizan.

3. Hajduk had a remarkable squad. The keeper, Vladimir Beara was one of the greatest of his generation with even Lev Yashin insisting that he was a greater keeper than himself. The left winger, Bernard Vukas is recognized as the greatest Croatian footballer of the 20th century by the Croatian FA and is a 2x Olympic Silver medalist (back when it meant something). Frane Matošić, Hajduk’s greatest goalscorer and greatest ever captain. Many attribute the fact that Hajduk is still a club to Matošić’s leadership and defiance in WWII. And Slavko Luštica, who like the others would go on to win a silver medal for Yugoslavia at the 1952 Olympics.

4. The oldest supporters group in Europe was formed the day before the match to give the club extra support to win the match. Torcida Split, was formed by a group of students (just as the club was 40 years earlier) inspired by the Torcidas in Brazil that they had heard about during the World Cup that past summer. This was a pivotal moment and would change the Football culture in Europe forever. The support seen on that day had never been seen before in Europe and caused backlash from the government in Belgrade who tried to ban Torcida and sanction Hajduk.

5. The game is reportedly a classic, a packed stadium of around 40k, fervent support and many of the best players in Yugoslavia on display. The game ended 2-1 for Hajduk with the winner scored in the 86th minute by Božo Broketa. Hajduk went on to win the league after defeating Budućnost 2-0 two weeks later. 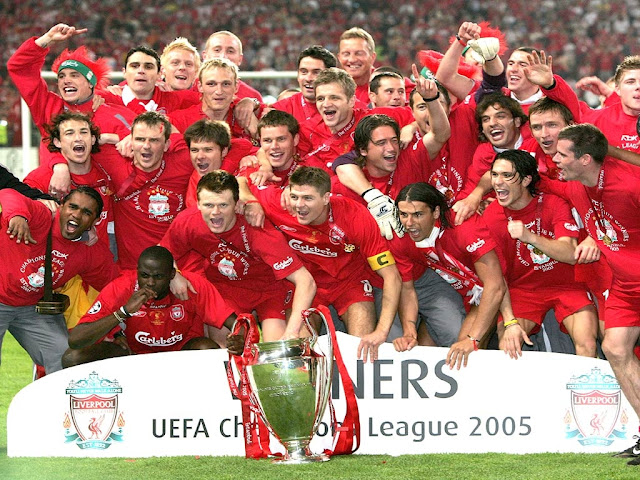 Match:
I think the 2005 CL final would have been wild to have seen. A roller coaster of emotions for me. 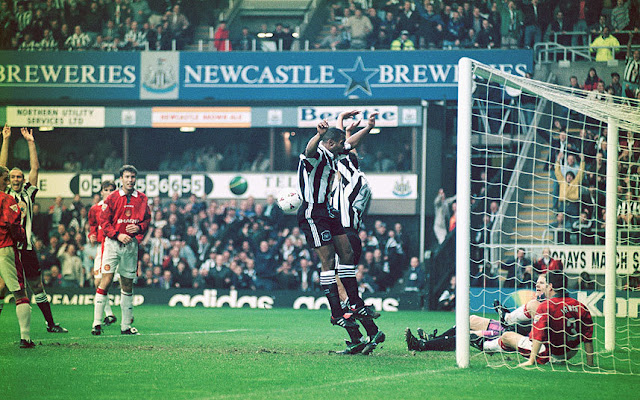