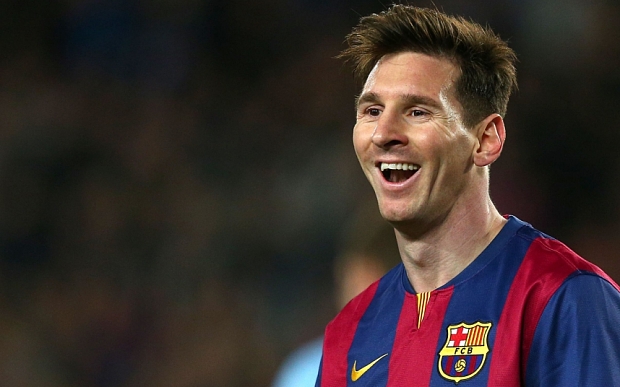 After my weekly kickabout last Friday, talk at the pub afterwards turned to the possibility of Lionel Messi possibly leaving Barcelona for Manchester City.

That's just one of the transfer rumours doing the rounds this week.

As unlikely as the sight of the Argentinian wizard Lionel Messi playing for anyone other than the Catalan giants seems, the fact is that City are an extremely wealthy club that could offer him a contract well in excess of anything Barcelona could.

So it'll come down to whether or not he wants one last gigantic paycheck, and to put some distance between himself and Spanish tax collectors (allegedly!), before riding off into the sunset of the MLS or if he prefers to stay loyal to the club he's been with since aged 12.

Verdict: It's not going to happen. City has the money, but I don't think Messi would be suited to the Premier League and I think he knows it. If he leaves Barca it'll be for PSG.

Everyone who has paid the slightest bit of attention to the Premier League this season knows how disastrous the form of Diego Costa has been and the Spanish international is in anything but Jose Mourinho's good books right now.

Mourinho is rumoured to be shopping for a replacement, which is unsurprising really, and one of the men who have been linked with a move to Stamford Bridge is German international Thomas Muller.

Muller seems well suited for the Premier League and doesn't seem the sort to chuck bibs around.

Verdict: There's a very good chance this will happen, but not until next summer.

After spending the summer chasing Isco, it seems that Juventus may just be able to strike a deal with Real Madrid in January.

Arsenal have also been keen on landing the 23-year old who has apparently fallen out with manager Rafa Benitez, but the Turin club seem to be willing to match Real's evaluation price that's rumoured to be around £30 million.

Verdict: The talented playmaker definitely looks unsettled in the Spanish capitol and did himself no favours by getting sent off against Barcelona in his side's thumping 4-0 loss last week. If Juventus show Real the money, he'll be off to Serie A.

Speaking of Arsenal, it's rumoured that the Bayer Leverkusen midfielder Lars Bender could be coming to the Emirates.

With Arsenal beset by an injury crisis, again, manager Arsene Wenger has admitted he may need to spend in January.

The 26-year old defensive midfielder might be a great addition for the Gunners.

Verdict: Considering his age, and the fact that doing business in January is never cheap, I can't see Wenger going through with this one.

Just when Manchester United looked to be the favourites to capture one of the most sought after young players in Europe, Barcelona stepped up their interest in the exciting 18-year old Basel attacker Breel Embolo.

The Cameroonian born Swiss international has only played a season and a half of top flight football but he already has scouts across Europe drooling at his skills and eye for goal.