In Conversation With An Angry Chelsea Fan 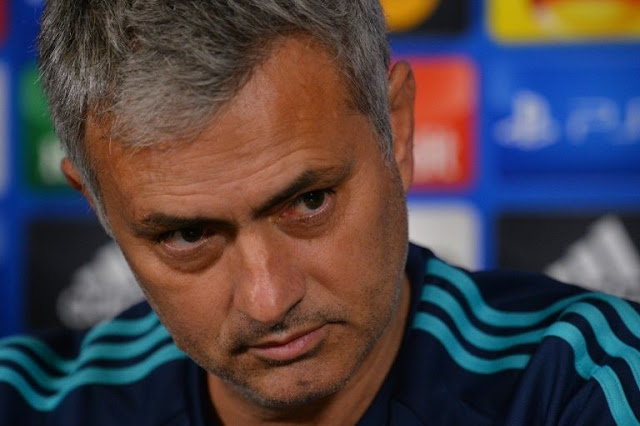 After the worset start to a season by a defending champion in Premier League history, Chelsea parted company with Jose Mourinho on Thursday splitting opinion among their supporters.

On one hand the results have been truly dreadful, and something had to be done to arrest the slide, but on the other hand a case could be made that the board didn't back Mourinho in the transfer window last summer and shouldn't have responded like this to the apparent discord in the dressing room. It appears that the club backed the under-performing players, rather than their manager.

Instead of penning yet another think piece on the goings on at Stamford Bridge, a club I don't have any allegiance to, I thought it best to talk to a friend of mine named Sonny Parmar who is a massive Chelsea supporter and get his take on the situation in SW6.

Should Mourinho have been fired?

No and (Club Technical Director, Michael) Emenalo has admitted to backing the players on Chelsea TV.

Motherfuckers admitted that the transfer policy the club had in the summer was flawed and we should have picked up players, players Mourinho said we needed. Now they backtrack and admit they are backing the players. The cunt should be packing up his office yet his doing TV spots, asshole.

What's next for Chelsea?

What's next? Same old bullshit, that's what! When they hired Mourinho this time around it was for the long term, longevity, stability. They further backed that by extending him for another 4 years. First sign of trouble and they revert to their old ways. Back to the revolving door leading in and out of the office of the Chelsea FC Manager.

It's all speculation, but do you think some of the players willfully didn't give 100% to sabotage Mourinho?

Absolutely, I think Diego Costa, Eden Hazard for sure didn't give 100%. Motherfuckers played like their usual selves in the Euro Qualifiers but then come back to the club and play like shit? Cesc Fabregas I thought could have been one of those, but the last match when he came off the bench he showed shades of last year. The consensus was that he may no longer be suited as a starter.

By sheer body language, Costa and Hazard led the charge (against Mourinho), I have no doubts about that.

Now Hazard's brother and father are doing interviews saying, "Oh no, he loves the manager." Fuck off.

Who will the club bring in to replace Mourinho?

Guus Hiddink as interim is the word I'm hearing. Long term? No clue. Keeping the usual suspects of Pep Guardiola and Diego Simeone. Pep won't touch our clubs with a ten foot pole. And the last time I checked, Simeone still has a job at a place he loves; unless he is willing to leave on his own to come to our shirt show of club board how can he even be considered? Fuck, would you go to Chelsea right now to manage? I sure as fuck wouldn't.


How long will it take to fix the problems at the club?

Players have to be sent packing and new players will have to be brought in hopefully with some of our youth mixed in. We'll be shit for a couple of years, I think, no doubt. But "the mess" at the club will always be there as long as our board have their heads up their asses and the players never get held accountable.

I still think Roman Abramovich had to be persuaded by the board to pull the trigger now on Mourinho. The old Abramovich would have done this long ago. There will never be stability in the manager's role or any sort of "dynasty" at the Bridge.

Thanks for your time, Sonny!