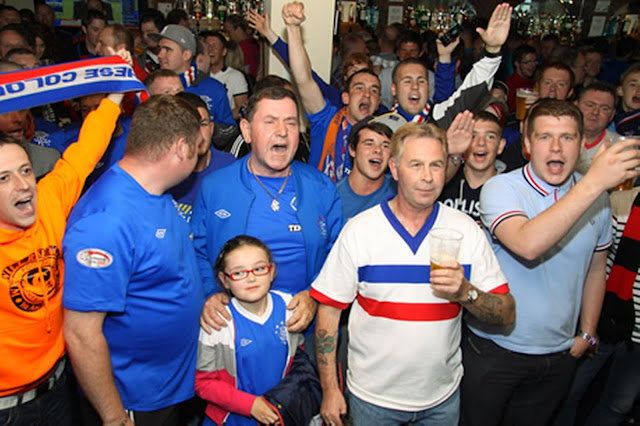 "Yo, like Ronaldo's pretty much gonna win this thing by himself. But if he don't, I'm supporting Italy."

Watching international tournaments in North America isn't quite as bad as it used to be, but it's still fraught with danger as undoubtedly the doorknobs who utter statements like the one above will come shuffling through the pub door.

If you're not in France this summer, or fortunate enough to have the month off of work, the next few weeks will consist of watching the tournament in a variety of venues. Whether you're crammed around a small TV in your workplace's lunch room or indeed braving the pubs, chances are you're going to have to take in some matches in less than ideal conditions. 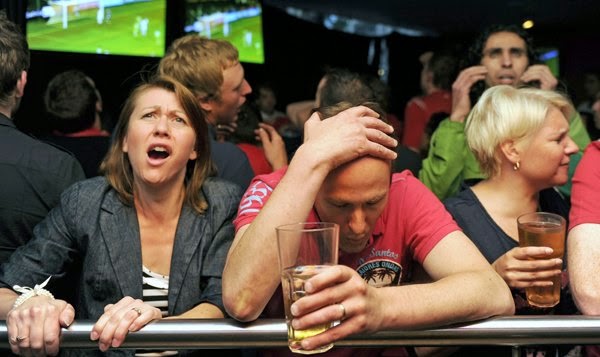 As much as I love the European Championships, I already know that my low tolerance for silly comments during football matches will be tested to the limits again.

I know that the World Cup or the Euros is pretty much the only time some people watch football, but would it kill them to learn the potential starting eleven of the teams they’re supporting?

If you're a football novice, and only really get into the Beautiful Game during major tournaments, you could do well if you consider the following three simple rules when taking in a match at a local drinking establishment:

Be a minimalist with your words and keep them on point.
i.e. “Oh, nice save!” OR "Diving rat bastard!"

Don’t ask moronic questions or make statements that you’re not 100% sure about.
i.e. “Does Zidane still play for France?” OR "I think Albania could shock everyone and win this thing."

Do not start conversations that are not related to the match.
i.e. “Have you seen that movie Love Actually? I think it’s a really underrated romantic comedy, with a terrific performance from Bill Nighy. Did you know that Andrew Lincoln from The Walking Dead is in it? That shows too violent for me, but I’m just saying. Hey, do you know anywhere around here that has good Thai food? I like Thai, but better yet I love a good Thai and Caribbean fusion place! Isn't the word 'fusion' fun to say?”

Rule number one is straight forward enough, in that you don’t have to remain silent during a match, but you should remember that no one likes a colour commentator even if they're David Pleat or Craig Forrest.

The second rule, while running the risk of sounding like a football hipster, is one of the most common and frustrating ones heard by those of us who live and breathe football during a major tournament. If you’re going to become a diehard fan of Spain, for example, you should do a little reading so that you get to know the current squad, and perhaps a bit of the country’s history in the tournament. If you have to ask questions that you suspect aren't that intelligent, save it for later and ask family members or close friends that are football fans. Also, you should refrain from making wild pronunciations that aren't backed up by facts. You'll get called out or become that guy or girl that people avoid like a soiled diaper on a hot summers day.

Finally, rule number three speaks for itself and is even more important if you’re talking to someone who is a real fan of one of the teams on display. For the most part, people will be grudgingly polite with you if you break rules one and two, but you could be served a tall, cool glass of shut the fuck up if you break this rule. So save the conversations for after the match.

If you abide by these rules when going out to watch a match you'll make the viewing experience better for everyone around you, and you may even make some new friends.

Break these rules and you'll become "that guy" or "that girl", and that reputation can be harder to shake off than a Rottweiler making sweet love to your leg.
SHARE SHARE SHARE