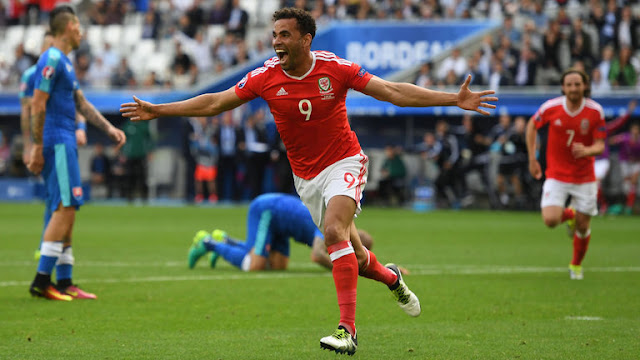 It had been nearly sixty years, fifty-eight to be precise, since the last time the national side of Wales had taken to the pitch in the final stages of a major tournament.

In fact, it was a 17-year old kid named Pele that scored the last goal against them in a major finals when the Brazilian legend knocked the John Charles led Welsh side out of the 1958 World Cup quarter-finals in Sweden.

After qualifying for this year's UEFA European Championship's in France, thousands of excited Welsh supporters flocked to the Nouveau Stade de Bordeaux on Saturday to take in their country's opening group match with Slovakia.

Y Dreigiau ("The Dragons") did not disappoint as a terrific Gareth Bale freekick put them ahead after ten minutes, and although Duda equalized for Slovakia on 61 minutes, a scuffed effort by Hal Robson-Kanu in the 81st minute proved to be the winner.

But one sorry Welsh fan, perhaps under the influence of a beer or two, missed all of it.

Falling asleep just after the national anthems, the Wales fan pictured in the tweet below failed to respond to any of the goals and even the efforts of Welsh rugby legend Shane Williams, who shook him by the scalp.

How upset is this guy right about now?

What happens when you’re drunk and sleep through the national anthem? Shane turns up and shakes you by the scalp. pic.twitter.com/MGFV1THEgh
— HuwTg (@apeo) June 12, 2016