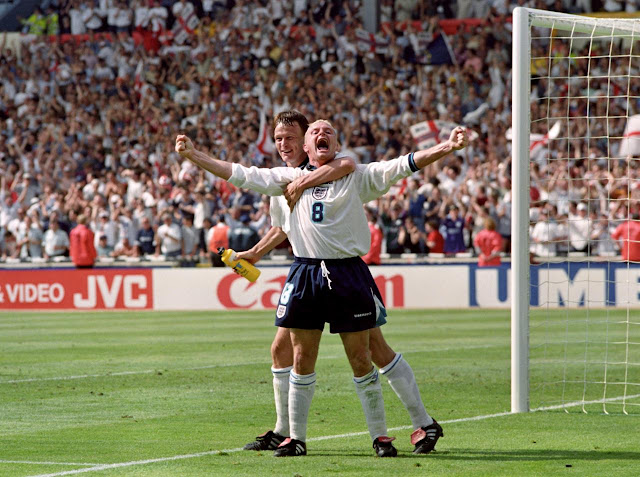 Growing up in Canada as a displaced in Brit in the 1980's meant hiding my accent, while also taking special care to not slip up and utter any of the slangs my family still used. Because being different in small town Ontario at that time meant being teased or beaten up.

Besides small town prejudice, the biggest sport in Canada, hockey, had characters like Harold Ballard and Don Cherry mocking Europeans on TV or in print with not even thinly veiled racism about their supposed weak willed character. Simply put, on the school yards and likely elsewhere it wasn't always the most tolerant society back then.

Even though some of us played football, or soccer rather, in the school playground or with local recreational teams no one followed the professional game. I would get funny looks whenever I would wear a English club kit to school and people would poke fun at "that foreign sport with the sponsor's name on the front's of the jerseys".

Besides the World Cup, coverage of football over here was minimal with the FA Cup Final being the only club match broadcast in its entirety. Even that wasn't always shown live, but rather on tape delay.

In high school I met a guy who had just moved over from Scotland and finally I had someone to talk to about football, along with a buddy to swap issues of Shoot, Match and 90 Minutes with.

On a larger scale though, culturally things began to change around that time. Soccer Saturday launched on TSN in Canada and it started exposing more people to the game. Some pubs, which became my Saturday morning havens, started showing full matches on satellite.

Then one day I saw a video on Much Music called "Boys and Girls" by Blur. 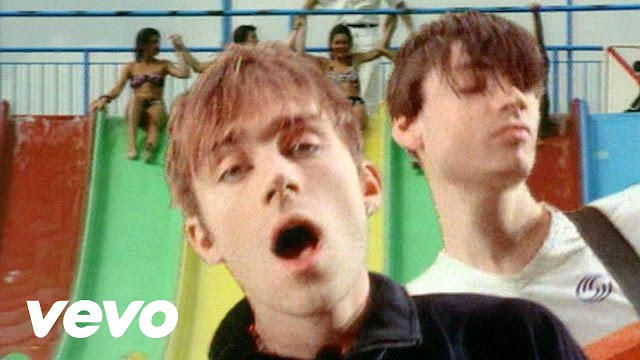 Unlike most bands from the UK that appeared in videos over here or on our airwaves at that time, Blur didn't try to disguise their Englishness. They both celebrated it and poked fun at aspects of it. Other British bands with similar attitudes began to break at that time, and then along came the most English band of them all: Oasis.

Suddenly, for the first time in my life it was cool to be English. And I fucking liked being cool for once.

I spent the summer of 1995 in England and you could feel a vibe of optimism in the air that had seemed lacking when I had visited during the 1980's. The Conservatives looked like they were on the way out, British music ruled and the Premier League was on the cusp of becoming the greatest show on earth.

As for the national side, after England's failure to qualify for the 1994 World Cup in America there wasn't the expectation that they would do anything that special at the 1996 UEFA European Championships, even though they were hosting the tournament.

But during the long two and half years of friendlies before the tournament, manager Terry Venables had figured out a system to get the best out of the players he had available. He had devised a continental setup utilizing wing backs, as well a deep lying striker in Teddy Sheringham who would brilliantly play off of goalscorer supreme Alan Shearer. 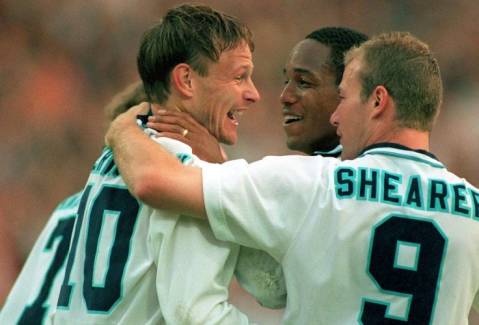 Although none of us knew what to expect, at the height of Britpop anything seemed possible.

A few weeks prior to the tournament, comedians Frank Skinner and David Baddiel, in collaboration with indie pop group The Lightning Seeds, released an official single for the English national side entitled "Three Lions". Not only did the song cheerily mix pessimistic British humour with flashbacks to a glorious past and a dash of optimism for good measure, it was incredibly catchy and it ended up rocketing to number one on the British music charts. It was that sort of summer.

Although England's campaign got off to a slow start with a 1-1 draw with Switzerland, a 2-0 victory over the Auld Enemy (Scotland) seemed to send the hype machine into overdrive.

The match, which featured a penalty save by David Seaman and a goal for the ages from Paul Gascoigne, was capped off by Gazza's cheeky 'dentist chair' celebration which poked fun at the squad's drunken hi-jinks in the Far East prior to the tournament. 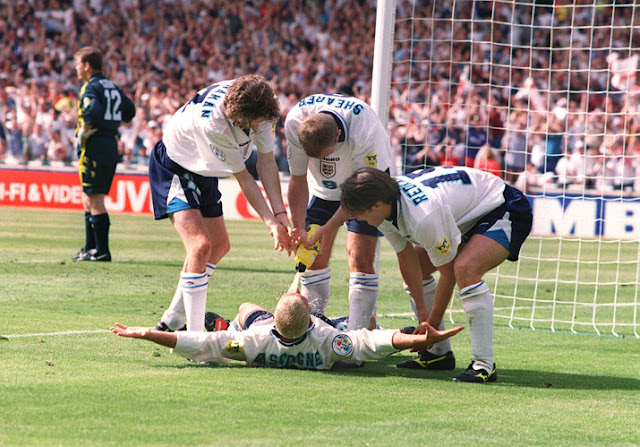 But up next came the Netherlands, a real test considering the quality of a squad largely made up of Ajax players who had won the UEFA Champions League a year earlier.

Venables side didn't just beat the Netherlands though, they destroyed them. In brushing aside the Dutch 4-1, they played arguably the best football in a competitive fixture in my lifetime and I'm including the 5-1 win in 2001 in Germany in that assessment.

A quarterfinal win over Spain on penalty kick's setup a meeting with Germany in the semi finals, and of course it would all end in tears when poor Gareth Southgate missed England's final penalty in another shootout.

Germany would go on to defeat the Czech Republic 2-1 in the final.

It had been a wonderful tournament for England though, as they had earned back some respect and had gotten an often divided country behind them. 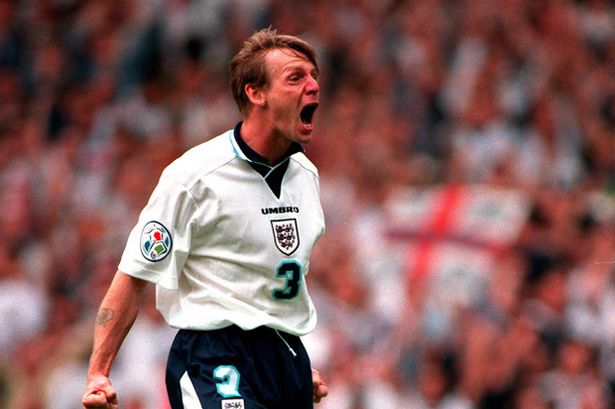 Unfortunately, we didn't realize at the time that Euro 96 was the end of an era.

England, to date, would never again make it as far as a semi finals in a major tournament, Britpop would destroy itself with cocaine fueled overindulgence, New Labour Prime Minister Tony Blair would turn out to be a fraud for the ages who would toss aside the core values of the labour movement while also plunging Britain into the quagmire of Iraq, the economy would hit the skids, social issues that had probably always existed got a hell of a lot worse, and now Britain stands on the verge of leaving the European Union.

It's an uncertain time, and I guess I can't be blamed for thinking back with rose tinted nostalgia to that warm summer of 1996 when the Three Lions were briefly great and it was cool to be English.
SHARE SHARE SHARE