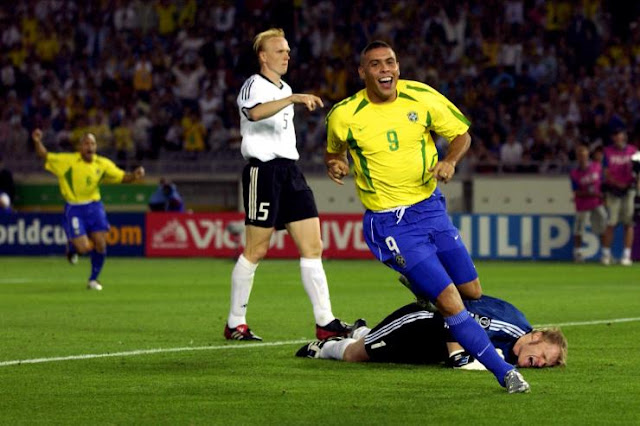 Heading into the 1998 World Cup the most famous player on the planet was Brazil's seemingly unstoppable striker Ronaldo.

The star packed Brazilian side heading to France that year, with Ronaldo at the forefront, was widely expected to repeat their Cup winning exploits of USA 94 but to do it with a bit more style than they had four years previous.

Unfortunately, things did not go according to plan and that squad has become better known for a flashy advertisement they did for Nike in an airport and also for their against France in the 1998 World Cup Final. Ronaldo, football's brightest light, had suffered a reported seizure on the eve of the match and was completely ineffective against the hosts. 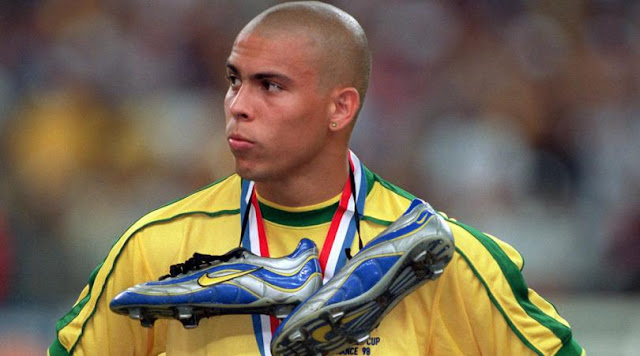 A determined Brazil, under manager Luiz Felipe Scolari, returned to football's biggest stage in 2002 hoping to go one further though and this time they would not be denied. Although the side under 'Big Phil' was a bit more pragmatic than the "Joga Bonito" side of 1998, any squad featuring the scintillating talents of Ronaldo, Rivaldo and newcomer Ronaldinho was never going to be dull.

After winning all three of their group matches rather handily, Brazil saw off Belgium 2-0 in the Round of 16 before edging out England 2-1 in the Quarter-Final and a surprising Turkey side 1-0 in the Semi-Final. 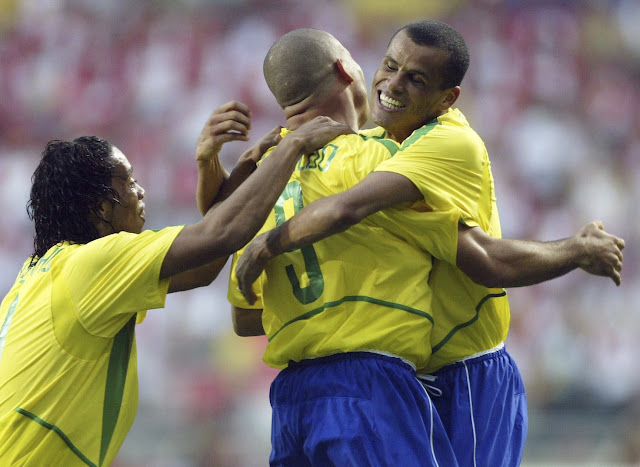 On 30 June 2002 at the International Stadium in Yokohama, Japan, Brazil took on Germany with another chance to capture a record fifth World Cup crown.

Although he was not perhaps the force he had been four years previous, thanks to a series of injuries in the intervening years, Ronaldo had still lit up the tournament in Japan/South Korea with six goals and he wasn't finished.

A mistake by German keeper Oliver Kahn in the 67th-minute let Ronaldo in for the opening goal of the final, and doubled his sides advantage on 79 minutes after beating the Bayern number one from the top of the box.

That was all the scoring Brazil needed as they saw out the match and went on to the lift the World Cup trophy once again.
SHARE SHARE SHARE