Iceland Hits Back at Cristiano Ronaldo 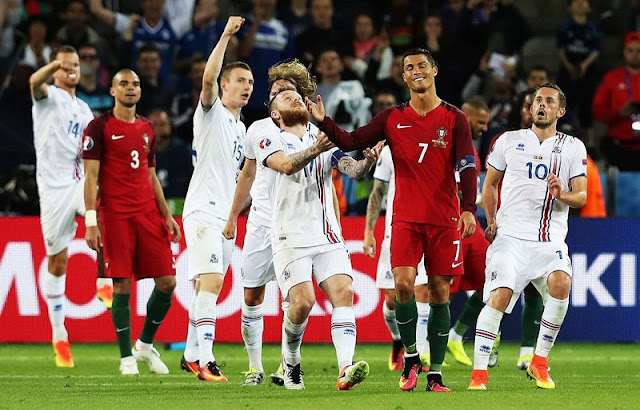 Following Iceland's surprising 1-1 draw with Portugal, Cristiano Ronaldo was one unhappy bunny. The Real Madrid superstar had this to say about the minnows performance:

"It was a little bit frustrating, we tried hard to win the game, Iceland didn’t try anything. They scored a goal, they created two chances in the ninety minutes and otherwise they got every player behind the ball, they put the bus in the net so it’s difficult when one team don’t try but Portugal try and play football and try to win the game.

I thought they’d won the Euros the way they celebrated at the end, it was unbelievable.

When they don’t try to play and just defend, defend, defend this in my opinion shows a small mentality and are not going to do anything in the competition."

Seeing as how Iceland had in fact come back from a goal down to equalize and actually had an excellent chance to win the match, it smacked of bitterness from the Portuguese captain. It's also quite ironic if you've ever seen him celebrate scoring the sixth goal for Madrid in a 6-0 drubbing of a side like Granada.

Iceland, a nation that has no professional clubs and only 330,000 people had achieved a major milestone by even making this tournament and to draw one of Europe's big guns in their first match was terrific. 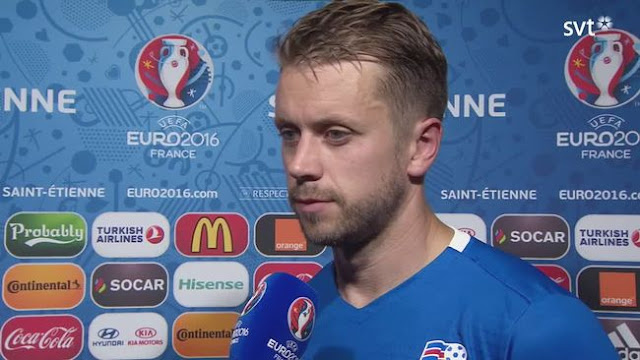 Iceland defender Kari Arnason wasn't having any of it though as he hit back at the disgruntled Portuguese talisman:

“He’s just a sore loser. He didn’t want to lose the game. What does he expect – for us to play like Barcelona against him? He fannies about and dives around.

He went on to really hit Ronaldo where it hurts by also invoking the name of his greatest rival:

"His comments are the reason why [Lionel] Messi is always going to be one step ahead of him... it shows we got under his skin. It was lovely to hear that."

"He didn't really get a chance today, he got one and he couldn't put it away. What can I say? Sore loser. Tough shit."
SHARE SHARE SHARE