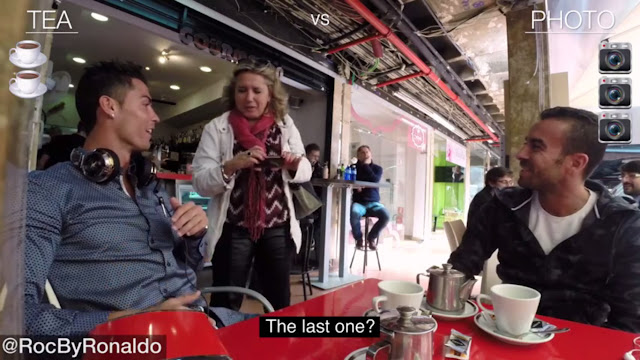 Many football fans dream and imagine of how their life would play out if they were a famous footballer. Well, no need to imagine anymore as the video below clearly shows how even as simple a task as going out for a cup of tea can turn into a photo-op, as a camera follows Cristiano Ronaldo to a cafe, where the footballing star spends more time taking pic requests than enjoying the company of his friend.


Of course, with fame comes all the other stuff; including the nonstop fan interaction, especially if you're as famous as CR7. Nonetheless, this video made me cringe a bit, as I am not so sure I would be able to handle the constant invasion of my own private space.