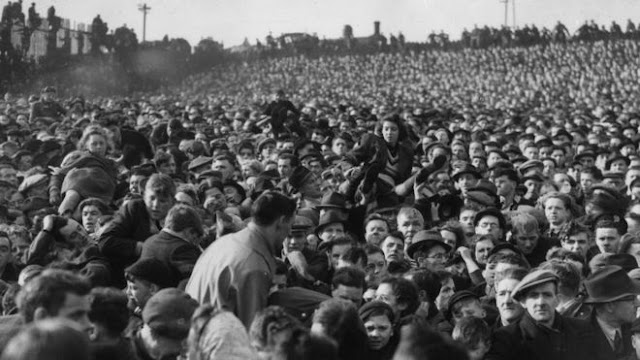 During the six long brutal years of the Second World War, football continued on in England but of course the usual country wide league campaigns weren't feasible and nor was the FA Cup.

With the end of the war a few short months before, the oldest cup competition in the world started up again in 1945/1946, a full season before regular league football resumed.

The interest in the cup that year was greater than usual, as people tried to return to normalcy after years of hardship.

Unusually the rounds leading up to the Semi-Final that year were played across two legs, to help make up for the absence of regular league fixtures, so that clubs would get at least a few additional gates.

Bolton Wanderers, one of the favourites for this first post war cup, went into the second leg of their sixth round tie against Stoke City up 2-0 with a Semi-Final at Villa Park within their sight.

Opponents Stoke had in their ranks the great Stanley Matthews, who drew crowds wherever he played, so it was no surprise when huge numbers descended upon Bolton's Burnden Park on March 9, 1946.

The ground though was woefully unsuitable for the estimated crowd of 85,000 who turned up on the day. With part of the main stand still in use by the Ministry of Supply following the war, many turnstiles still closed and the ramshackle railway side was the only point of entry for much of the crowd. This resulted in absolute chaos outside of the ground.

Twenty minutes before the 3:00pm kickoff the ground was considered over capacity and the turnstiles were closed. Unfortunately supporters continued to force their way in, either going through gaps in the wall or over the turnstiles, and by kickoff the situation was critical.

Several minutes into the game, two metal barriers in one of the overcrowded terraces collapsed sending supporters falling into one another in a sickening crush. 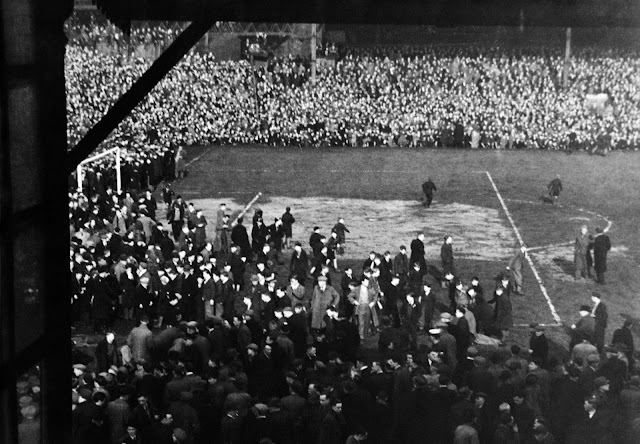 Finally realizing there was a serious problem a police officer ordered the match to be stopped. Although, rather unbelievably the tie would later resume with bodies laid out pitch side, the disaster left 400 injured and 33 dead in what was at the time the worst disaster in the history of British football.

Although an inquiry would take place into the events at Burnden Park, and safety measures for controlling large crowds were hastily implemented, it would take the horror of the Hillsborough Disaster forty-three years later for British football to finally come into the 20th Century when it came to protecting the safety of supporters. 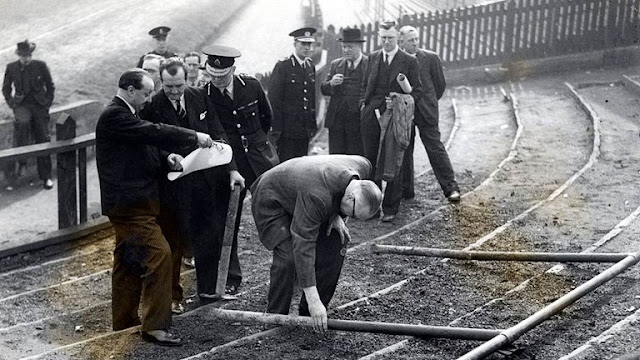