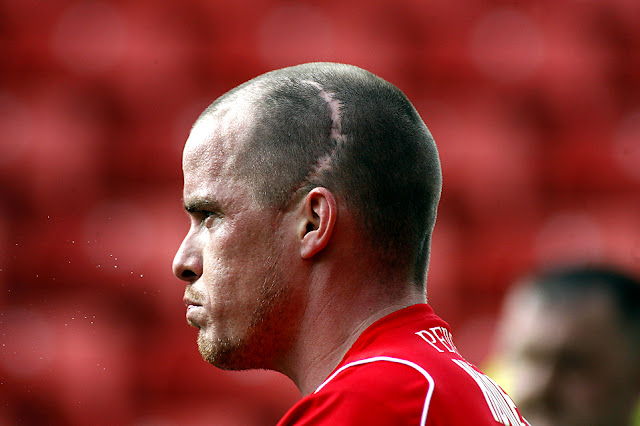 Football isn't all tiki-taka and prawn sandwiches, it can be a tough old game played by tough characters with scars to match.

Although not all of the following five players picked up their wounds on the pitch, their rugged features marked them out as guys who could double as James Bond villains once their playing days were over. 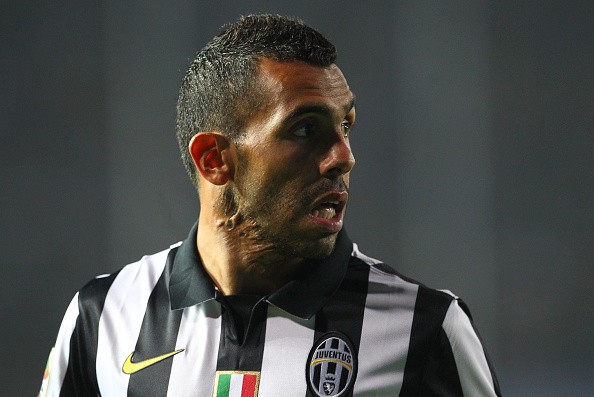 Argentina international Carlos Tevez will never win any modelling contracts, but after a successful career of picking up trophies across South America and Europe, Carlitos won't care a bit. Tevez's signature scars were inflicted on him at the tender age of 10 months when he pulled a pot of boiling hot water off of the stove and onto himself. His first major club side, Boca Juniors, offered to pay for cosmetic surgery for the combative striker, but he refused by saying that his scars are part of who he is and he won't change himself or his appearance for anyone. 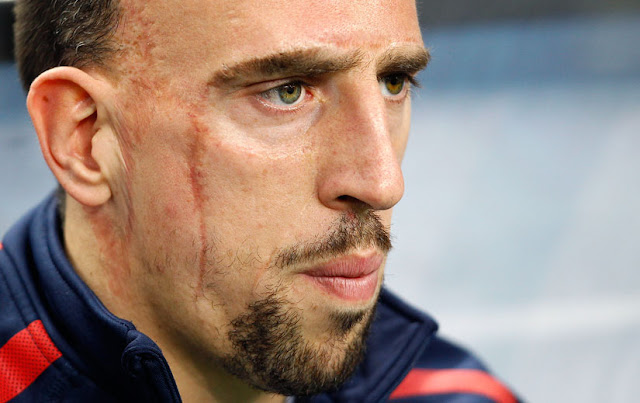 Controversial, but talented, French midfielder Franck Ribery is almost as famous for his "unique" appearance as he is for his ability. Ribery was involved in a serious car accident in Paris as a two year old, when he was thrown through the windscreen of his parents car. 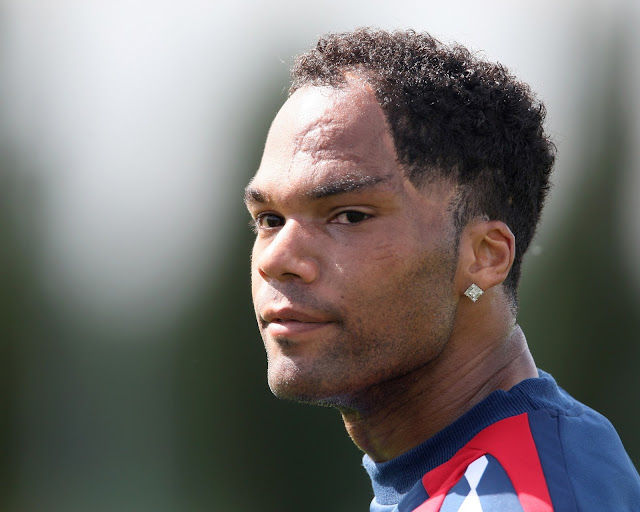 Former England international Joleon Lescott suffered his distinctive scars at age five when he was struck by a car outside of his primary school and dragged down the road for several metres. 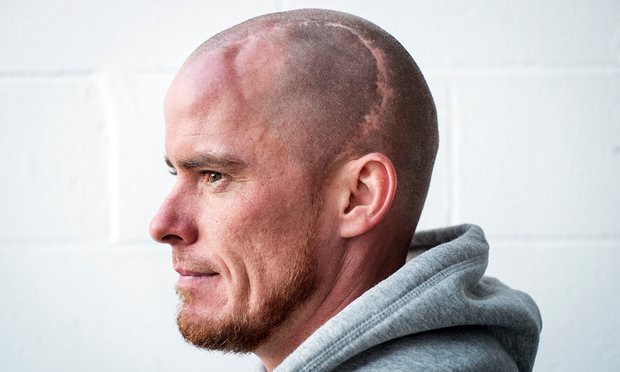 Canadian international Iain Hume suffered his harsh looking horseshoe-shaped scar back in 2008 while playing for Barnsley, when Sheffield United thug Chris Morgan dented Hume's skull inwards with a vicious elbow that somehow only drew a yellow card from Andy D'Urso. Hume was lucky to survive the incident, and spent months in and out of hospital. He miraculously returned to action thirteen months after the assault. 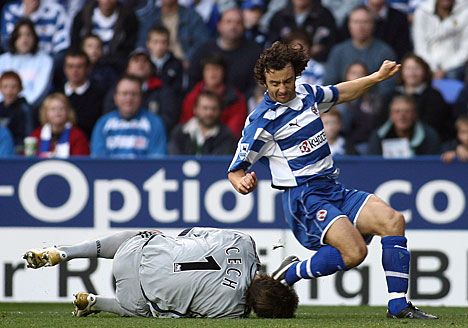 Although he doesn't sport much of a visible scar, Arsenal keeper Petr Cech suffered a depressed skull fracture in 2006 after an ugly collision with Reading's Stephen Hunt that required emergency life saving surgery to lift two loose pieces of skull away from his brain and replace them with metal plates. Ever since his injury Cech has sported protective headgear to avoid suffering any further head trauma and also for insurance purposes.
SHARE SHARE SHARE