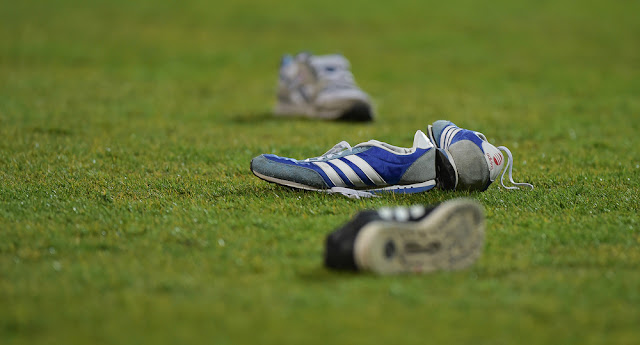 Liverpool supporters walking out, Borussia Dortmund fans throwing tennis balls and now the Austria Wien faithful tossing sneakers onto the pitch. In each case there was a common denominator: high ticket prices.

Perhaps in the Bundesliga and the EPL the prices at least somewhat reflect the quality of stadia, service and product on the pitch itself, in Austria however, the €21 ticket prices being protested apparantly do not reflect any of these things.

FK Austria Wien's fans chose their away match at Admira Wacker to show the league how they feel about the €21 they had to dish out for an away section that supposedly don't even have real bathrooms. Although the club's supporters have protested high ticket prices in the past nothing was changed, so this time around the fans decided to take a more visual approach, that being tossing their shoes on to the field of play. 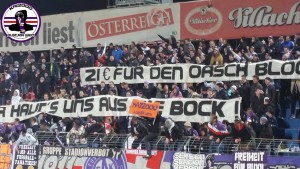 So why shoes? we ask.

Well, according to the banner unveiled by the away fans on the day, which reads something along the lines of "€21 for this shitty section. This kicks us out of our shoes.", it's apparent that the saying may be similar to the English "an arm and a leg" when speaking about a price that is way to high; although I suppose the Austrians are a lucky bunch for not having to throw their limbs onto the pitch.

In any case, protests relating to ticket prices have become more and more popular as of late all around the world and is something leagues and individual clubs have to look into and figure out whether the hikes are proportionate with aspects such as inflation, or perhaps just a result of greediness at the expense of the faithful fans without whom the beautiful game would not be what it is. 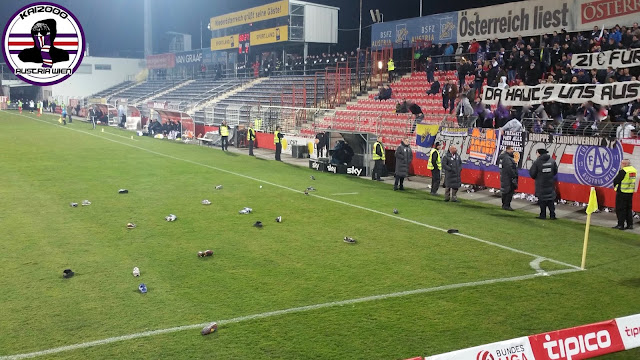