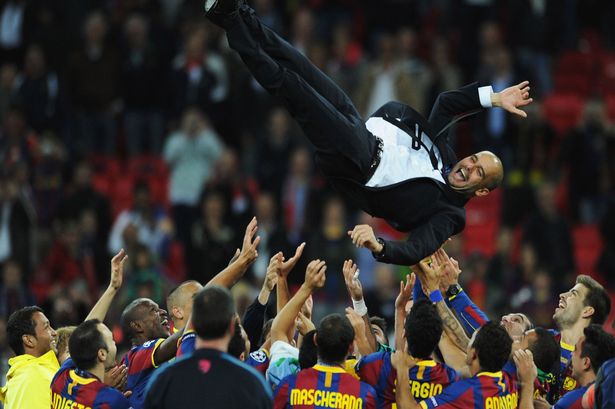 Having watched his Manchester United side dismantled in the UEFA Champions League Final at Wembley Stadium by Barcelona in 2011, Sir Alex Ferguson later reflected that the Catalans were the best team he had ever faced. "No one," he said, "has ever given us a hiding like that."

Although the final score was only 3-1 for Pep Guardiola's side that day, it was never that close as United had spent most of the night chasing shadows. They had few answers for the incisive passing movement of Andres Iniesta and Xavi in the middle of the park, the clever runs of David Villa and never mind the mercurial little genius known as Lionel Messi upfront.

Having also beaten United 2-0 in the final in Rome two years earlier, Barcelona had made it two Champions Leagues out of three and cemented themselves as a side for the ages. 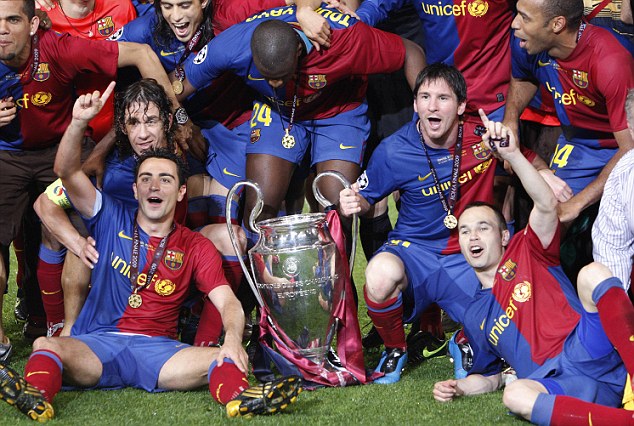 It's sometimes forgotten that a Ronaldinho-led Barcelona had won the Champions League in 2006 under Dutch manager Frank Rijkaard, a match that saw Messi out through injury, while Xavi and Iniesta looked on from the bench, but by 2008 in-fighting had destroyed that team and changes were desperately needed.

Ronaldinho made his exit, as did Rijkaard, and in came Pep Guardiola who had been a key part of Johan Cruyff's mythical "Dream Team" who had won the European Cup at Wembley in 1992. 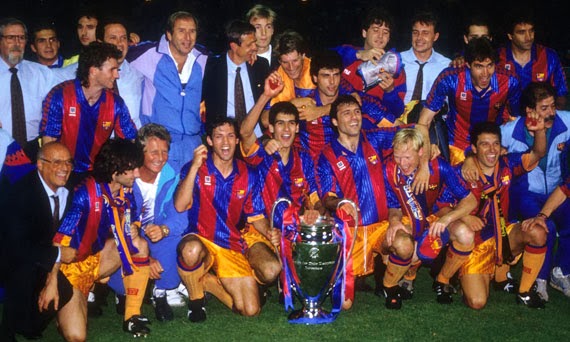 Following in Cruyff's footsteps in that he was looking to emulate the Dutchman's ethos of Barcelona playing with a fluid passing style, Guardiola made Messi the focus of his attack, while Xavi and Iniesta were there to supply the ammunition.

Besides Barcelona's "carousel of passing", as described by Ferguson, the side worked incredibly hard to press back opponents all over the pitch, so in the rare instances they lost possession they worked doggedly to retrieve it.

Ringing in Guardiola's changes, the club won a treble of La Liga, Copa del Rey and the aforementioned Champions League title in 2008-2009 and they were just getting started.

They followed that up by winning the league again in 2009-2010, along with the Spanish and European Super Cups, and the FIFA World Club Cup. They would fall to Jose Mourinho's Inter in the Champions League semi-final after a two day bus trip to Milan necessitated by the grounding of all flights following an Icelandic volcanic eruption.

They would return in 2010-2011 with another league and Champions League double to return to the summit of domestic and European football. Guardiola would depart the next season, but what he put in place at the club is still largely in place. Despite the exit of Xavi, the heart of Pep's side, Barcelona now have one of the scariest front three's ever seen in club football with Messi, Luis Suarez and Neymar laying waste to defences throughout Europe.

Although it's easy to get annoyed by the irritating nouveau football fanboys and fashionistas that have attached themselves to Barcelona since Guardiola's time in charge, ignoring their brief steamy love affair with Borussia Dortmund in 2012 of course, this Barcelona side can rightly consider itself to be one of the greatest squads ever and even the most hardcore haters or Madridistas have to admit that.

The Spanish national side have much to thank Barca for as well, as it was their core of players and their approach that helped Spain to victories in Euro 2008 and 2012, along with victory at the 2010 World Cup.
SHARE SHARE SHARE