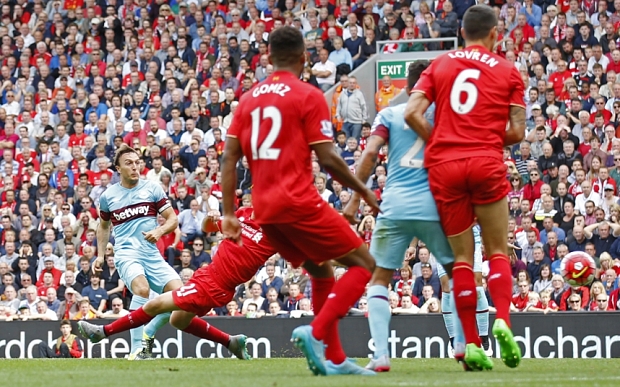 Back in September of 1963, John F. Kennedy was still the President of the United States of America, the Cold War was at its height, a band from Liverpool topped the charts with a song called "She Loves You" and West Ham United won at Anfield.


It would be another fifty two years before the Hammers would be able to return to the red half of Merseyside and come away with maximum points, but this past Saturday goals from Manuel Lanzini, Mark Noble and Diafra Sakho saw the London side stroll off with a 3-0 win.

It was a wonderful attacking display from Slaven Bilic's men and one Hammers fan decided to commemorate the win in ink as he had promised to do the day before.

52 long years since the famous Irons won at Anfield. If we do it tommorow i shall get a tattoo to commemorate the famous occasion! 😁⚽
— Jon High (@HighJon) August 28, 2015