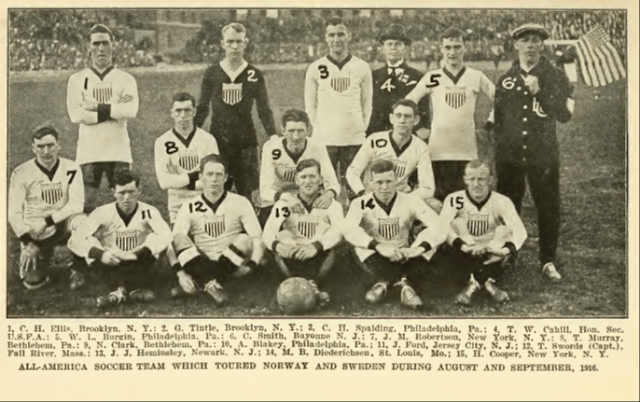 On 20 August 1916, exactly ninety-nine years ago today, the United States of America played their first official international match, as they defeated Sweden 3-2 in Stockholm.

Although the U.S. had played a few unofficial internationals against Canada in 1885 and 1886, along with sending two representative sides to the 1904 Olympic football tournament, this match against Sweden is officially recognized as their first true international.

The match followed the founding of the United States Soccer Federation in 1913 and a rising interest in the amateur game across the country, with a National Challenge Cup (Known today as the U.S. Open Cup) being established in 1913-1914.

The "All-American Soccer Team", as the side were dubbed, came about after an invitation from the Swedish Football Association for an American side to play them in Stockholm, with the generous offer of covering all of the United States' expenses for the tour.

The initial thought from U.S. Soccer's governing body (USFA) at the time was to send the reigning National Challenge Cup champions, and the dominant side in American soccer, Bethlehem Steel FC over to play the Swedes.

However, in 1916 the First World War was raging across most of Europe, and despite the United States and their proposed opponents Sweden and Norway being neutrals in the conflict, crossing the Atlantic that summer was a very dangerous proposition.

In fact the American ocean liner the Lusitania had been sunk off of the Irish coast by a German U-Boat the year before with approximately 1,200 passengers perishing in the sinking.

So the Bethlehem Steel Company understandably declined the invitation to send their team en-mass across the ocean. That said, they did allow for a handful of their players, such as centre back Neil Clarke, to be selected for the representative side the USFA put together for the trip. 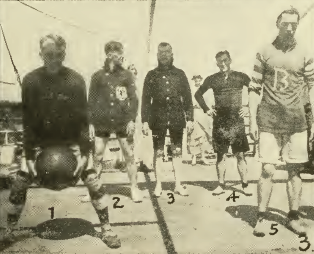 This historic first match for the States was played at the Stockholms Stadion before a crowd of 21,000 people, who witnessed Konrad Törnqvist open the scoring for the home side in the 7th minute.

In the 22nd minute the Americans equalized, but to this day controversy swirls around who in fact scored the country's first international goal. Some sources list Fall River, Massachusetts native Thomas Swords as notching the first goal for the Stars and Stripes, while others including the United States National Soccer Hall of Fame credit Philadelphia, Pennsylvania's Dick Spalding as having scored their opening goal.

There is no debate that Charles Ellis gave the American's a one goal advantage early in the second half, before Harry Cooper put them ahead 3-1 on 68 minutes.

Konrad Törnqvist managed to pull Sweden back to within a goal in the 88th minute, but the U.S. hung on to win their first ever international.

Two weeks later, Charles Ellis found the net again against Norway as the U.S. drew the home side 1-1 to complete a successful tour and their first steps into world football.
SHARE SHARE SHARE