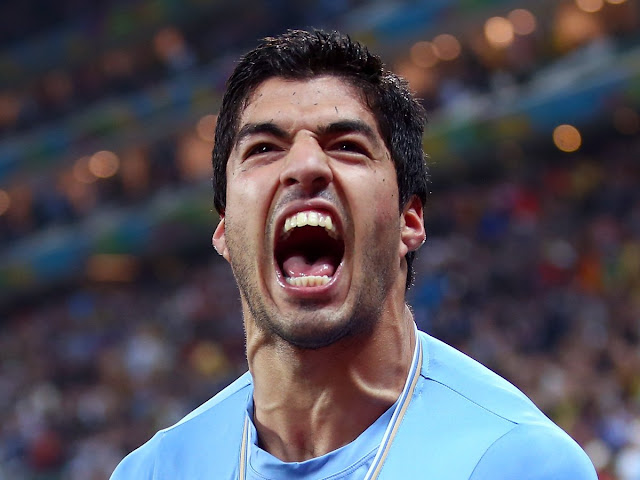 The other day here on FootyFair, I posted an article on players that are remembered for all of the wrong reasons and immediately someone pointed out that I hadn't included a certain Luis Suarez.

They were certainly correct. Suarez, who is undeniably a brilliant footballer, is quite closely associated with his biting antics now more than his exploits on the pitch.

Besides the Uruguayan striker, there are a few other players (and one unusual pitch invader) that love nothing more than going all Hannibal Lector on the opposition. 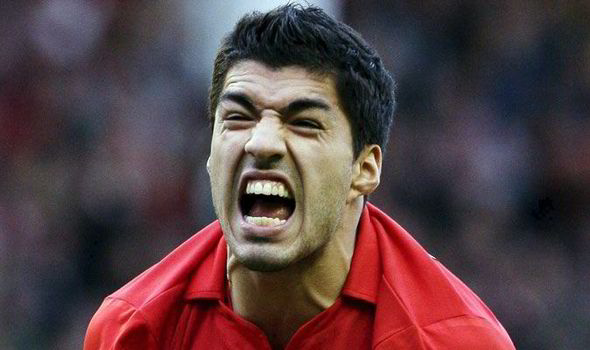 While playing for Ajax against their fierce rivals PSV Eindhoven in an Eredivisie match at the Amsterdam Arena on 20 November 2010, Luis Suarez committed his first biting offence. During a melee between players of both sides, Suarez sunk his massive chompers into PSV attacker Otman Bakkal.

It wouldn't be the last time he opted for a bit of man meat.

On 21 April 2013, during the Premier League match between his next club Liverpool and Chelsea at Anfield, Suárez bit Chelsea defender Branislav Ivanović. 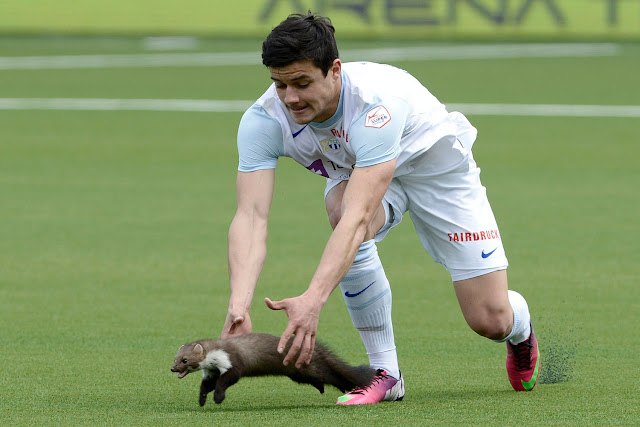 What's a Pine Marten you might ask? Well according to a quick google search it belongs to the mustelid family, which also includes mink, otter, badger, wolverine and weasel.

How a Pine Marten factors into this list is down to one particularly savage one invading the pitch during a Swiss Super League game between FC Thun and FC Zurich in 2013. Not only did it bite Zurich defender Loris Benito, but it actually took his finger off! 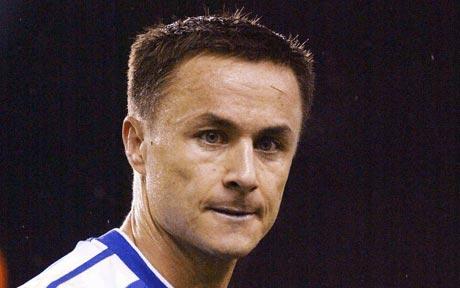 Speaking of little shits, there were few players as irritating in the 1980's and 1990's as Wimbledon and later Chelsea midfielder Dennis Wise.

During a Cup-Winners’ Cup semi-final at Stamford Bridge between his Chelsea side and Real Mallorca, he bit centre-back Marcelino on the hand and only escaped punishment from UEFA because there was nothing in their disciplinary code at the time relating to biting. 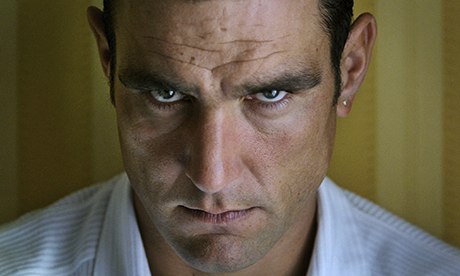 Notorious hard-man and now film tough guy Vinnie Jones has had a colourful life on and off the pitch. He's probably not the type of guy you'd want to share a beer with though as the late Daily Mirror journalist Ted Oliver found to his horror in 1995.

Running into Jones at a hotel in Dublin, when Oliver introduced himself to the slightly intoxicated Welsh international, Jones leaned in and bit him hard on the nose. As the journalist stood bleeding, Jones just laughed "I always do that to people!” 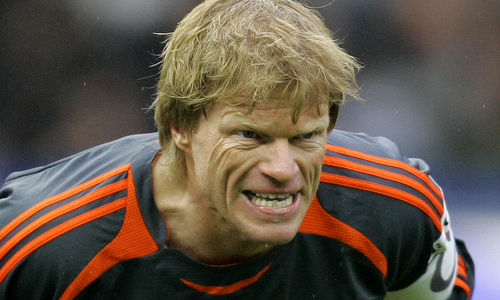 Former maniac German International keeper Oliver Kahn once enjoyed a violence filled match for his club Bayern Munich against Dortmund in 1999. He first nibbled on the neck of Heiko Herrlich, before launching into a flying kung-fu kick to striker Stephane Chapuisat's kidneys!
SHARE SHARE SHARE