FC Schalke 04, one of the more famous names in German football, were involved in a scandal nearly ninety years ago that for a brief moment looked to have put the club's existence in jeopardy.

Prior to the start of the Bundesliga in 1963-1964, German football was comprised of a collection of sub-regional and part-time leagues.

In the late 1920's the regional Western German league saw the emergence of a powerful side from Gelsenkirchen who at that stage called themselves FC Gelsenkirchen-Schalke 04.

The club won the title in 1929 and 1930, but on 25 August 1930, the league banned fourteen players of their players for receiving illegal payments.

After an investigation by German football authorities, it turned out that the club had paid the players ten Reichsmarks instead of the maximum five for away matches.

In an era of strict amateurism in German sport, along with economic hardship in the country, this was considered an outrage and the league had no choice but to come down heavy on Schalke.

The players, including star striker Ernst Kuzorra, were banned for the entire 1930-31 season. In addition to this, eight members of the Schalke board were suspended and sadly club treasurer Willie Nier committed suicide by drowning himself in the midst of the scandal.

It was a dark period for the club, but they would return with a vengeance by winning the 1932 and 1933 titles after the ban had run it's course. 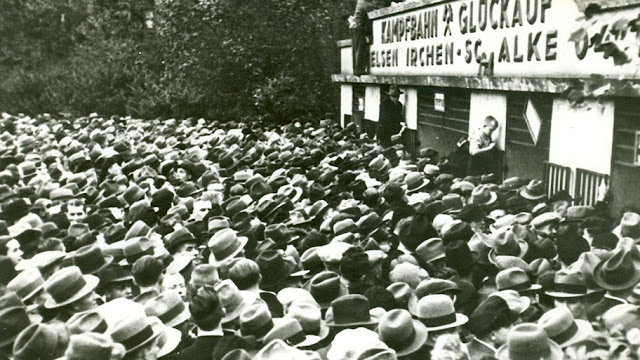