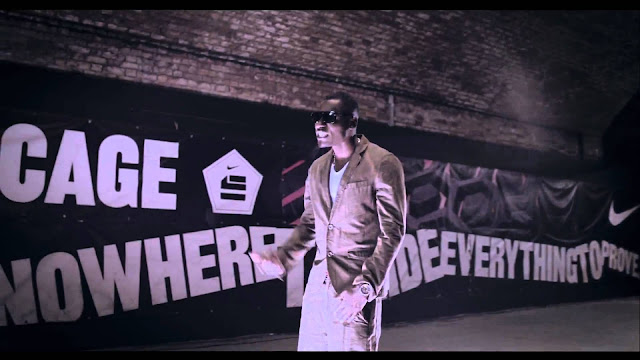 Football and music are not always the best bedfellows. While the songs of supporters up in the stands is one of the best aspects of attending a live match, when professional musicians wade in and get their mitts on football related material the results sometimes leave a little to be desired.

Here are five songs about footballers:

The great Len Shackleton, a star for Sunderland in the 1950's and the self styled "Clown Prince of Football", had a song named after him in 2002 by Chumbawamba called Song for Len Shackleton. Like much of Chumbawamba's songs that weren't called "Tubthumping" it's more than a little dodgy.

Hansi Müller, a West German international in the early 1980's who played his club football for VfB Stuttgart and Inter was celebrated by German punk band named Die Walter Elf with the little ditty
“Hansi Müllers Schniedelwutz” – which translates as “Hansi Müller’s penis". Don't be put off by the name though, it's actually a pretty decent track.

Sticking with punk, the English group Half Man Half Biscuit released a bizarre, but catchy track in 2001 entitled "Bob Wilson, Anchorman" named after the former Arsenal goalkeeper and television pundit. At only a minute and a half this number doesn't overstay it's welcome.

Grime crew Ruff Sqwad sympathized with the headline grabbing former Manchester City striker Mario Balotelli with their release "Why Always Me?" in 2012 with the great man himself providing a few sound bites for the track. I actually really dig this one, but I'm on a grime kick at the moment.

Pundit and former Chelsea striker Pat Nevin was known for his great taste in music, and in fact did some DJ work on the side, in an era where most footballers in England were into Phil Collins. I'm not sure what Nevin would think of The Tractors ode to him, entitled "Pat Nevin's Eyes" though. Like most of us he probably thinks it's terrible.