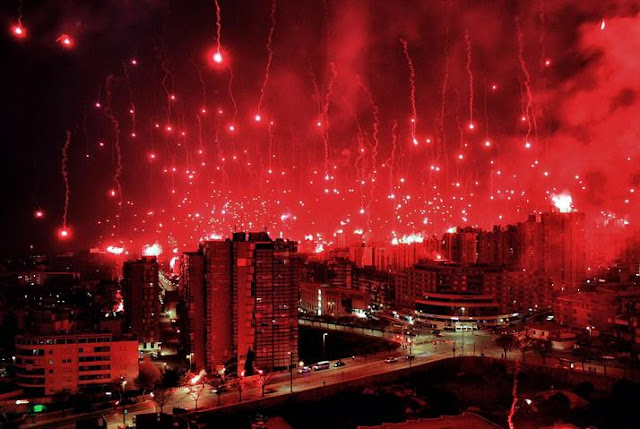 105 years on the 13th of February 2016. To have tradition stretching past the two major World War's makes Hajduk a truly unique club in the Balkans. Since Hajduk's inception, the city of Split has been part of the Austro-Hungarian Empire, the Kingdom of Yugoslavia, Italy, Socialist Yugoslavia and finally present-day Croatia. Hajduk has endured through it all. Monarchy, Fascism, Communism and three major wars to become one of the most successful and best supported clubs in the balkans and at times all of Europe.

It all started in the city of Prague. A group of students from Split were in Prague and attended a match between Sparta Prague and Slavia Prague. After the match, the group went to
U Fleků, a historic pub in Prague and discussed the idea of forming their own Football club back in Split. The meeting went smoothly, the founders knew they wanted the club to be as inclusive as possible for the people of Split, Dalmatia and Croatians everywhere. 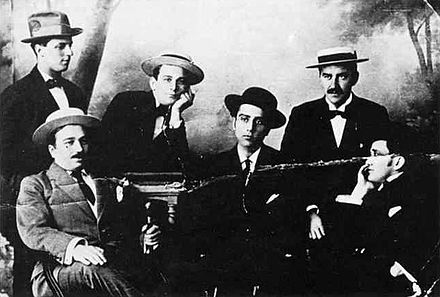 However, one important aspect of the club couldn't be agreed upon: the name. Legend has it that the students frustrated by their failure to come up with a suitable name for their club stormed into their professor's office to ask for his suggestion. Quickly, the professor told them that they should name the club Hajduk because they had stormed his office like a band of Hajduci (Hajduk in plural).

In folkloric tradition they were romanticised heroes who rallied their troops against the monarchical authorities for freedom, representing the disenfranchised, the poor and the weak. A befitting name when you examine the club's leadership, players and fan base from past to present. One prominent figure who represents this ideal well is the legendary captain Frane Matošić.

Frane was born in Split 7 years after Hajduk's inception when they were still a trophyless club. He started playing for Hajduk as a teenager and immediately made an impact and would go on to become Hajduk's all-time leading goalscorer with 211 official goals or 729 if you include unofficial matches. He would go on to help the club win 6 of its first 8 championships but it's what he did off the field that has had the biggest impact on his legacy. In 1941, Italy had formally annexed the city of Split and much of the region known as Dalmatia.

Hajduk was offered a place in the Italian Serie A under the name AC Spalato but as acting captain, Frane Matošić refused and the club disbanded. Frane went on to join Bologna F.C. in 1942 and had a successful campaign as Bologna's top goalscorer. While in Italy, he got word that Hajduk was to be reformed in secret, continuing operations on the island of Vis, about 50km from Split. He snuck out of Italy and smuggled himself back to allied-controlled Croatia and joined the team in Vis.

Soon after the war with the Allied forces victorious, the leader of the newly formed Yugoslavia, Josip Broz Tito, wanted to move the club to the new capital Belgrade and rename the club Partizan. Frane refused and the team stayed in Split while other clubs either disbanded or were replaced by bigger clubs in the major cities. Dinamo Zagreb, Red Star Belgrade, FK Sarajevo and of course Partizan Belgrade were all founded after the war. Frane would go on to retire as a Hajduk player in 1955 and then managed the club over two stints in the 50's and 60's.

During this first golden age of Hajduk's history, a supporter movement never seen in Europe before would form. It was 1950 and Brazil was to host the World Cup for the first time. Yugoslavia, silver medalists at the 1948 Olympics, were strong contenders for the title but were unfortunately drawn with Brazil who would knock them out of the tournament with a 2-0 scoreline. Despite the result, this match would go on to inspire the people of Split who had heard about the unique support given by the Brazilian supporters known as Torcida who sang, chanted, waved flags and hung banners in support of Seleção. A few months later and Hajduk was on top of the league and about to play rivals Red Star who were also competing for the title. Unbelievably, with only two fixtures remaining, Hajduk was undefeated but still needed to win their last two matches to ensure the Yugoslav league title.

On the eve of the big match, Hajduk supporters congregated and decided that to help the team be victorious they could show them a level of support not seen before in Europe and thus Torcida Split was born. Hajduk went on to win the penultimate against Red Star 2-1 and became the only Yugoslav team to end a season undefeated after they defeated Budućnost 2-0 a fortnight later. Torcida has a strong presence all over Croatia and specifically the region of Dalmatia where graffiti in honour of the club can be found in virtually every square mile of Croatia's beautiful coastline. Much like the Hajduci of past, Torcida have, since their initial ban by Yugoslav authorities in 1950, been defiant, unified and expressive. It is said that there has never been an official Hajduk match since that has not been attended by Torcida; from Split to Zagreb, Toronto, Hong Kong and everywhere in between.

Hajduk Split is a far cry from the club it was in its heyday (ranked 12th best UEFA club in 1979 and 1980) amassing only 2 of its 38 major trophies in the past 10 years. However, the support for the club has never wavered. Hajduk has continued to be arguably the most supported club in Croatia despite not winning the league in 10 years. In the past Hajduk has succeeded in competing with clubs with better resources and influence through a strong focus on the youth academy. Once known as one of the best youth academies in world football, Hajduk has shown a renewed interest in developing players as spending money on transfers has drastically reduced in the past several years. This direction seems to slowly be directing the club into the right direction and is already starting to pay dividends. 18 year old midfielder Andrija Balić has just been sold to Udinese for €3 Million and his former teammate Nikola Vlašić, also 18 years of age, is expected to garner an even larger amount when he is eventually sold. 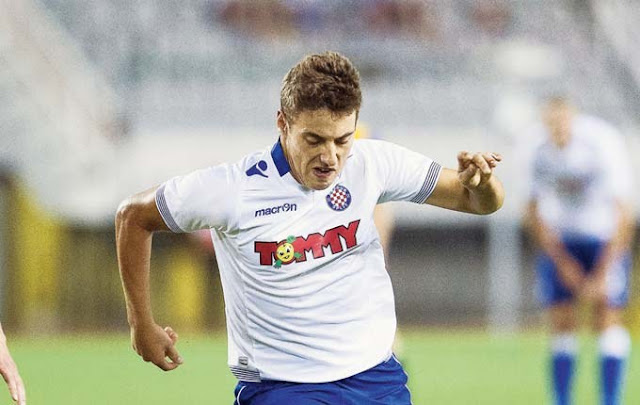 On the 105th anniversary of the club, Hajduk will host Slaven Belupo (17:00 CET) in their first league match since the long winter break. Win, lose or draw the match will be a celebration of a club that has persevered as a symbol for those millions worldwide who share the ideals of the romantic Hajduci of centuries past.

This article was sent in to us by Luka Stephen Baresic.
Luka is a lifelong supporter of Hajduk Split and the Croatian National Side.
He regularly take part in our FootyFair Roundtable Discussions.
SHARE SHARE SHARE