5 Reasons Why Messi is Brilliant, But Maradona is Still the Best in My Eyes 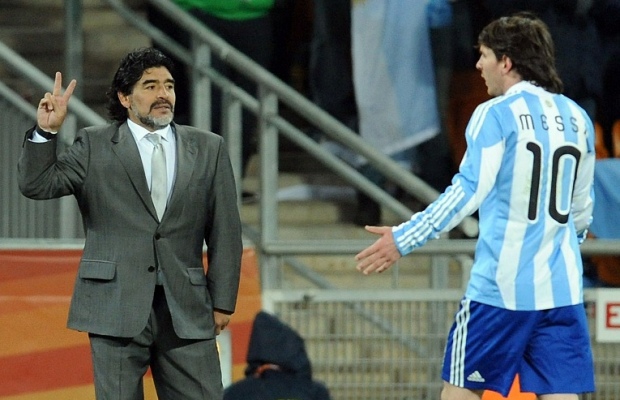 So Lionel Messi has strolled off with yet another Ballon d'Or this week and you can't say that he's anything but deserving.

But inevitably people have begun to champion Messi as the greatest of all time yet again, and while he is a phenomenal player that has torn up the record books in recent years he still hasn't quite measured up to his brilliant countryman Diego Maradona in my opinion.


While opinions aren't facts, and like assholes we all have them, I do have a few reasons why I see El Diego as just that much better than Messi. Here are my top five reasons: