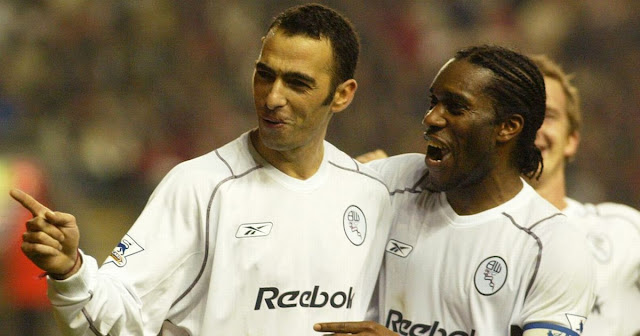 While he has often been accused of being a man who favours a robust or long ball approach to the game, new England manager Sam Allardyce actually enjoyed eight good years at Bolton Wanderers in the previous decade, where he was able to combine tough workmanlike players with a surprising collection of skillful internationals.

Big Sam, somehow managed to stretch Bolton's meager budget to convince the following big name players to aid him in his, ultimately successful, quest to keep the Greater Manchester area club in the top flight in the early to mid-2000's: Almost immediately after guiding Bolton into the Premier League in 2001, Big Sam was able to secure a loan deal for Olympique Marseille defender Bruno N'Gotty to help shore up the side's back line. Despite a rocky start to life at the Reebok Stadium, the former French international became a steady fan favourite, who made a permanent switch to the club in 2002 and then went on to five great seasons at the club. 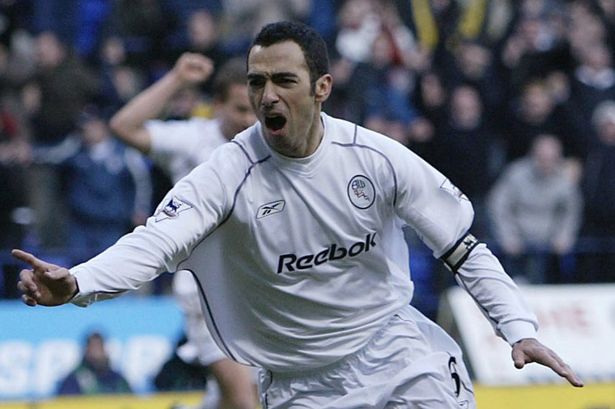 In 2002, Allardyce unexpectedly secured the signature of French international Youri Djorkaeff who had played a big role in his country's victory in both the 1998 World Cup and Euro 2000. The classy forward would grace the Reebok for parts of three seasons before departing for Blackburn Rovers in the summer of 2004. 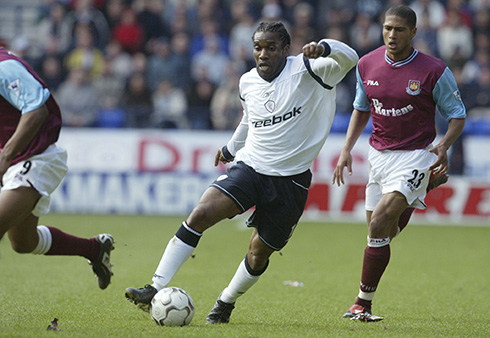 Certainly Big Sam's biggest coup while in charge of Bolton was his landing the then 28-year old Nigerian international Jay-Jay Okocha on a free transfer from Paris St-Germain in 2002. The talented player quickly showed the adoring Wanderers supporters why he had originally gone to France for £14 million only four years before turning up at the Reebok. With his incredible technique winning over the crowds, t-shirts started to turn up in Bolton with the caption "Jay-Jay Okocha: So Good They Named Him Twice". 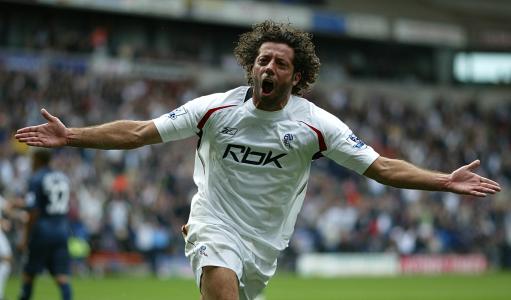 Despite being a key member of the Real Madrid side who captured the UEFA Champions League in 2000, Spanish international defender Ivan Campo had fallen out of favour at the Bernabeu two seasons later and was loaned out to Bolton in 2002. After a solid first season with the club, he was expected to return to Madrid but instead Big Sam persuaded him to sign a permanent deal to remain at the Reebok. Campo became a hero with the fans with his combative style and occasional wonder strikes, such as his 43-yard pile driver against Tottenham in August 2006. After 141 appearances for the club, he departed for Ipswich Town in 2008.

The late Welsh international Gary Speed was considered over the hill when he joined Bolton from Newcastle United in 2004, but the ultra-fit and inspirational midfielder went on to form a important part of Bolton's underdog heroes. In 2005 he partnered up in the centre of the park with another surprise signing in former Real Madrid captain Fernando Hierro to help Bolton finish sixth and subsequently qualify for the UEFA Cup for the first time in the club's history.
SHARE SHARE SHARE