One & Done - Football Clubs That Won Their League Just Once 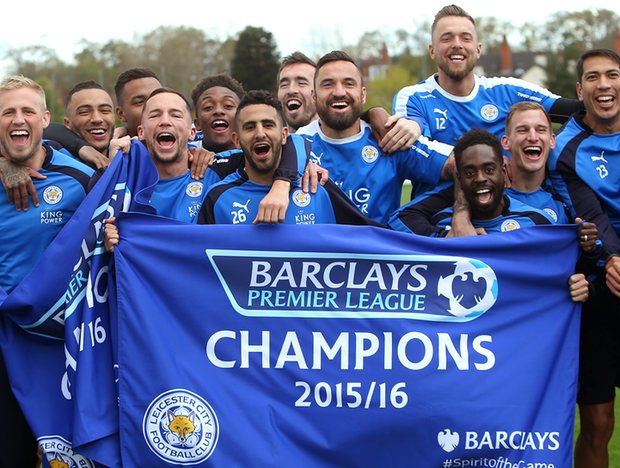 With Leicester City miraculously clinching their first ever English league title and after what has already been labeled as one of the most incredible surprises in the history of football, we here at FootyFair would like to take a look at some other clubs from around the biggest leagues in Europe that have captured their domestic title just once. Of course, it is not a guarantee that The Foxes will not repeat this feat once again, but let's face it, the chances are fairly slim. 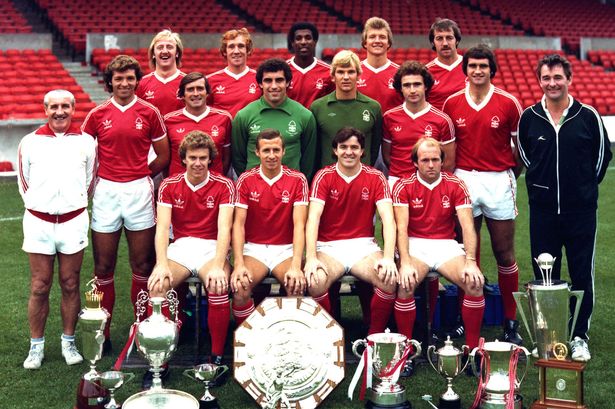 Perhaps Blackburn's 1994-95 performance was the most recent shocker as far as title runs in England are concerned, but as interesting as that was, the Rovers' title that year was their 3rd in the club's history having claimed the honor of best club in England in 1912 and once more in 1914.

To find the most recent "one-off" league winner in England we will have to look back as far as the 1977-78 season when Brian Clough's infamous Nottingham Forest side shocked the English football world as they brushed aside the likes of Liverpool, Everton, Manchester City, Arsenal and the rest of the First Division to claim the league title without a single home loss on the season. Winning the European Cup the following year cemented Clough's Forest into the history books of football forever.

Before Forest, it was Ipswich Town who claimed the Football League First Division title during the 1961-62 season after being lead by Ray Crawford's league-matching best 33 goals on the year. Managed by Alf Ramsey, who later went on to manage the English National Team to their only FIFA World Cup victory in 1966, The Tractor Boys finished atop the league 3 points ahead of Burnley to claim their one and only English top tier title to-date. 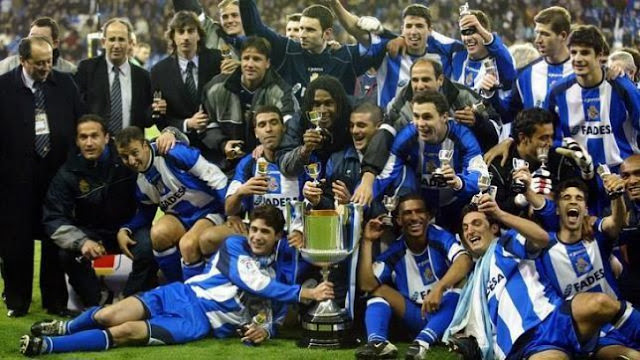 The La Liga is definitely a tough league to compete for a championship in unless you are one of either Barcelona or Real Madrid. As a matter of fact, only 7 other clubs have ever claimed the domestic title, with 3 of those winning it just once.

Most recently, it was Deportivo La Coruña that shocked the Spanish footballing scene when they were able to come ahead of defending champions Barcelona and Real Madrid (who finished 5th that seasons) during the 1999-2000 campaign. La Coruña's home form was a major part in the title race as shocking 2-0 & 3-0 defeats to Numancia and Racing Santander were the club's only losses at home the entire season. With a 2-2 against Zaragoza being the only other blemish for Deportivo La Coruña at the Estadio Municipal de Riazor, the club managed to collect 16 wins on home soil and finish 5 points ahead of Barcelona to claim the La Liga title. Dutchman Roy Makaay's 22 goals on the year were the club's best and good for 4th overall in the league.

The other two Spanish sides to win the league championship just ones were Sevilla and Real Betis, with the former coming 1 point ahead of Barcelona in 1946, while the latter completing the feat in similar fashion at the end of the 1934-35 season as they finished one point clear of Real Madrid to finish the year. 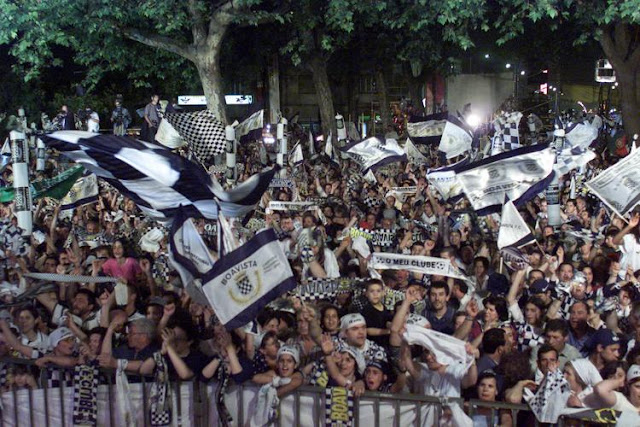 In a league dominated by just three clubs in its 82 year history, only two clubs outside of SL Benfica, FC Porto and Sporting CP have been able to capture the league title; both claiming the Portuguese championship just ones. In 1946 it was Belenenses who managed to win the league, finishing one point ahead of SL Benfica during the 1940's era which saw Sporting win the majority of titles.

Most recently however, it was the unlikely run of Boavista during the 2000-01 season, who despite not having a goal-scorer in the top 10 in the league managed to clear FC Porto by a single point to win the Portuguese title. A remarkable season in which the club lost just three times in their 34 match schedule gave The Panthers their one and only domestic championship trophy. 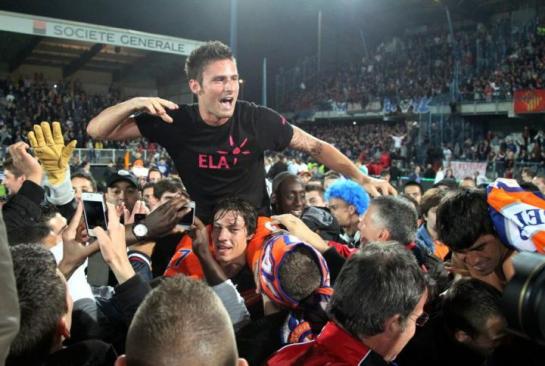 The French top tier had seen nineteen different title holders over the history of the league, with seven clubs having won the title just once to-date. In most recent years Montpellier, RC Lens and AJ Auxerre have managed to capture the French championships. Montpellier's title came in 2011-12 who were led by the goal-scoring prowess of now Arsenal striker Olivier Giroud to finish atop the table, 3 points clear of PSG.

In 1997-98 it was the unlikely success of club RC Lens from Northern France, who finished ahead of FC Metz on goal differential after finishing the season tied on 68 points. And two years earlier, during the 1995-96 season it was club Auxerre who captured their only French title to-date coming in 4 points clear of both AS Monaco and PSG. 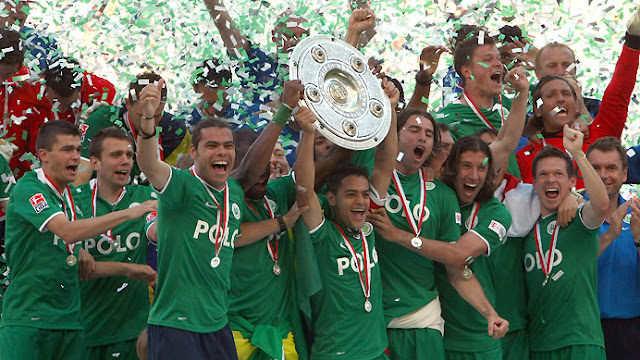 Over its long and colorful history, German top tier football has been mostly dominated by a single club. FC Bayern has claimed the title a record 25 times thus far, while no other club in the country has ever reached double digits. That said, there have been numerous other clubs that have claimed the status of best side in Germany, albeit not for a very long stretch of time.

But despite Bayern's domination of football in "Deutschland", a total of 13 clubs have managed to win the league on just one ocassion, with one club now a very succesful side in another country. The club I'm talking about is Austrian Sportklub Rapid Wien, who won the German championship in 140-41 after Austria's annexation to Germany.

More recently however it was VfL Wolfsburg during the 2008-09 season who captured the first place in the Bundesliga with 8 matches to go in the season and would not let it go until the final day to win the club's first and only title so far. The secret behind Wolfsburg's success was the striking partnership between Brazilian "one year wonder" Grafite with his league best 28 goal tally and Bosnia's talented striker and future Manchester City and AS Roma goal-scorer Edin Džeko with his 26 goals. Managed by the always odd bench-boss Felix Magath, the club shocked German football by coming 2 points ahead of the always dominant Bayern Munich. 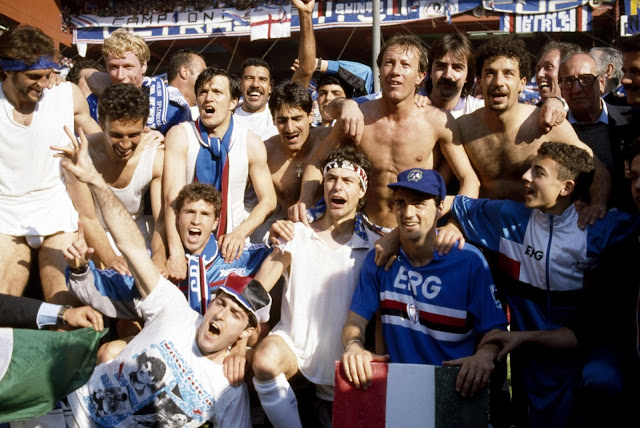 The most recent first-time winner in Italy was well-known club UC Sampdoria who captured their first and only Italian title to-date at the conclusion of the 1990-91 season. With defending champions Napoli having a sub-par season, "Doria" who were led by the striking power of Roberto Mancini and league scoring leader Gianluca Vialli, pounced on the opportunity to take advantage of everyone else's mediocrity in the league on the year. With a record of 20-11-3 Sampdoria was able to come in first place, 5 points clear of both Inter and AC Milan to capture their first domestic title.

Hellas Verona who were recently confirmed as the first of three clubs to be relegated to Serie B for next season also won one Italian title to date, that in the 1980's. Cagliari, who will be switching places with Hellas Verona having all but secured promotion to Serie A for next season also won but one title in the club's 95 year history, coming 4 points ahead of Internazionale to claim the 1969-70 Italian championship.