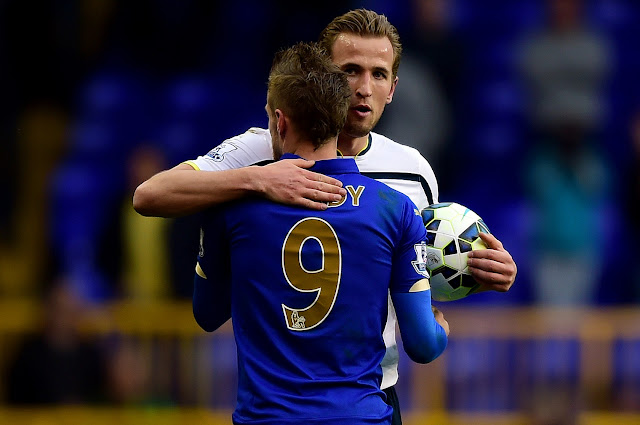 As a surprising EPL Season drew to a close this past weekend, our FootyFair contributors got together to list their team's of the year.

GK: David de Gea - As another poor Manchester United season, in the post-Alex Ferguson era, drew to a close some reflected on how worse it could have been without David de Gea. Thanks to Real Madrid's busted fax machine, the Spanish keeper was still around to save United's bacon on numerous occasions and keep them at least close to Champions League qualification until the final week of the season.

DF: Héctor Bellerín - A product of Barcelona's famed youth setup, Héctor Bellerín shone for Arsenal in his first full season. The quick right back provided an effective overlapping attacking threat for the Gunners while also proving himself to be a solid defender.

DF: Wes Morgan - The captain of Premier League Champions, Leicester City, Wes Morgan was a rock at the back for the most unlikely English title winners in decades.

DF: Toby Alderweireld - Although Tottenham's season ended a decidedly sour note as they went into a bit of a spin in the last month and ended up losing the second spot in the final league table to rivals Arsenal, you can't lay any of the blame for that on the impressive Toby Alderweireld. The big Belgian international has been imperious for Spurs this season.

DF: Ryan Bertrand - It might be forgotten by some that Ryan Bertrand started the 2012 UEFA Champions League Final for Chelsea playing in left midfield, but he never was able to quite lock down a place in the starting eleven of the West London club for long. Southampton snapped him up in 2015 after a successful loan spell and Bertrand has gone on to become one of the best left backs in the league.

MF: Riyad Mahrez - Three years ago, Algerian international Riyad Mahrez was playing in Le Harve's reserve side, now he is the creative dynamo who led Leicester City to the title. Mahrez has been nothing short of brilliant this season and will likely be on everyone's team of the year.

MF: N'Golo Kanté - Another relatively unknown player that the Foxes brought over from France who has paid off in a big way is N'Golo Kanté. While Mahrez was responsible for the side's inspiration, Kanté provided the perspiration as he zipped across the pitch snuffing out danger wherever it presented itself. The defensive midfield lynchpin that all modern sides need.

MF: Dele Alli - Although he still has a few aspects of his game that need to be developed, Tottenham's Dele Alli is perhaps the most naturally gifted English playmaker since Paul Gascoigne. Alli is a quick, inventive and has a real eye for goal.

MF: Dimitri Payet - West Ham's Dimitri Payet provided several terrific memories for Hammers fans in this last season at the Boleyn Ground as his inspired play, and David Beckham-like freekicks, helped the side finish in the top half of the table.

FW: Jamie Vardy - What more can you say about Jamie Vardy? Like his club Leicester City, Vardy has dominated headlines all season as the unlikely striker, who was playing the semi-professional Conference four years ago, has bagged 24 league goals in 35 appearances in firing his team to the title.

FW: Harry Kane - Edging out Vardy by one goal in the scoring charts with 25 league goals in 36 appearances is Tottenham striker Harry Kane. Proving that the previous season's breakout wasn't a fluke, England international Kane is now an incredibly important player for both club and country.
SHARE SHARE SHARE