EPL Most Disappointing XI of the Year (Kon's Picks) 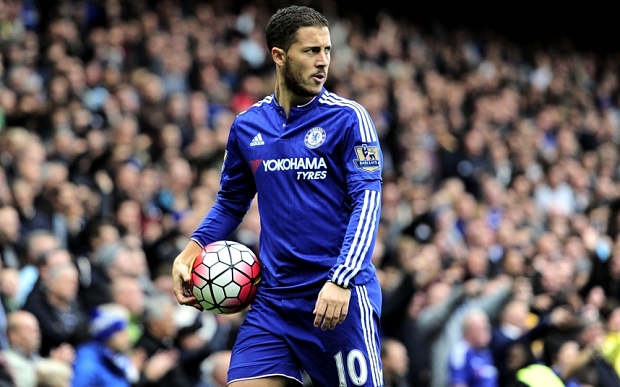 So, myself and Iain were supposed to choose our "EPL Team of the year" in back to back days as we did last year, but given the fact that the list of best XI on the season is near unanimous no matter who you ask, I decided to take a look at some of the most disappointing footballers in the Premier League this season instead.


GK: Simon Mignolet - Liverpool
With embarrassing errors leading to goals from the likes of Sunderland and West Brom, Simon Mignolet could be seen as one of the major reasons Liverpool didn't finish two or three spots higher in the table. To be truly honest, this is not the first year the Belgian keeper has performed a lot worse than I expected and is perhaps the first position Klopp should be looking at in this summer's transfer window.

DF: Joleon Lescott - Aston Villa
I really could have compiled this entire list from Aston Villa footballers alone, but Lescott has gone above and beyond to become an outcast in the Aston part of Birmingham. From his terrible Twitter etiquette to the performance on the pitch, the experienced center-back should have been the one to bring stability to the Villains, but instead has made the club's relegation season that much more difficult.

DF: Eliaquim Mangala - Manchester City
Mangala is one of the most expensive defenders of all time and yet he just looks one step behind in a majority of his appearances for Manchester City. Plagued by injuries, the Frenchman has looked out of his element on the occasions he did play for the Citizens this year.

DF: Sebastián Coates - Sunderland
When you are cut from a club that needs all the defensive help they can get, you know there's something wrong. And so was the story of Sunderland's Urguayan center-back Sebastián Coates who was loaned out to Portuguese side Sporting CP after having played 16 matches in which he contributed with an awful own-goal, with Sunderland sitting second last in the standings before his departure.

MF: Gokhan Inler - Leicester City
31 year old Swiss Midfielder Inler was a big signing for small Leicester City. Coming over from Napoli Gokhan was perceived to be a perfect replacement for the departing Esteban Cambiasso, but the pace of the league proved to be too much for the Swiss. Instead, younger, less-known midfielders shined for The Foxes as the minnows won the league title with Inler not even receiving a champions medal due to too few appearances.

MF: Bastian Schweinsteiger - Manchester United
Schweinsteiger's signing was a pretty big deal for Manchester United but it was clear almost from the very start that the German footballing star's age is catching up with him. EPL's pace seemed to be too much for Bastian when he wasn't injured and proved to be a financially terrible move for United.

MF: Memphis Depay - Manchester United
Another Man United signing that did not pan out the way most have envisioned it, Dutch winger Memphis Depay had a pretty entertaining start to his career at Old Trafford but has dipped drastically in form as the season went on. Unlike Schweinsteiger, Depay is only 22 years old and could still prove to be a good signing for The Red Devils, but as far as this season goes, it was a major bust!

MF: Florian Thauvin  - Newcastle United
He showed up at Tyneside in a tuxedo, but his departure was not as glamorous as he was loaned out back to Marseille after 12 underwhelming appearances for the Magpies. As a Newcastle supporter I expected a lot more from the 23 year old Frenchman and was likely not the only one.

MF: Eden Hazard  - Chelsea
A big part of Chelsea's title charge last year Eden Hazard was probably the most disappointing footballer of the entire season. With so much talk of leaving Stamford Bridge for Real Madrid and the high superstar status it almost seemed like the pressure has gotten to the Belgian wonder with sub-par performances all throughout the year.

FW: Christian Benteke  - Liverpool
Belgian big striker Benteke's signing with Liverpool was the beginning of two stories: One which saw his former club Aston Villa relegated as they could not cope without the departing forward's goalscoring prowess, while the other is the story of Benteke's inability to copy his days with Villa as he struggled to score at the same rate with his new club.

FW: Alexander Pato - Chelsea
Not to say that anyone expected a miraculous stint with Chelsea from the former starlett, but Pato's move to the EPL was always an intriguing one. But after featuring for his new club just twice (and scoring a goal) the Brazilian never looked to be able to crack the first team, making him (and his bench buddy Radamel Falcao) irrelevant as far as Chelsea's season was concerned.
SHARE SHARE SHARE