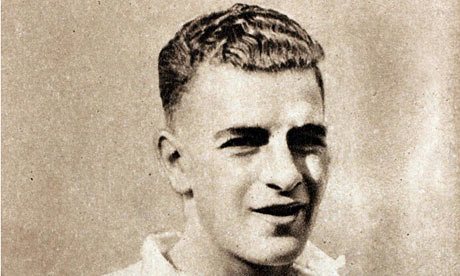 Scoring a hattrick in a league match is a great accomplishment, and one that sees you take home the match ball, but what do they give you for scoring ten goals?

Payne, who was a reserve team player that only made it into the squad against Rovers due to injuries to Luton's regular strikers, took his chance and scored a record tally for an English League match that still stands to this day.

After his goalscoring exploits against Bristol Rovers, Payne nailed down to a first team spot and would lead Luton to a Third Division title the following season as he found the net an incredible 55 times.

His exploits earned him an England cap, where he scored 2 goals in an 8-0 rout of Finland, and a big money move to Chelsea in 1938.

He continued to find the net with regularity for the West London club, scoring 21 times in 38 appearances, but his career was virtually ended by World War 2 and he would never play for England again following the end of hostilities.

Payne passed away at age 61 in 1975, but his accomplishment of scoring ten goals in one match was honoured with a plaque in front of where his home stood in Chesterfield in 2005 by the Football Association.
SHARE SHARE SHARE