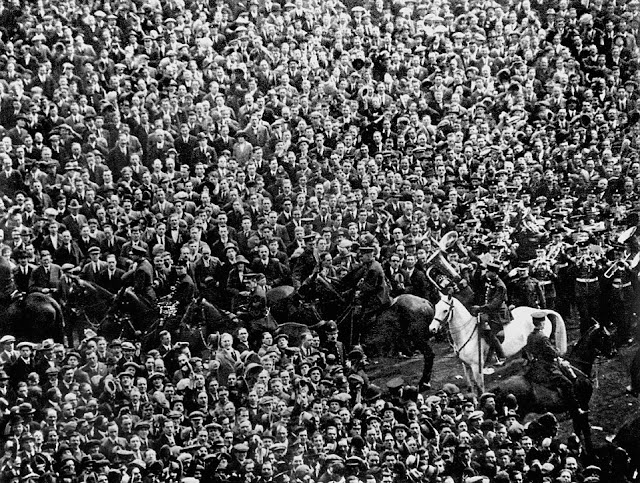 On 21 May 2016, the 135th FA Cup Final will be played at Wembley Stadium in London, England between Manchester United and Crystal Palace.

It's the tenth final of the football world's oldest cup competition to be staged at the new national stadium.

Although the new Wembley saw Chelsea edge out Manchester United in a pretty dull encounter during its maiden season of operation, it's predecessor hosted an altogether more memorable affair when it opened its doors over ninety years ago.

On 28 April 1923, an estimated crowd of 300,000 descended upon Wembley to see West Ham take on Bolton Wanderers for the FA Cup.

The crowd, excited to see the brand new stadium that had cost an estimated £750,000 and in large part to cheer on East London favourites West Ham, were well in excess of the official 125,000 ground capacity. 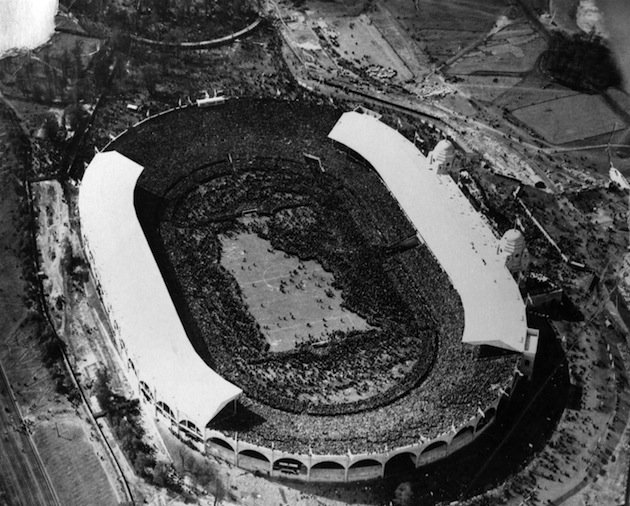 Crowds surged out from the terraces, and spilled onto the pitch and it took considerable effort from the police to force them back so that the match could be played at all.

In particular, constable George Scorey on his white police horse named Billie did much to clear the pitch and the nickname of "The White Horse Final" was later tacked onto this match by reporters.

The crowds around the pitch still made things interesting for the players, as several were caught up in a tangle of supporters when attempting to take throw-ins or corners and David Jack's thumping second minute goal for Bolton hit a fan standing behind the goal that knocked him unconscious. 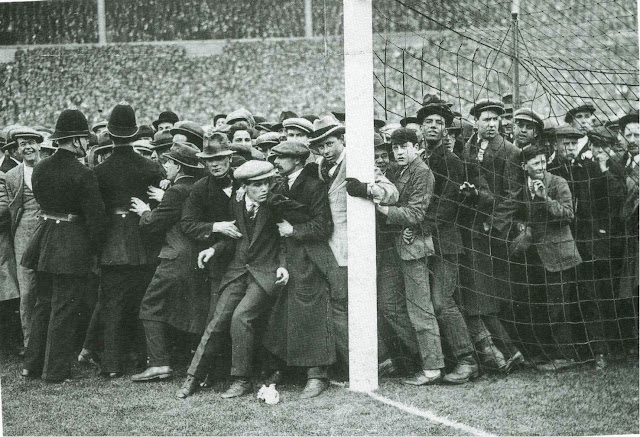 Bolton doubled their lead through Jack Smith in the 53rd minute through controversial circumstances, as a pitch side Wanderers supporter appeared to have passed a ball heading into touch up to Ted Vizard, who crossed for Smith to score.

West Ham also protested in vain that the ball hadn't even gone in at all, but had in fact hit the post.

In the midst of the chaos, the Hammers tried to get the match abandoned but the referee waved them away and their opponents hung on to claim the first FA Cup handed out at Wembley.