Stan Collymore is Right - Villa Players Have Let Their Supporters Down 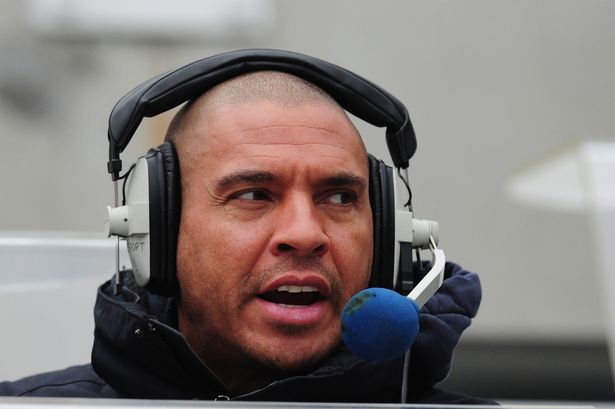 Aston Villa: former European Cup winners, the biggest side in England's second biggest city and for twenty-eight straight seasons solid mainstays in the top division of English football. But no more, as they were unceremoniously dumped into the second tier on Saturday as a result of their 1-0 loss to Manchester United.

It may have been a case of death by a thousand cuts for Villa, due in large part to the seemingly inept hiring practices of American owner Randy Lerner who filled up the Villa Park boardroom with a collection of incompetents and stood by as one ill suited manager after another was rotated through the club.

Besides Villa's problems in the boardroom and on the touchline though, there has been a shocking lack of effort turned in by several members of the club's well numerated playing staff.
This hasn't gone unnoticed by the club's fans or several former players.

Besides their lacklustre performances on the pitch, some of the squad members behaviour away from Villa Park hasn't shone the most positive light on them.

Joleon Lescott hardly endeared himself to the locals after tweeting a picture of his luxury sports car following a 6-0 drubbing by Liverpool back in February. He later pathetically claimed to have pocket posted the picture, which anyone with a smart phone can tell you is virtually impossible. 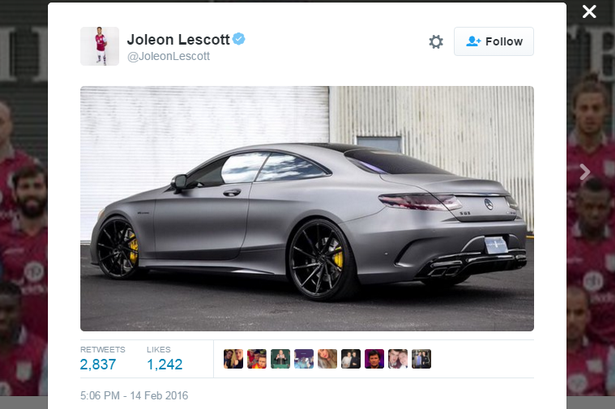 The embattled former Manchester City defender stuck his foot in his mouth even further following Saturday's defeat when he told the BBC:

"It's about results so regardless of how we played in patches today we are relegated ... but now it's confirmed maybe it's a weight off the shoulders and we can give these fans what they deserve, some performances." 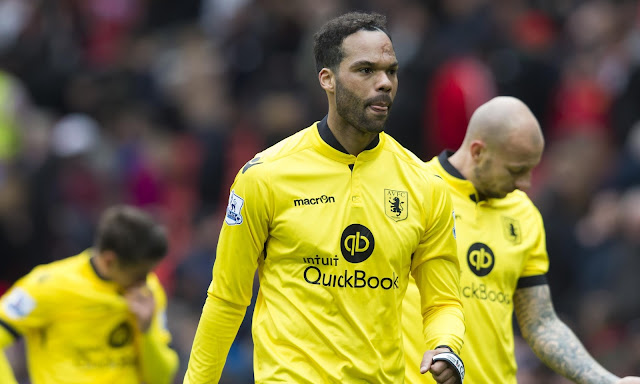 Former Manchester United and Aston Villa star Paul McGrath wasted no time picking up on Lescott's ridiculous comments and took to hammering the former England man on Twitter. He accused him of being a "scum bag who only went there for the money".

Similarly, lifelong Villa fan and Talksport broadcaster Stan Collymore, who himself played for the club in the late 1990's, let him have it on air:

"I would love Joleon, or any other Villa player, to call me up in all seriousness," Collymore said.

"I would like any Villa player – particularly Joleon Lescott – to come on and first explain the tweet [with the sports car after the Liverpool defeat]. But, today, this is a senior international footballer: "Now confirmed, maybe it's a weight off the shoulders."

Why's it a weight off the shoulders, Joleon? It should hang on your shoulders in Dubai, in 'Marbz', with a gold bottle with the ace of spades on it in the summer when you and Gabby (Agbonlahor) and Leandro (Bacuna) are all going to be laughing when your agents take you off to other football clubs.

The Villa staff - it's a real weight on their shoulders. People who are getting made redundant, people who have been there for 20 years, who don't know where the next pay cheque might come from.
'You're a disgrace. You've hid behind players like [David] Silva and [Sergio] Aguero but when it mattered today with your hometown club - who you profess to support - you've helped them go down."

Although Lescott didn't take Collymore up on his offer to appear on Talksport, the player did send him a direct message that the outspoken broadcaster 'accidentally' tweeted to his followers.

"We need to sort this out, you think I'm a tit, I got a similar opinion of you," Lescott said.

"Tried to get in touch via Jack which you didn't want so now I'm askin [sic] you do you really wanna get together and sort this out as men."

Collymore retorted:  ''Sort it out as men? Your [sic] not talking to some of the lightweights in the dressing room now. You'll see me in good time, probably this season.

''In the meantime, try not to say anything else stupid on Twitter or in post match press comments because, to be honest, the car thing was f***ing embarrassing and today to say the weight was now off the shoulders was a good insight into the shambles that is the dressing room.''

Collymore is of course right. Despite the problems at board level, Villa has the seventh highest paid squad in the Premier League and the performance levels of much of them has been laughable. They let their supporters and themselves down this season.

It's easy to hang problems on managers and owners, but why shouldn't players stand up and be counted?

In another example of how little Villa's players appear to care about the club's predicament, on Monday night it was reported that Gabby Agbonlahor was out on the town in London on Saturday following their defeat, boozing with friends and getting into the laughing gas.

If there's any justice, Agbonlahor, Lescott and company will get laughed at by prospective clubs when their agents are shopping them around this summer.
SHARE SHARE SHARE