Home » EPL , Middlesbrough , Newcastle United , Sunderland » Middlesbrough FC: The Only Club to Represent the North-East in the EPL Next Season?

Middlesbrough FC: The Only Club to Represent the North-East in the EPL Next Season? 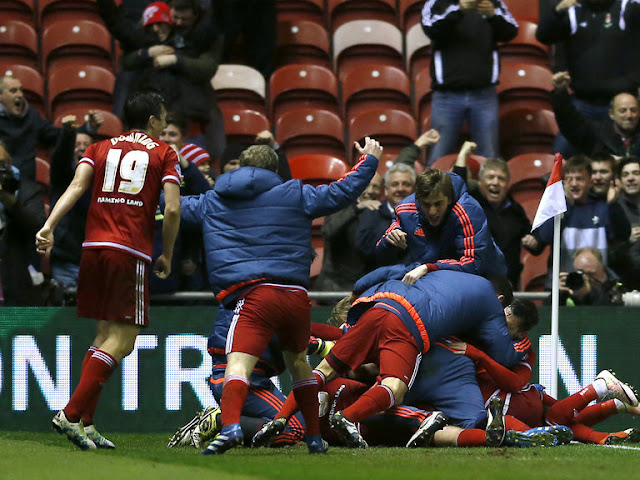 After their 25th victory of the season on Tuesday, a 2-1 home win over Reading FC, Middlesbrough FC sits first in the Football League Championship table with only five matches remaining in their campaign. A successful season through the first 41 matches has already guaranteed Boro at least a shot at the promotion playoffs, but a finish in the top two spots will hand the club an automatic spot in the Premier League for the 2016-17 season; their first in England's top tier since they were last relegated at the end of the 2008-09 EPL campaign.


With Newcastle United and Sunderland AFC dominating NorthEast's footballing scene most years, next season could prove to be one in which Middlesbrough is the one in the spotlight. With the Black Cats and Magpies deep in relegation battle and the Premier League season winding down, Boro could be the only club from the region featured in the top tier next season; a phenomenon that has not occurred many times in the past.

One would have to look all the way back to EPL's first season under the new league format in 1992-93 to find the last time Middlesbrough played in England's highest league while both Newcastle and Sunderland were competing in a lower tier. To be fair, before researching the exact season this was the case last time I was sure I would have to dig even further; on the other hand, if my math doesn't fail me, that was a cool 23 years ago.

Undoubtedly, the tyne-wear derby between the Toon and Sunderland is one of the most exciting and intense clashes in all of England. After all, when the two sides lock horns league standings and general recent success becomes irrelevant, with the two towns nearly coming to a halt on derby day with its citizens either at the stadium or glued to the TV screen. Nonetheless, the Tyne-Tees derby between Middlesbrough and Newcastle and the Tees-Wear tie in which Boro contests Sunderland are also noteworthy rivalries in English football; two derbies that may not be contested next season even if The "Smoggies" achieve the highly sought after promotion. 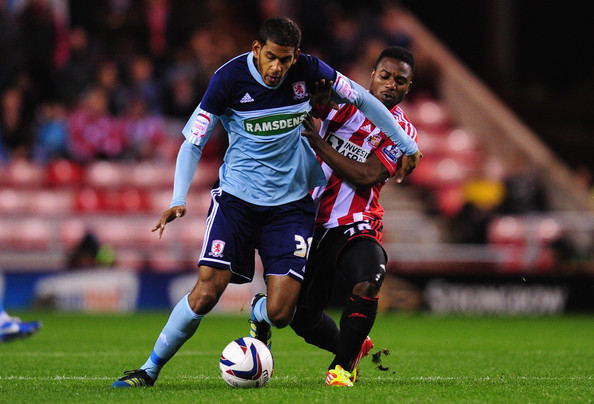 Middlesbrough's main rivals are Sunderland, with the two club's stadiums just over 30 miles away from one another. The two sides last met in the League Cup in October of 2012, with Middlesbrough winning the match by a final score of 1-0 despite playing one tier lower than their rivals. As for Newcastle United, Boro hasn't been able to defeat the Toon in the last 7 tries, with their last victory over the Magpies coming at the end of 2006.

If league standings in both the Championship and Premier League indeed stay as they currently are, Middlesbrough's fans will not experience a tie with either of their rivals (barring a League Cup or FA Cup draw); an idea that is perhaps both disappointing and intriguing at the same time. After all, as exciting as derby meetings are, avoiding rivalry distraction mid-season could be crucial for a newly promoted side to keeping their focus on staying in the top league. 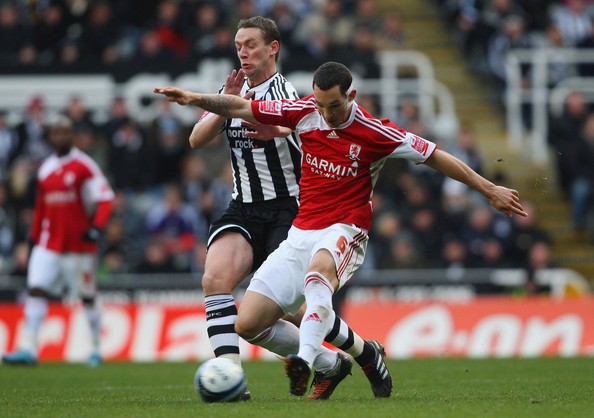