5 Footballers Remembered for All the Wrong Reasons 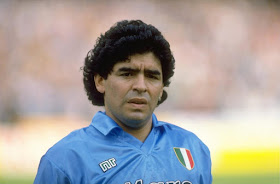 What's the first thing that comes to mind when someone mentions Diego Maradona?

Is it his mazy dribble against England in 1986, the Hand of God, or his drug scandals?


Like several players in football's history Maradona is often remembered for all of the wrong reasons. While his genius with a ball should be celebrated, he's often associated with his crimes and misdemeanours.

Maradona was, in my humble opinion, the most talented player that ever lived. While many will point to the ludicrous scoring exploits of Lionel Messi, Maradona played in an era where the tackle from behind was still legal, referees were far more lenient and he plied his trade in Serie A during the league's golden period where easy matches were virtually nonexistent.

While he should be remembered for his ability rather than his issues and missteps, it's hard to brush all of his problems aside at times.

The following are five other footballers remembered for all of the wrong reasons: 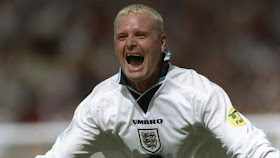 The most naturally gifted English footballer in decades, Paul Gascoigne lit up Italia 90 as he dragged England through to an epic Semi-Final with West Germany, where they would eventually fall on penalties. Unfortunately he would never play on the world's greatest stage again and is now sadly remembered for wasting his talent thanks to his alcoholism, spousal abuse and bad behaviour. 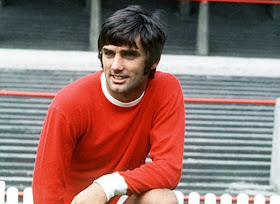 Between 1965 and 1970 there was arguably no better player in the world than Northern Ireland and Manchester United winger George Best. European Footballer of year in 1968 after leading United to glory in the European Cup, Best was on top of the world. But his wild lifestyle, which mainly stemmed from his alcoholism, saw his career stall and he was essentially finished with top flight football when he left Old Trafford at only 27 years of age. A life time of hard drinking eventually led to Best's death in 2005 at age 59. 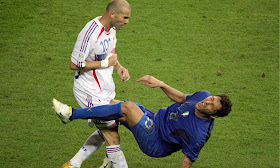 While Gascoigne and Best's off the field issues have taken some shine off of their legacies, former French international Zinedine Zidane added an unfortunate last chapter to his brilliant playing career for one moment of on-pitch madness. Playing his final match as a professional footballer in the 2006 World Cup Final against Italy, Zidane opened the scoring for the French before Italy equalized through Marco Materazzi. That man Materazzi would then provoke Zinedine in Extra Time into planting a head butt into the Italian's chest. With that Zidane was shown a red and his career ended in disgrace, while Italy would go on to beat France on penalties. 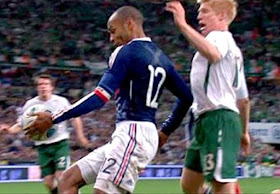 Another player remembered for a single on pitch indiscretion that slightly overshadows some of his brilliance is Zidane's fellow Frenchman, Thierry Henry. One of the greatest strikers in not only Arsenal's history but the English Premier League, Henry shone brightly for the first decade of the 21st century as he carved open defences across Europe. In most of Ireland though he's still thought of as a dirty cheat whose blatant handball kept them out of the 2010 World Cup. 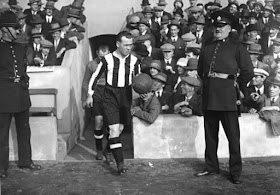 Scottish striker Hughie Gallacher, stood at only 5'5, but during the 1920's and 1930's he wracked up an incredible 463 goals in 624 senior games through quick reflexes, strength and will power. Newcastle United supporters have a history of idolizing their "number 9's" and this likely started with Gallacher whose 36 goals in 38 matches, while captaining the Magpies at age 23, led the club to their last league title in 1926/1927.  Sadly, Gallacher suffered with depression following the end of his playing career and the death of his wife. He struggled to find a place for himself and a steady income following his retirement from football, and then in 1957 he was arrested for assault after throwing an ashtray at his 14 year old son. The day before he was due in court he sadly ended his own life at age 54 when he threw himself in front of an express train.
SHARE SHARE SHARE