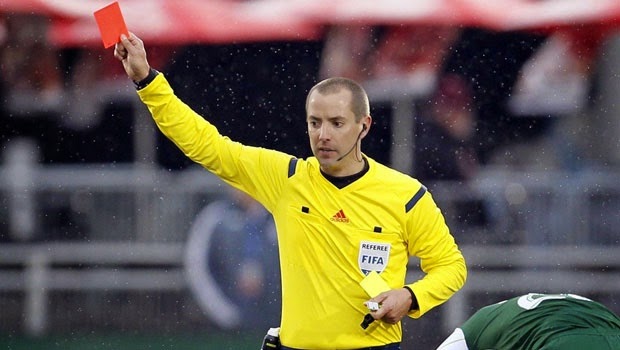 It's not a secret that Major League Soccer is well on its way to becoming a well recognized football league. Since its inception in 1996 the league has taken big strides to becoming a talent-producing, quality football, competitive league. But there is one big issue that needs to be addressed if the league is to receive any real credibility among the many top football leagues across the world; the absolutely terrible refereeing.

I have in fact started to follow the league in its inaugural season, when the talent on the pitch was average at best and penalty-kicks were taken by a player running at the goalkeeper in a 1-on-1 fashion from midfield. But perhaps it was the young age of the league and the lack of talent spread across every team that refereeing was given somewhat of a break and is now in the spotlight instead.

As league owners and officials made decisions to put MLS up on the global footballing map rules were changed to reflect those of the worldwide game, football specific stadiums were built, designated players are being signed and academy systems are being put into place to produce homegrown talent. Attendance is now pushing the averages of those in France in Netherlands and the league is seemingly getting more and more followers outside of the US and Canada. But all of these improvements are putting perhaps its biggest problem directly into the forefront.

Watching any MLS match, even of the highest quality is very often ruined by what I can only call simple and stupid mistakes from the referees. After some frustrating calls last season, Toronto FC captain Michael Bradley said "The people at the MLS office in New York, when they talk about wanting to improve the league, the first thing that needs to be improved is the refereeing," and he's right, although it may seem as an excuse for a Toronto team that hasn't done very well in its short history, some refereeing decisions make the league seem amateur.

Just this past weekend in a match between Toronto and Chicago the refs couldn't make a simple decision in which the ball clearly went off one player behind the goal (with nobody in near proximity) and yet somehow the referee awarded a corner-kick instead of an obvious goal-kick, a simple decision that could have changed the game massively. In leagues like the EPL, La Liga, Budesliga etc, refs also make mistakes, but when it comes to the small details these trained professional have a much better understanding of the game. For instance, not every referee sees exactly what happens on a given play, however, understanding concepts such as trajectory and physics is what helps refs make the right decisions many times during a match. The way the ball bounced out of touch in the instance of the wrong corner-kick call, was an instant giveaway as to who was in fact the player that touched the ball last. 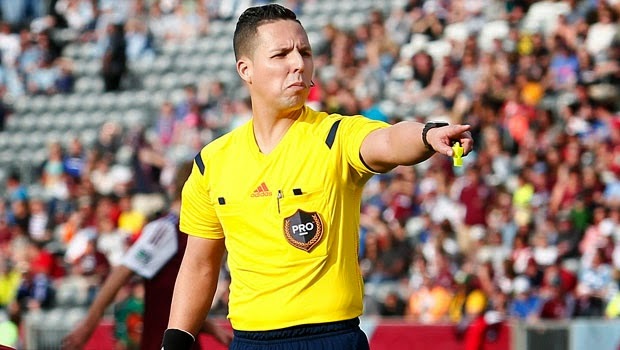 Aside from actual on the pitch calls there are a few more issues with the standards of MLS referees which makes the league unwatchable at times; the default 1 and 3 minutes added time is one that drives me nuts. If you ever watched an MLS match it is very likely that in a perfect almost predetermined like sequence the added-time in the first half was a single minute, while at the end of the 90 the injury minutes were determined to be 3. If I had to guess, this occurs in at least 90% of MLS matches. As minuscule as this may seem however, this is a huge problem which reflects the fact of how little thought MLS referees actually put into the intricacies of a match. On many occasions I have watched a match which involved lengthy injuries, various amounts of yellow and red cards and other miscellaneous stoppages, many of which were never considered when injury-time was displayed on the assistant referee's board.

But it's not like the MLS is doing nothing about it. In 2012 an experienced Premier League referee Peter Walton was hired to run a program called PRO, the "Professional Referees Organization". The PRO oversees and is designed to improve referees in North America and is the main voice of referees in the MLS, NASL, USL-PRO and the NWSL. But while this is a great idea and is a correct move, Walton himself sited that "time" was needed to change things around. But while he wasn't very specific as to how much time is actually required, the program is looking to change the mindset and professional standards of referees across the United States, something that is likely to take up a good number of years, especially considering that almost 3 years on MLS fans are yet to see real change in the way referees on many occasions have a real impact on the final result of a match.

Unfortunately for the spectators, it's a very likely possibility that until the Professional Referees Organization begins to output their own product of new younger referees, the MLS will suffer the same fate it is enduring at the moment; big stage football with big name footballers, being handled by officials that likely would not be chosen to referee third and fourth division matches in places like England and Germany. 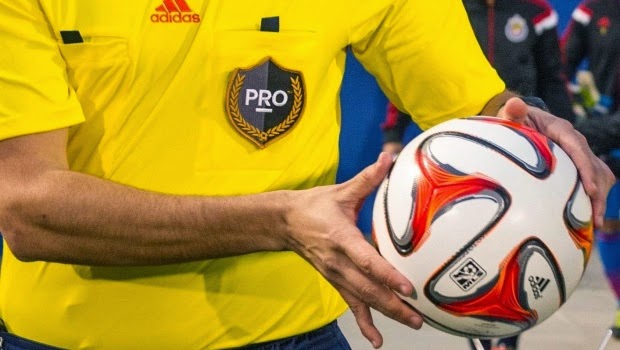