If you are a football fan today is not an easy day for you.

Most newspaper and websites will find a way to add fake news to their regular lineup with the main objective of making the reader look like a fool.

Sometimes the story is so absurd that you can honestly tell that there is no truth behind it and it is nothing more than an April Fools' joke, but sometimes it is so well done that it would have the most rabid fan looking twice and calling his friends to share what he just read.

Most of them have to do with wild transfers or personal aspects of a player’s life, but some others are so outrages and funny that you can’t avoid the laughter.

Three of my favorite April Fools' gathered a life of their own on the internet, and have always become memorable to me in what the day should be all about.

In 2012 a story started to circulate on the internet that Arsenal was planning to test-tube footballers to outsmart Chelsea, Tottenham and Manchester United. This was an obvious joke, but it was funny and well done, to a point that you know it is fake but you still wonder if there is any truth to it.

2013 brought us one of the most elaborate and well done April Fool’s joke of all time. Rickie Lambert did a video where he is being interviewed by New Zealand journalist about the fact that he had made himself available to represent New Zealand. The video is very well done and the addition of Lambert makes the story extremely believable, but it was nothing more than a joke. I am sure many New Zealand hearts were broken in the process.

In 2014 and Austin, Texas publication claimed that MLS was coming to Austin and with it the light rail system. Considering the well-known desire from Austin to have an MLS franchise this story gained massive momentum. The light rail part of the story is what made me think twice about believing it.

Had the writer kept the story to the addition of an MLS franchise and that the team would be located in Austin, I believe most of North America would have taken the bate, hook and liner on this one.

Over the last three years those three stories were my favorite, but I am sure this year will bring us more funny stories, looking forward to see what the day brings us. 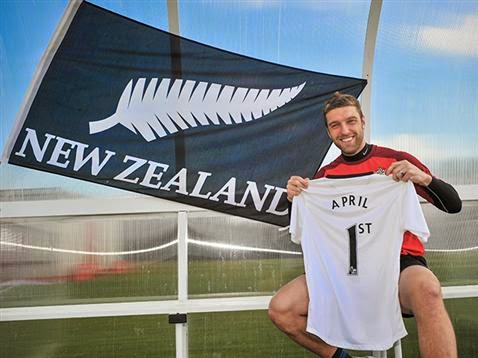