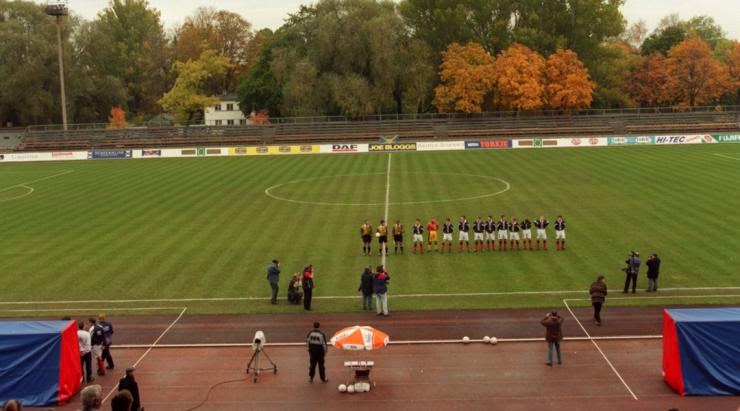 If you were to ask someone what football is all about they would probably say great goals, or perhaps they'd use more of an abstract term like glory or passion.


Those terms do come to mind for me too when thinking about football, but I also think about the sheer madness of it all. Getting up at 4am on a Saturday to drive nine hours to stand in a rainstorm and see your team probably lose on the road, or watching a player get subbed on and within thirty seconds getting sent off for a wild lunge on someone or simply staying up until 1am to argue with a basement dwelling numskull over the merits of ticki-tacka are some of the more minor examples of football madness.

But what of the moments that seem to come straight out of a Z-Grade film on the SfyFy Channel, when football truly loses the plot?

The following are five examples of genuine football weirdness:

The Sheikh Who Got a Goal Disallowed 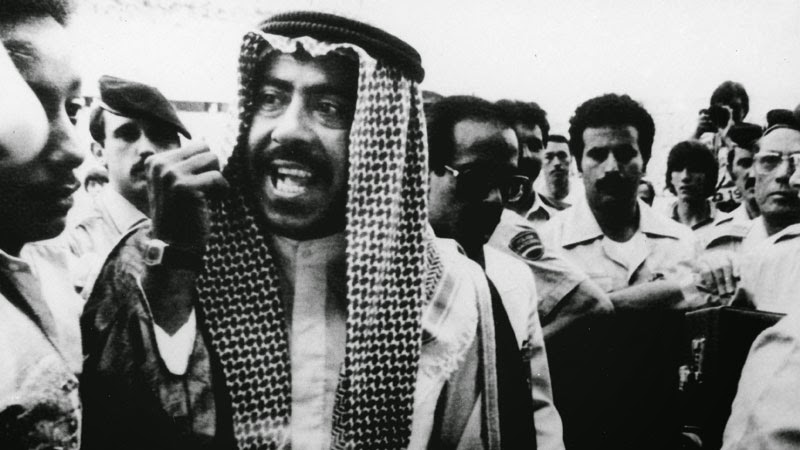 Remember when you were a kid playing soccer in the street with a bunch of your friends, when some filthy cheating ratbag who you didn't really like but you allowed them to join in just so you had enough players would blatantly score a goal with his hand? Then the cry baby kid, who invariably owned the ball you were playing with and was probably named Blake, would scream and cry about the unfairness of it all and take his ball home?

Well a scenario somewhat similar to that happened in the 1982 World Cup. France were thoroughly outplaying Kuwait and already up 3-1, when Alain Giresse scored a very controversial fourth goal that looked miles offside.

Not having any of it, Sheikh Fahad Al-Ahmad Al-Sabah, the President of the Kuwait FA, then tried to either get the match abandoned or France's fourth goal disallowed because his team had stopped running because they had heard another whistle.

Incredibly the referee wilted under pressure and disallowed 'Les Bleus' fourth goal and the match restarted as if it had never happened.

The French would have the last laugh though as they added a legitimate fourth goal later in the match.

Flare for the Dramatic

In September of 1989 with Chile needing a win at the Maracana to have any chance of reaching the 1990 World Cup, but down a goal to Brazil with only twenty minutes to play, Chile's goalkeeper Roberto Rojas executed his wild plan.

As a flare dropped near Rojas' goal mouth, he pulled out a razor blade he had hidden in his glove, cut his forehead and dropped to the pitch with blood streaming from his wound.

His concerned teammates, who may or may not have been in on his plan, rushed to his aid and told the referee that they were leaving the pitch due to unsafe conditions.

The only flaw in the crafty keepers plan was that he had forgotten about the invention of camera's, several of which captured images of the flare dropping nowhere near him, while others showed him cutting himself.

Brazil were awarded a 2-0 win, while Chile were banned from both the 1990 and 1994 World Cups. Rojas himself was banned for life by FIFA.

In a strange twist the fan who threw the flare, Rosemary de Mello, went on to pose for Playboy. 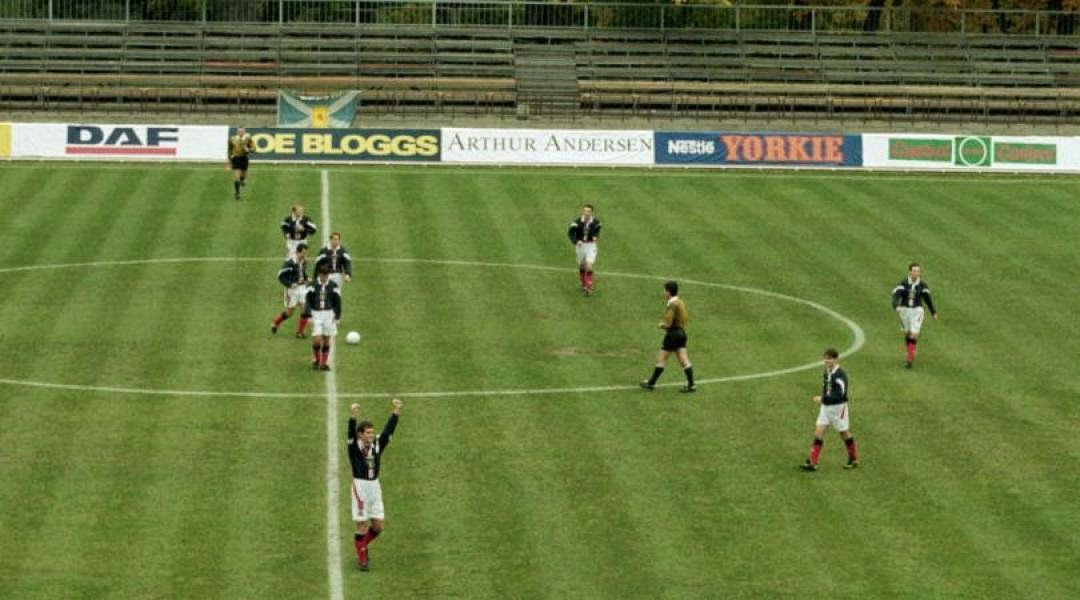 As they stepped on the pitch in Tallinn, Estonia on October 9, 1996 for a World Cup qualifier, the only team that could beat Scotland was themselves. That's not a comment about how poor Estonia were at the time, but because the Baltic nation didn't even show up for this match and I'm not talking figuratively.

With FIFA ruling that Estonia's floodlights did not meet the required standards for an evening kickoff, the match was moved from it's scheduled 18:45 kickoff to 15:00, so the Estonians staged a protest and opted not to turn up for the match.

In order to gain their three points though, Scotland still had to take to the pitch, shake hands with the referee and actually kickoff to make it official.

This farce didn't bother the travelling Tartan Army too much though as they joyfully sang, "There's Only One Team in Tallinn" up in the stands. 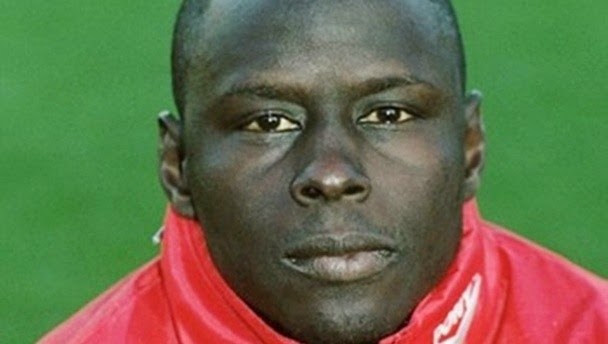 Chances are if you're reading this article, at one point in your life you dreamed of becoming a professional footballer. Hell, you probably still drift off during a morning meeting and dream of smashing a volley into the top right hand corner deep into injury time for your favourite club.

For people like you or I, Ali Dia is a legend. Dia, who had really no football ability that would mark him out as a professional, once conned his way into a one month contract with Premier League side Southampton by claiming to be the cousin of George Weah.

He even convinced then Saints manager Graeme Souness that he had played for Liberia 13 times. With none of the aforementioned facts true in any way, Dia joined Southampton and was thrust into action as a substitute on 23 November 1996 against Leeds United following an injury to Matthew Le Tissier in the 32nd minute. Dia was absolutely woeful and was eventually subbed off himself in the 85th minute.

The gig was up and Dia's contract was quickly cancelled by the club. Le Tissier later said of Dia's appearance: "He ran around the pitch like Bambi on ice; it was very embarrassing to watch."

The Referee is... Wasted? 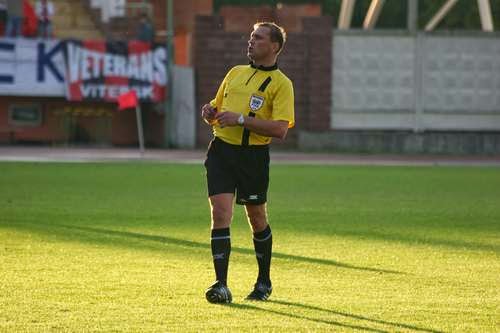 If you've watched football, at some point you've seen some terrible refereeing and likely screamed out your disapproval at the man with the cards, likely questioning his eyesight or his parentage. If you're a fan of a side in the MLS, you likely do this on a weekly basis.

But as poor as some of the displays I've seen from officials they would have to go a long way to match the exploits of Sergei Shmolik who refereed a Belarusian Premier League match between Vitebsk and Naftan in 2008 completely wasted.

Shmolik, who didn't leave the centre circle for the entire match, somehow made it through the entire 90 minutes before being escorted off the field. A blood test run after the match by the Belarusian FA found high levels of alcohol in his system confirming what most people watching the match had already assumed. He was subsequently suspended for his lack of professionalism.

There's been no word yet as to whether or not there is any testing that would determine if a referee is in fact a wanker though.
SHARE SHARE SHARE