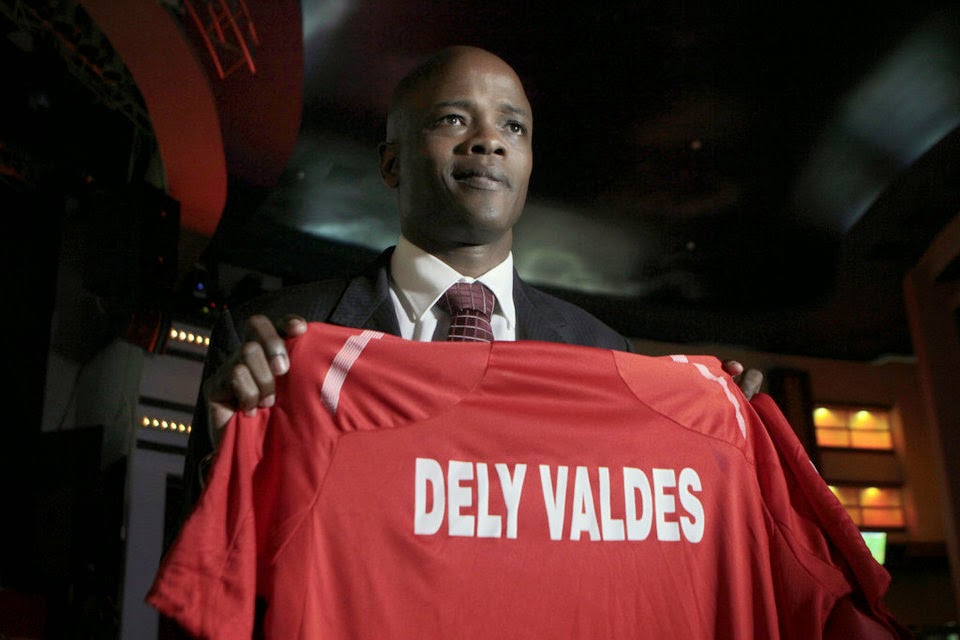 From on the pitch footballer thieves to scoring on your own goal purposely, today we have 5 strange football stories that are hard to believe ever happened...but they did!

In a Uruguayan derby in 1991 between Peñarol and Nacional, Panamanian international Julio Dely Valdés would become a victim of a crime never seen on the football pitch. Valdés who would go on to play for Cagliari and Paris Saint-Germain was known for his habit of wearing flashy gold jewelry, which in those years you were not required to take off before the match in some leagues.

So when Valdés found himself tasseling with a Peñarol defender during a corner-kick, the opposition player Goncalves found this to be a perfect opportunity to snatch one of Valdés' pieces, which he would later hide in his sock. Valdés himself did not notice what had happened, but a cameraman did and so Valdés along with a police officer were waiting for the opposition player after the match. Goncalves would in fact be arrested, but the charges were dropped after he had returned the chain to its rightful owner.

In 1967 eventual legendary Liverpool and Celtic forward Kenny Dalglish was loaned out to Scottish non-league side Cumbernauld United FC. But although Kenny would go on to score 37 times for the small club, he also played in goal, with a photograph of him covered in mud as a goalkeeper still hanging in Cumbernauld's clubhouse.

Saving and Scoring a PK in One Match

During the 1993-94 season Belgian side KAA Gent saw their goalkeeper sent-off with 5 minutes to go and no substitutions left in a league match. Naturally, a field player was picked to step-in to cover the position. Dutch player Eric Viscaal went into goal facing an immediate penalty-kick, a result of the team's goalkeeper being sent-off in the first place. Viscaal made the save, keeping the ball out of the back of his net. Being a goal behind, Gent themselves were awarded a penalty-kick in the dying seconds of the match and the player that would go on to score it was none other than Eric Viscaal himself.

In June of 1996 a Uruguayan match between Peñarol and Danubio FC got out of hand when the home team was down 1-0 and unable to score. The Peñarol supporters started to throw objects onto the field, mostly the usual bottles and rocks. The match went on however until the linesman was hit by one of the objects, which was not something one would usually throw on the field, a motorcycle helmet.

During the qualification stages for 1994 edition of the Caribbean Cup there was a peculiar rule during the group-stage play; any match ending in a draw would go on to penalty-kicks, and the team that wins receive a 2 goal victory.

Well, wouldn't that rule be taken advantage of in a match between Grenada and Barbados. With Barbados needing a two goal victory and leading the match 2-1 the team from the small island nation decided to be creative, so instead of trying to score on their opponents, they just put the ball in their own net. With the game tied at 2-2, Grenada could score on their own net and still progress instead of tricky Barbados, but the team that had just scored on their own goalkeeper would defend Grenada's net, taking the game to the penalty-kicks and sending Grenada crashing out of the tournament.