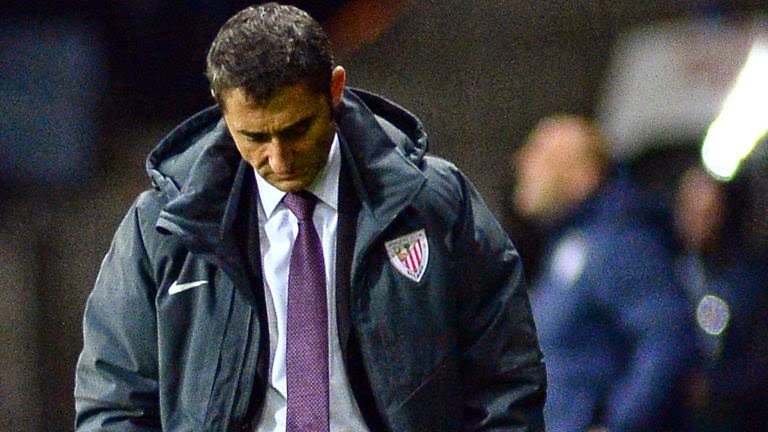 The second week of group play in the UEFA Champions League is now behind us, and while some clubs have turned their fortunes around since week 1, others have not. We take a look at some of the clubs that did not impress us in week 2 action. 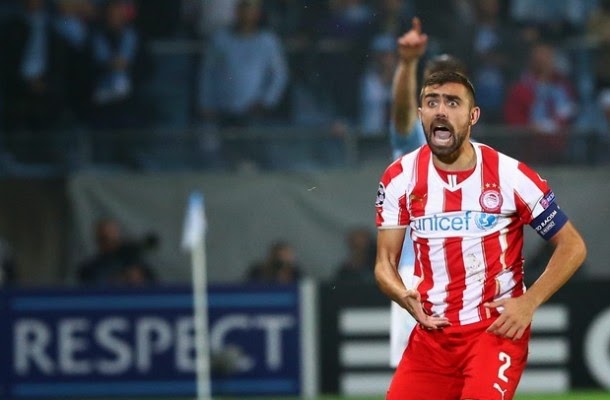 After thoroughly impressing in their first match against last year's finalists Atletico Madrid, the Greek outfit went down to perhaps the weakest team in their group, if not in the whole tournament Malmö FF. Olympiacos' defense struggled and gave away two weak goals to the Swedish club for a 2-0 final loss; the first two for Malmo in the Champions League. With the group all tied up at 3 points per team, Olympiacos will now have to take on Italian champions Juventus to conclude the first half of the group competition, and if they don't perform much better than they did in their last match, they could very well find themselves at the very bottom of the table after next match-day. 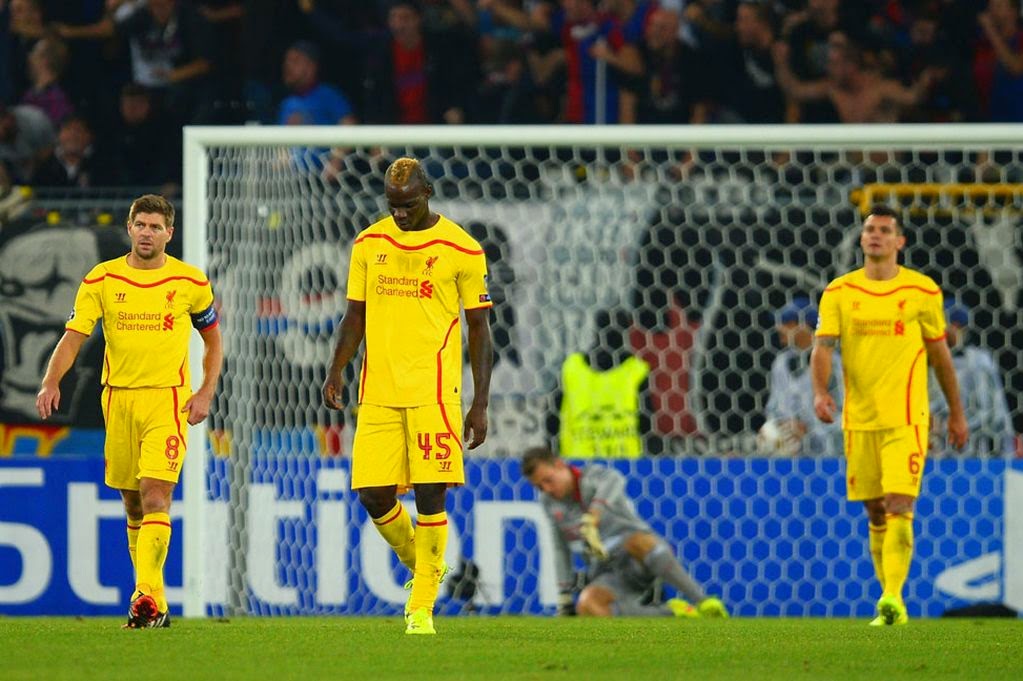 The Reds are now making this list for the second time in a row. But while the last time they were on here was due to an ugly win, this time around is because they could not find the net against Swiss side FC Basel, losing 1-0 at St. Jakob-Park. With 3 points from their first two matches and a meeting against group leaders Real Madrid at Anfield in their next match, Brendan Rodgers' side are quickly digging themselves a hole they may find very hard to climb out of. That and the signs that Balotelli is already getting on the wrong side of the management in his new club could mean an early exit for Liverpool if they don't start performing much better. 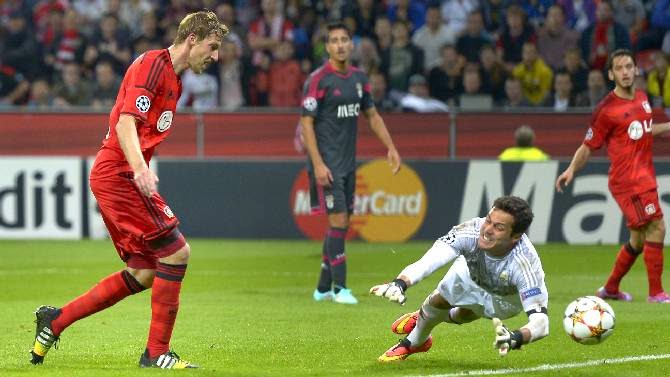 Another club that is making our list for the second straight time is Portuguese club Benfica, who now find themselves without any points after two matches. While their first match loss to Zenit could somewhat be attributed to playing with 10 men, this time around SLB was simply humbled in Germany for a 3-1 final score at the hands of Bayer Leverkusen. They were just not good enough and could have easily conceded three or four more goals after an awful first 60 minutes. And it doesn't get much easier in this group as they meet French runner-ups AS Monaco next. 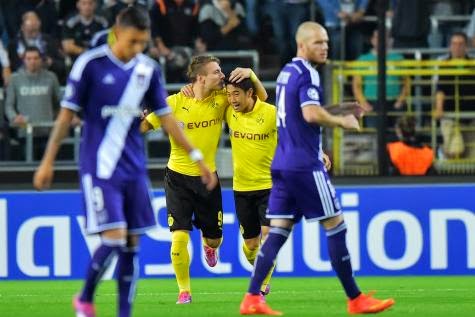 After drawing Turkish side Galatasaray in their previous match, the Belgians were handed a thorough beating on home soil by Borussia Dortmund for a 3-0 final loss. They let the German side take the lead in just the 3rd minute and could not muster much to intimidate their guests. Although they will play at home once more in week 3, their opposition is a tough Arsenal squad, and it seems that home-field advantage won't be a factor anyway as the Belgians could not manage to fill their small 21,000 seat home stadium against Dortmund. 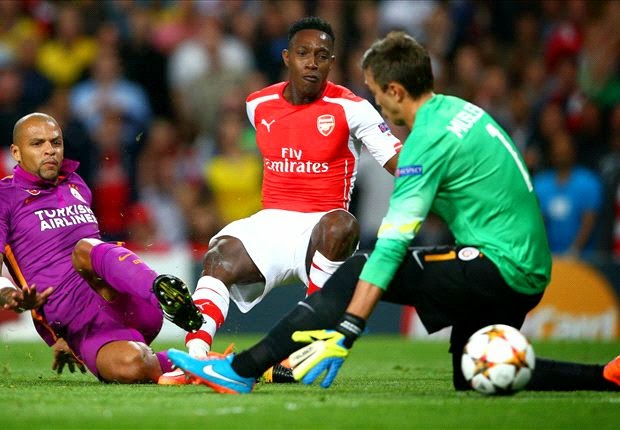 Another one from Group D, and this one is Turkish side Galatasaray who were outclassed by The Gunners in London, for a 4-1 final. Danny Welbeck was free to do as he pleased, scoring a hat-trick against a defense that could not handle the English international forward. In their next match the Turks do travel home where the support is second to none, however, they are facing tough opposition in Borussia Dortmund who are known to be able to win just as well on the road as they do on home soil. 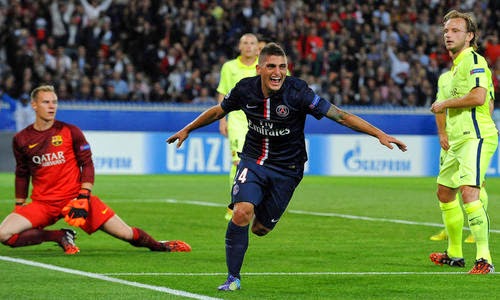 Perhaps if it was not for their very narrow 1-0 win over APOEL in week 1 we would not be talking about Barcelona on this list because a loss to Paris Saint-Germain in France is not such a bad result now days. But the LaLiga side, although most likely still a strong contender to qualify out of their group, is now showing signs of weakness, especially after being 'undressed' twice from set-pieces. Barcelona's next opponent comes in the form of Dutch outfit Ajax in a match that will be played at the Camp Nou, and if Barca will be looking to make a statement perhaps this would be the perfect match as the Dutch club is the most likely to challenge them for that second qualifying spot. 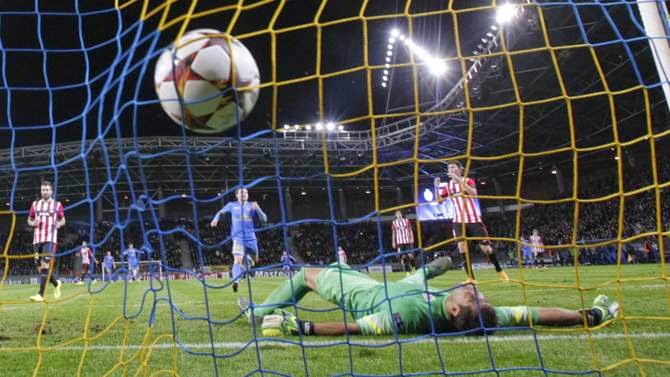 Although they didn't look great in week 1 playing at home against Ukrainian club Shakhtar to a 0-0 draw, I decided to leave the Spanish side out of the first list and see how they can do in the next match-day. Well, now that they show how well they can lose 2-1 to Belarus' BATE, a club who got thumped 6-0 by Porto in the previous week, now perhaps is as good a time as ever to include Athletic to the list of clubs who are not impressing in this year's UEFA Champions League. Now the club from Bilbao must travel to Porto to take on the group leaders who play very well in their home stadium, the Estádio do Dragão.