Roy Keane: The Best Bits of The Second Half 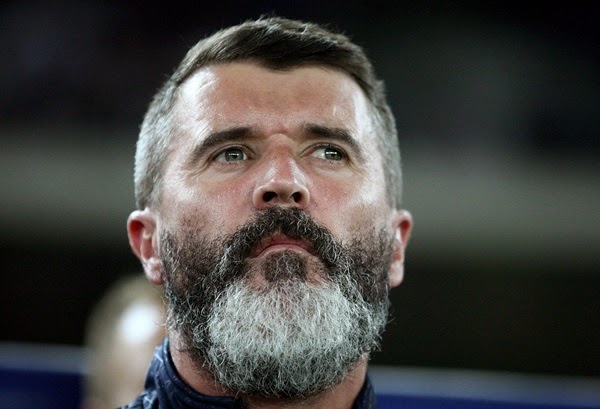 This week saw a flood of incredible excerpts from Roy Keane's second autobiography, The Second Half, appear across the internet and in some of the major media outlets. Whether you admire or hate the combustible Irishman, you can't deny that he has a certain flair for speaking his mind.

The following are a few of our favourite bits that have come out of his book so far.

“I rang Mark Hughes. Robbie [Savage] wasn’t in the Blackburn team and I asked Mark if we could try to arrange a deal. Sparky said: ‘Yeah, yeah, he’s lost his way here but he could still do a job for you.’ Robbie’s legs were going a bit but I thought he might come up to us [at Sunderland], with his long hair, and give us a lift – the way Yorkie [Dwight Yorke] had, a big personality in the dressing room. Sparky gave me permission to give him a call. So I got Robbie’s mobile number and rang him. It went to his voicemail: ‘Hi, it’s Robbie – whazzup!’ like the Budweiser ad. I never called him back. I thought: ‘I can’t be fucking signing that.’”

“My first game [for Celtic] was Clyde, away, in the third round of the Scottish Cup. We were beaten 2-1. It was a nightmare. I wasn’t happy with my own game. I did OK, but OK wasn’t good enough. After the game – the disappointment. As I was taking my jersey off, I noticed the Nike tag was still on it. When I got on the bus John Hartson, a really good guy, was already sitting there and he was eating a packet of crisps – with a fizzy drink. I said to myself: ‘Welcome to Hell.’”

“I said to Ferguson, ‘Can I play for somebody else?’ And he said, ‘Yeah you can, cos we’re tearing up your contract’. So I thought, All right – I’ll get fixed up.


“I knew there’d been clubs in for me when the news got out.

“It might seem strange but you find out about characters when you look to see who’s in charge of the music. A young lad might want to put on the latest sound; an older player might say: ‘I’m the senior player’ and put himself in charge. But I noticed none of the players [at Sunderland] were in charge of the music and this was a concern for me. A member of staff was in charge. I was looking at him thinking: ‘I hope someone nails him here.’ The last song before the players went on to the pitch was ‘Dancing Queen’ by Abba. What really worried me was that none of the players – not one – said: ‘Get that shit off.’ They were going out to play a match, men versus men, testosterone levels were high. You’ve got to hit people at pace. Fuckin’ ‘Dancing Queen.’ It worried me. I didn’t have as many leaders as I thought.”

“We were playing Sporting Lisbon to celebrate the opening of their stadium. I saw how good Ronaldo was that day. He was up against John O’Shea. Sheasy ended up seeing the doctor at half time because he was actually having dizzy spells.


“The club concluded negotiations after the game and we always joked with Sheasy he had actually sealed the deal by playing like a fucking clown."

"I had a bust-up with Peter when we were on a pre-season tour of Asia. I think we were in Hong Kong. There was drink involved. The manager had a go at us as we were getting on the bus, and people were going on about a fight in the hotel the night before. It started coming back to me – the fight between me and Peter. Peter had grabbed me, I'd headbutted him – we'd been fighting for ages.”

Keane on Asking Carlos Queiroz to Mix Up Training a Bit:

"I asked Carlos Queiroz if made love to his wife in the same position every night. I said, you change the position, don't you? Sometimes you have to mix up training a little bit. That's all I'm saying. That's coming from all the players. It's not a personal thing'."

Keane on THAT Tackle on Alf-Inge Håland

"There are things I regret in my life and he's not one of them."

When this particular quote hit the press, Håland tweeted: 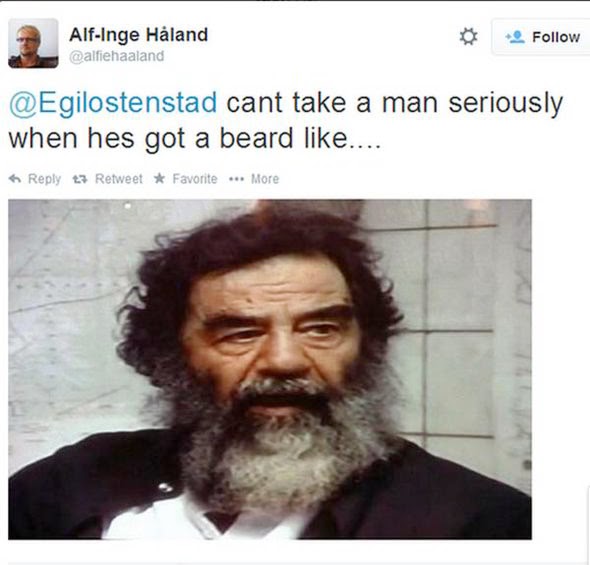